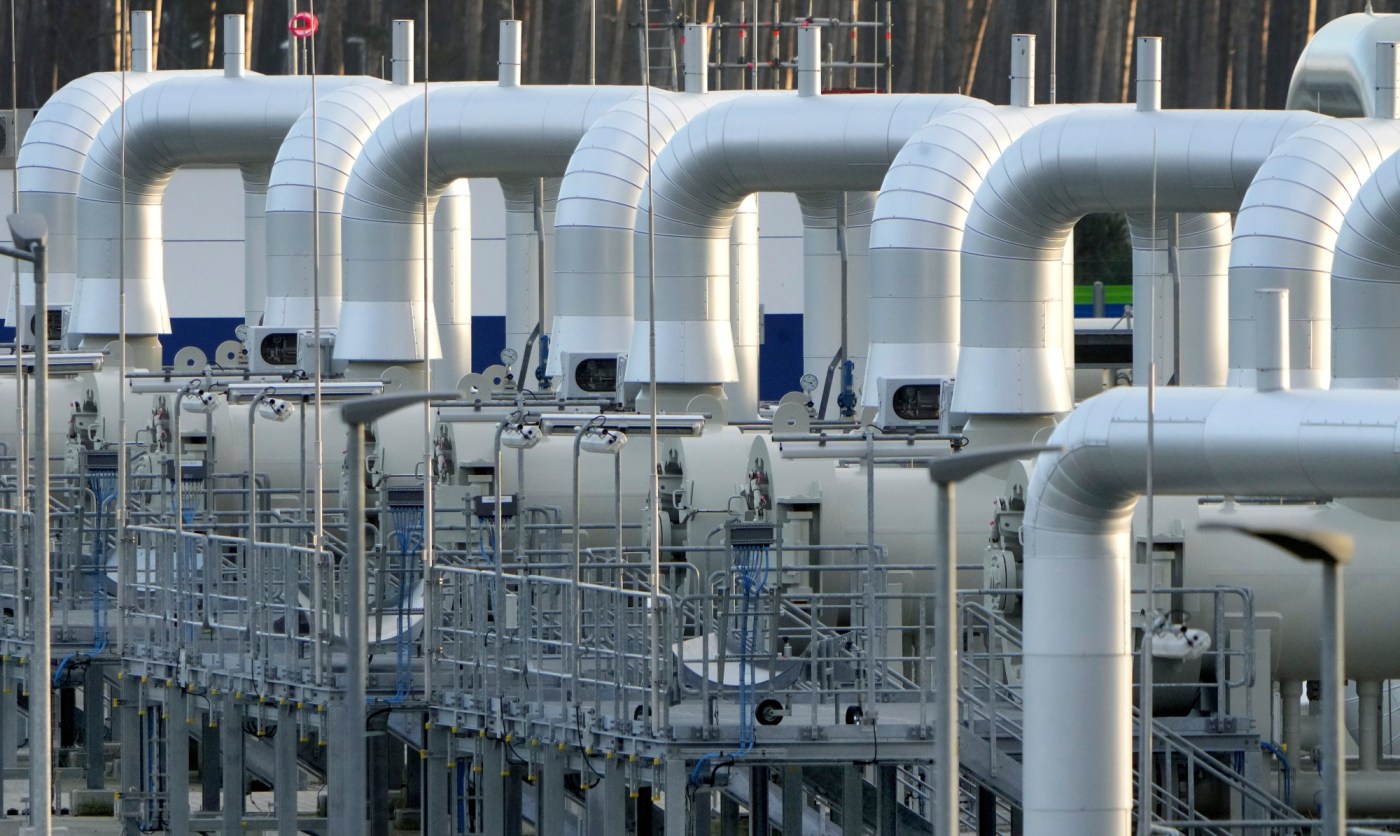 Brace yourself for a severe case of sticker shock for Southern California residents as their natural gas bills across the region will more than double this winter, according to the region’s two top utilities.

Southern California Gas Company — a subsidiary of Sempra Energy that serves more than 21.8 million customers in Central and Southern California — along with Long Beach Utilities, the city’s independent gas utility, recently warned customers to brace themselves for inevitable increases in their Prepare gas bills this month.

“There’s no easy way to put it: January bills are likely to be shockingly high,” SoCalGas said in an announcement on Thursday, December 29. “As a result, our customers can expect higher gas bills in the coming weeks.”

SoCalGas prices are expected to more than double last winter’s costs. For example, if a customer’s natural gas bill was $130 last winter, that household can expect a bill of $315 this winter, according to the gas company. And the average residential customer of a Long Beach single-family home should expect their bill to increase by $200 or more, the city utility said.

“Faced with the highest natural gas prices in Long Beach history, Long Beach Utilities acted quickly to mitigate the impact on customers as much as possible,” the department said. “These actions will save customers $10 million and bring the average bill about 4 percent lower than SoCalGas.”

Although gas bills tend to increase slightly in the winter as more gas is used to combat cold weather, both companies attributed the rate increases to corresponding increases in market costs for natural gas — which for a number of related reasons, including California’s drought, unexpected severe cold snaps across the country, and Russia’s war in Ukraine is up about 128% since November.

“Our customers are understandably shocked at these high market prices that are suddenly being experienced throughout Southern California,” Long Beach Utilities general manager Chris Garner said in his announcement. “While there are legitimate market forces that have caused costs to increase, that doesn’t mitigate the financial impact for our residents who rely on natural gas to heat their homes, cook their meals and warm their showers.”

Since late November, below-normal temperatures have spread from western Canada to California, resulting in increased demand for natural gas. Natural gas use in both the residential and consumer sectors across California and the Pacific Northwest increased 23% during the first three weeks of December, according to the US Energy Information Administration.

To make matters worse, natural gas supply has not kept pace with increased demand and US natural gas exports to Europe have increased significantly, putting even more strain on availability.

“Europe relies heavily on Russian gas for its energy needs — particularly for heating in the winter,” said Brian Peck, director of the University of Southern California’s Transnational Law and Business Center, in an interview on Thursday, January 5. “As part of the US-led effort to provide Western support to Ukraine, it has asked Europe to break its dependency on Russian gas.”

Earlier this year, President Joe Biden signed a deal with the European Union to increase American exports of liquefied natural gas to Europe by 15 billion cubic meters. The deal came after both the US and Britain banned Russian oil – and pressured the EU to join efforts to erode a key source of Russian revenue.

But for the EU, which gets more than 40% of its liquefied natural gas from Russia, a total ban on the fuel was not without major economic consequences for its residents. Biden’s deal to expand gas supplies to the EU, Peck said, aims to wean countries from collecting Russian natural gas over the next five years.

“The US has pledged to support the export of liquefied natural gas to help Europe wean itself off Russian oil and become less dependent, which would then reduce gas revenues for the Russian regime,” Peck said. “(It also helps) isolate Europe from Russia’s gas restrictions until Europe can wean itself off the supply.”

International relations are not the only factor straining Southern California’s natural gas supply. Along with the new year, the state celebrated a much more somber milestone: its fourth year of severe drought.

Although recent storms have brought much-needed water to the state’s reservoirs, the situation remains grim – the Metropolitan Water District’s board recently declared a regional drought emergency and urged its 26 member water boards to consider implementing mandatory water conservation measures. The beginning of December.

“We have seen that many reservoirs and dams that produce hydroelectric power are struggling because of the drought,” Long Beach Utilities spokeswoman Lauren Gold Howland said Thursday. “Because of this, more natural gas was used to generate electricity.”

And because 90% of California’s natural gas supply is imported — mostly from West Texas, the Rocky Mountains and the Four Corners area — the state relies heavily on the health of a vast interstate transportation pipeline to sustain its share of the supply.

Long Beach is somewhat insulated from this problem with some local natural gas suppliers, Gold Howland said, but those sources account for only a fraction of what’s needed to supply the entire city.

Capacity along this key interstate pipeline has suffered in recent months, according to the US Energy Information Administration (EIA), as wholesale suppliers in West Texas, one of California’s main importers, have dealt with a series of maintenance issues.

A fire last June at Freeport LNG — one of Texas’s key export terminals for liquefied natural gas — paralyzed operations at that hub. Officials there have specified a full reopening several times and then pushed back. The company last expected operations to restart in March 2023.

According to Gold Howland, several other pipelines have been shut down to undergo maintenance due to normal wear and tear.

“That makes a big difference in how much gas can get into the state,” she said.

Natural gas storage capacity in California’s underground reservoirs – three of which are located in the Los Angeles area – has also been severely reduced in recent years.

The Aliso Canyon facility was completely shut down after the 2015 incident that released about 100,000 tons of methane and other chemicals into the air, prompting hundreds of lawsuits that resulted in a $1.8 billion settlement in 2021 led. SoCalGas and Sempra Energy agreed to settle claims filed by more than 35,000 victims.

“The problem there is still some kind of aftermath of the leaks they had a few years ago,” Gold Howland said. “It’s taken a lot out of the storage fields – and they’re basically trying to recover from that.”

But the problem isn’t limited to Aliso Canyon or Southern California.

Natural gas levels in storage facilities across the Pacific region — which includes California, Washington state and Oregon — were 25% lower in December than a year earlier and 30% below the five-year average, according to the EIA. “In Northern California, injections by Pacific Gas and Electric to rebuild natural gas supplies have not kept pace with previous summers,” the EIA adds

SoCalGas and Long Beach Utilities, meanwhile, reassured consumers that the bill hikes won’t boost their own profits — and offered a range of tips to help consumers prepare for January’s inflated bills.

Both companies advised natural gas users to lower their thermostats by three to five degrees – which can result in a heating bill reduction of up to 10%. Washing clothes in cold water, limiting hot showers, turning down the temperature of your water heater, and limiting the use of non-essential natural gas appliances may also help somewhat.

“Resources are available to help customers manage higher bills, including payment plan options and discounted rates for seniors, people with disabilities and other income-eligible customers,” said Long Beach Utilities. Information on these programs can be found on that department’s website.

SoCalGas also has a range of financial assistance programs to help qualifying customers manage higher bills – including waivers on overdue bills, bill rebates and free energy efficiency home improvements through its Energy Saving Assistance Program. You can also visit the company’s website for more information on these programs.

Sign up for The Localist, our daily email newsletter with handpicked stories relevant to where you live. Subscribe here.

Jussie Smollett was taken to the prison’s psychiatric ward after an outburst at his sentencing, the family allege

Should You Request a Student Loan Payment Refund?