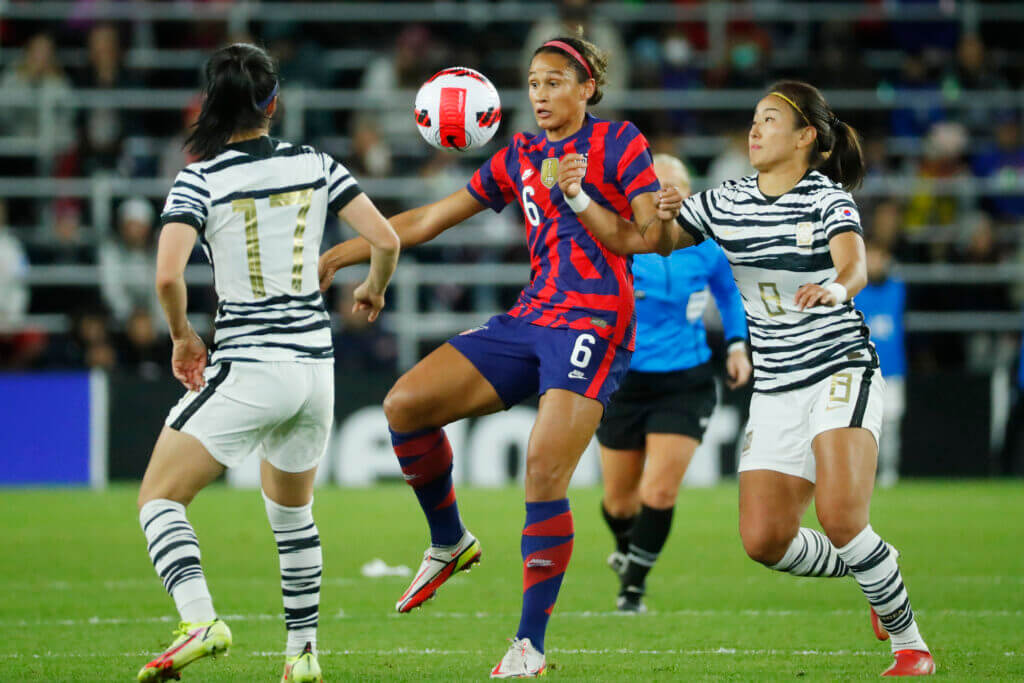 On Thursday, US women’s national team coach Vlatko Andonovski announced that the 24 players will travel to New Zealand next week. The senior team will hold a six-day camp ahead of two friendlies against New Zealand in Wellington/Te Whanganui-a-Tara and Auckland/Tāmaki Makaurau. Here’s what you need to know:

The 24-man squad doesn’t offer any major surprises as the team begins to reintegrate injured players. After Adrianna Franch secured a spot in the goaltender pool again after a stellar 2022 NWSL season, the three picks remain with her, Casey Murphy (North Carolina Courage) and Alyssa Naeher (Chicago Red Stars).

Midge Purce returns to the forward pool for the first time since last September’s friendlies and Williams is also back. Mallory Pugh changed her name after marrying Chicago Cubs shortstop Dansby Swanson and will start on the field as Mallory Swanson in 2023. Ashley Hatch (Spirit), Alex Morgan (Wave) and Trinity Rodman (Spirit) are also all back for 2023.

The Ferns are a well-known matchup for the USWNT, but USA have never played in New Zealand before. The two friendlies will also take place at the two stadiums where the team will play their group games at this summer’s World Cup and offer an opportunity to mimic tournament conditions (although they cannot replicate the weather conditions as they will be winter in New Zealand during the tournament).

After the six-day training camp, they travel to Wellington/Te Whanganui-a-Tara for their first friendly, which is scheduled for January 18 at 4:00pm local time (10:00pm ET on January 17 with the time difference) at the Sky Stadium. The two teams will meet again at 4:00 p.m. local time (10:00 p.m. ET, January 20) at Eden Park in Auckland/Tāmaki Makaurau on January 21 – the first time the Ferns have ever played at their home national stadium .

Both games will be broadcast on HBO Max as part of US Soccer’s new media rights deal.

Andonovski said in the press release: “We have thought and planned for the World Cup for a long time, but as the calendar shifts to the World Cup year it will certainly bring renewed focus and energy as the tournament begins in less than 200 days. Bringing the team to New Zealand in January and playing at our World Cup host cities has so many benefits that we will ensure we maximize our time together, make this journey as productive as possible and, like many of them, enjoy a unique experience Our players have never been to New Zealand before.”

Midfielder Sam Coffey: “For us in particular as young players, (the upcoming World Cup) is an incredibly overwhelming thing – in the best sense – coming up in the distance so I think having some kind of familiarity with it will help us a lot. “

https://theathletic.com/4060490/2023/01/05/uswnt-roster-new-zealand-friendlies/ Williams, Sonnett of USWNT returns to Friendlies in New Zealand: How the trip can prepare the USA for the World Cup