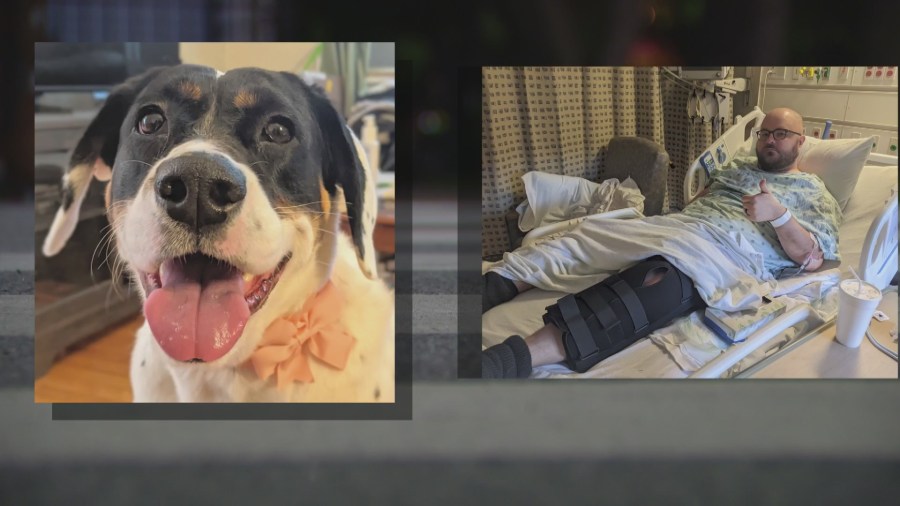 CHICAGO – Emotions washed over Katie Jordan as she reflected on a tragic accident that left her husband injured and their dog killed.

“It was the worst of my life,” Jordan said. “He called me at 5:16 p.m. and yelled on the phone that an accident had happened and Echo had been hit and that I had to come immediately.”

The incident happened on Friday night, September 30, while Jordan’s husband, Kurt Steiner, was taking their 8-year-old dog, Echo, for a daily walk.

“He feels so guilty, but it wasn’t his fault at all,” Jordan said.

Police say the two were crossing the street at Berteau and Pulaski in Albany Park when they were hit by a car. Steiner suffered a broken back and a broken leg. The couple’s beloved dog didn’t make it.

CPD: 11-year-old girl sexually abused in alley after school on South Side


“We just loved our dog Echo so much because she was just the sweetest, kindest dog and just made our family complete,” said an emotional Jordan.

Police say the driver of a Mercury Grand Marquis who hit them didn’t stop.

“It’s just not fair that someone could just hit her and just walk away. It’s not fair,” Jordan said.

But Jordan said she put her grief into action. She searched the neighborhood and helped police find a picture of the car involved in the hit-and-run.

“I couldn’t just sit in the house and do nothing, so I figured if I had the strength to help, then I wanted to help them,” she said.

Now she hopes her community will do the same.

“We need to find him so he has justice and closure so we can heal,” Jordan said.

The family also set up a GoFundMe to help pay for medical expenses. The family adds that anything over their goal will be donated to the family of the toddler who was killed in a hit-and-run just a few blocks north.