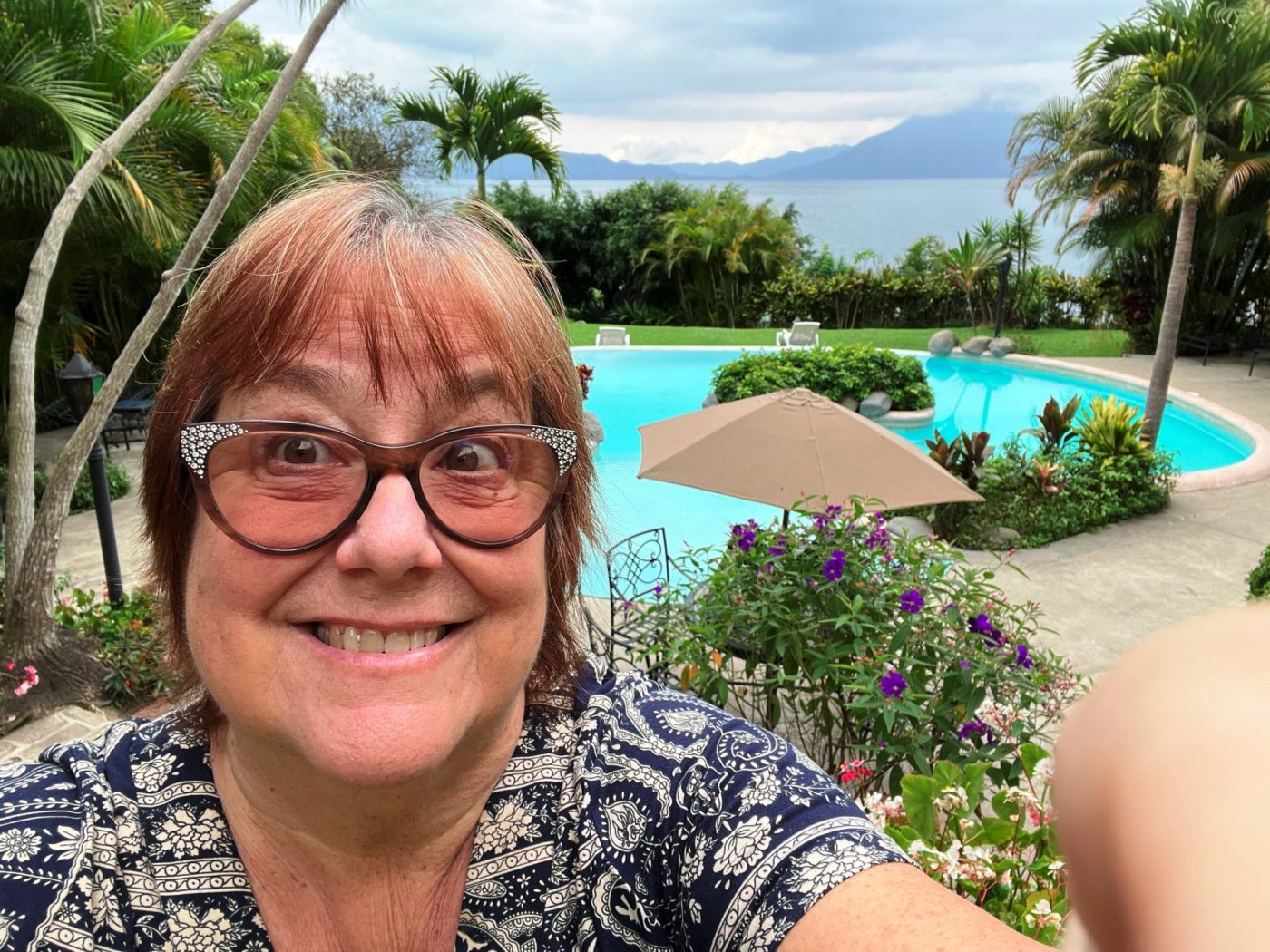 I just got back from Guatemala which, for those of you who can’t keep up, is a small Central American country with beautiful rainforests and many descendants of the ancient Mayan Empire.

Many people have frowned at me since I first unveiled this plan and wondered, “Why are you going to Guatemala?” in the same tone they would use to ask me why I bought a Hyundai. (Just kidding. I didn’t actually buy a Hyundai.)

I became familiar with this question when we went to Thailand a few years ago.

See, most Americans find it almost impossible to bother to visit a country that doesn’t…

A. Have at least 847 vacation packages depart to its shores every day, including ones taken by your neighbors who were having a good time.

B. Promises to offer fresh pasta or rich French sauces every night for dinner, accompanied by local wine or beer.

D. Offers the chance to see (at least temporarily, until you get back on the bus) 12 instantly recognizable landmarks that look good in photos when you stand in front of them, like the Eiffel Tower, Big Ben, or the Leaning Tower of Pisa.

E. Offers instant bragging rights when you get home ie “Yes, here are our photos from the trip you can never take, so take a look and envy us.”

But as you know, I’m a weirdo. And a curmudgeon. I’ve been to Europe and the UK. It’s damn expensive. And full of (gasp) other American tourists. If I wanted to see other Americans, I would just stay home and water my lawn. My neighbors walk past me with their dogs.

I like going to exotic places where there is no McDonald’s on every corner, the American tourist quotient is low and the exchange rate is good. That means it’s cheap for us to go there. If I can use my poor high school Spanish to order a beer, that’s even better.

These days, the #1 deciding factor in any trip I take is whether or not I can get a killer airfare. We tried to fly to Guatemala on cheap flights two years ago but the flights were cancelled. This time we got a return ticket for $193, which is about a third of the usual price. So of course I had to go.

That’s why we went to Greece last year – because we went for $600 in August, which is half the usual fare. The fact that it’s always been on my bucket list only added to the appeal. Also, I could eat Greek food every day.

Is it cheap for Americans? I want to go there then. The exchange rate between US Dollars and Guatemalan Quetzals is strongly in our favor, allowing your money to go much further. For me, that means I can stay in places I might only crave at home.

For example, we stayed at a beautiful resort on stunning Lake Atitlan in the Guatemalan highlands for around $100 a night. Carved from a former coffee plantation, it had a warm infinity pool, sprawling lawns, beautiful landscaping, a small lakefront beach, complimentary breakfast on the lawn, and absolute tranquility surrounded by rainforest. I would expect to pay multiples for the same type of place here.

While my companions trudged off to hike through the wildlife sanctuary next door to see waterfalls and butterflies, I donned my bathing suit and spent hours just lounging in the pool and observing the volcanoes that surround this scenic lake.

When I recovered and got sunburned, I pulled out my book and read in the shade, sipped a local beer and felt all the stress leave my body.

In the colonial city of Antigua, considered by many to be the most beautiful in Central America, we stayed at the Posada San Sebastian, a small, antique-filled hotel with a courtyard fountain, for $75 a night. I felt like a princess climbing into my beautiful bed every night. My friends marched through the city on cobblestone streets and saw the many colonial sights while I relaxed in the sunny courtyard and enjoyed the fantasy of being in the 18th century.

Yes, as you know if you are a regular reader I brought my walker and used it every day. I had hired Pablo Chumil from Mayaland Adventure Travel to help me get around and he made sure that everywhere we went I could easily walk or get there in a van. No problem. Not even when we went to the Sumpango Kite Festival which is one of the most remarkable events I have ever attended. Visitors come from all over Central America. And it’s free.

Guatemala also has the only living Maya communities that still speak any of the 28 Maya languages ​​and wear traditional dress. As a fan of Mayan archaeological sites, this was fascinating. We saw several.

We had a wonderful time with Pablo and his staff and I recommend stepping away from the American package tour and trying something new. If you do let me know how it goes.

https://www.ocregister.com/2022/11/09/frumpy-mom-why-i-went-to-guatemala/ Why I went to Guatemala – Orange County Register

Military briefing: How Russia's withdrawal from Kherson is changing the war in Ukraine

Guess who this weird kid turned into!

Simba, a baby goat, has the longest ears we’ve ever seen