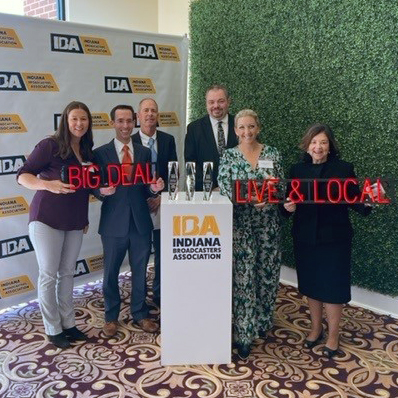 CARMEL, Indiana (WANE) – WANE 15 has won three awards, including Station of the Year, at the Indiana Broadcasters Association’s Spectrum Awards.

The awards ceremony took place in Carmel on Tuesday.

Former news director of WANE 15 ted linn was also inducted into the Indiana Broadcast Pioneers Hall of Fame at the ceremony.

WANE 15 was also nominated for our Local Community Engagement Yearbook Founders Day of Care Event, and Chief Meteorologist Nicholas Ferreri was a finalist for Weather Coverage.