Vodafone has confirmed it is in talks with CK Hutchison, owner of rival telecoms group Three, to combine their UK operations to create the country’s largest mobile operator.

In a statement Monday, Vodafone said it would own 51 percent of the combined business and Hong Kong conglomerate CK Hutchison 49 percent. Vodafone UK and Three UK are currently the third and fourth largest mobile operators in the UK.

“As [regulator] Ofcom has found that some UK operators – Vodafone UK and Three UK – lack the necessary scale to earn their capital costs,” the statement said. “By bringing our businesses together, Vodafone UK and Three UK will have the scale needed to accelerate the rollout of full 5G in the UK and extend broadband connectivity to rural communities and small businesses.”

The company has come under pressure from activist investors to change strategy and improve shareholder returns.

Earlier this year, Europe’s biggest activist investor, Cevian Capital, bought an unspecified stake in Vodafone, pushing to complete deals that would allow it to simplify its sprawling international business and sell underperforming divisions.

The merger is likely to be scrutinized by the UK Competition and Markets Authority.

Telecom industry executives said regulators had become more sympathetic to the prospect of mergers to facilitate investment in network infrastructure, but high inflation has pushed concerns about rising consumer prices to the fore.

“The ramp-up would offer many synergies and cost-saving opportunities,” said Kester Mann, an analyst at consulting firm CCS Insight. “It would be up to competition authorities to decide whether reducing the number of players is in the general good of the market. Proponents will argue that it encourages investment; Dissenters will claim it’s a reason to drive up prices.” 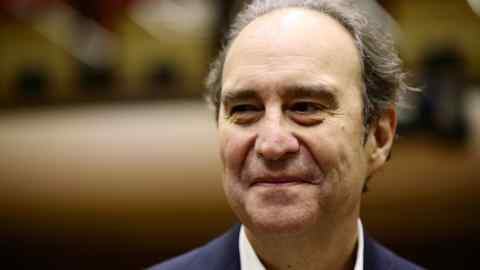 Operators in the UK have recently been criticized for raising prices well above inflation and failing to advertise cheaper fares while millions of people grapple with rising costs.

European telecoms groups have not fared very well over the past decade in a highly competitive market with consumer-friendly regulation. Vodafone’s share price has fallen more than 11 percent year-to-date and more than 50 percent over the past five years.

Three UK has been struggling to expand for several years. Sales in the first half of the year remained unchanged compared to the same period of the previous year.

https://www.ft.com/content/b17eff4c-f0ca-4b36-8f1d-c69baf0e1aac Vodafone and Three are in talks to create the UK’s largest mobile operator

WANE 15 will not host a debate in the 3rd district

What the royals eat | financial times