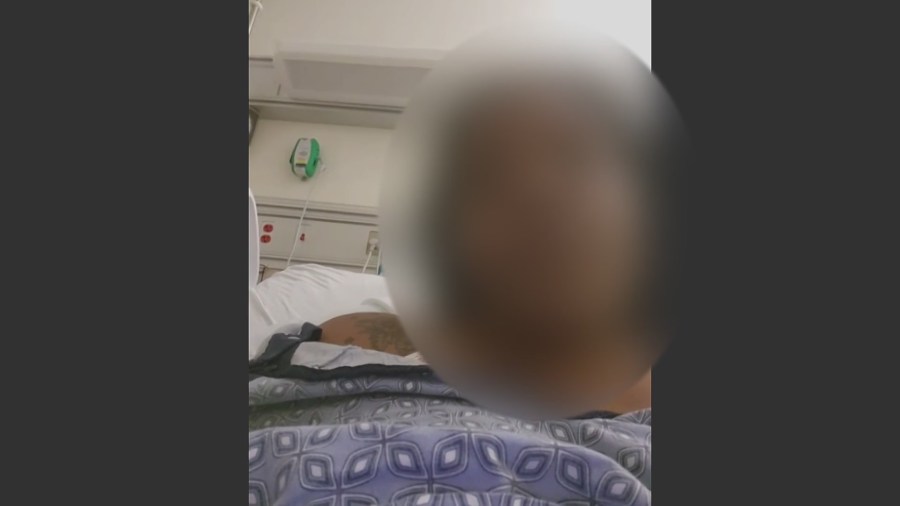 CHICAGO — A large gathering honoring a lost family member was thrown into chaos when gunfire erupted on Halloween night on Chicago’s West Side, injuring fourteen people, including two children and a teenager.

“We were all gathered and talking and shots erupted,” said one shooting victim, who asked not to be named. “It’s unbelievable that this is happening.”

Speaking exclusively to WGN News from her hospital bed at Loyola University Medical Center, the woman was one of 14 people at the corner of South California Avenue and West Polk Street in Garfield Park around 9:30 p.m. Monday when at least two people began firing gunshots delivered by a passing SUV.


“I know everyone who’s been shot and I’m related to most of them,” the woman, who was shot twice in the leg and once in the ankle, told WGN News. “My aunt, my cousins ​​and the others are friends I grew up with, so basically we’re all family.”

The victim revealed that on Oct. 31 she organized a vigil for her cousin, who died days earlier of natural causes at the age of 38.

“We released the balloon for everyone to remember,” the victim said. “The family was able to come together and talk about the good things we had with her and everything we shared with her.”

But as the crowd gathered to pay their respects, tragedy struck.

“We’re just starting to hear gunshots,” the woman said. “It was just a bunch of women and kids and a few people in the whole neighborhood. Then the gunfire broke out. There were a lot of shots.”

“They’re fine,” she said. “One is from the hospital. The other two are still in the hospital. One just came out of surgery. That was a success.”


The victim said the 15th person to be injured in the shooting was a cousin who was hit by a car while trying to get to safety.

Family and friends are now wondering how to physically and emotionally heal from their horrific injuries as they ponder whether somewhere is safe or sacred.

“You want to ask why, but that’s not even good enough to ask why?” said the victim. “It’s just sad. Just sad.”

https://wgntv.com/news/chicago-news/west-side-drive-by-shooting-victim-speaks-out-for-this-to-happen-its-unbelievable/ Victim of West Side Halloween drive-by shooting speaks out: ‘It’s unbelievable that this is happening’

Newsweek’s Product of the Month