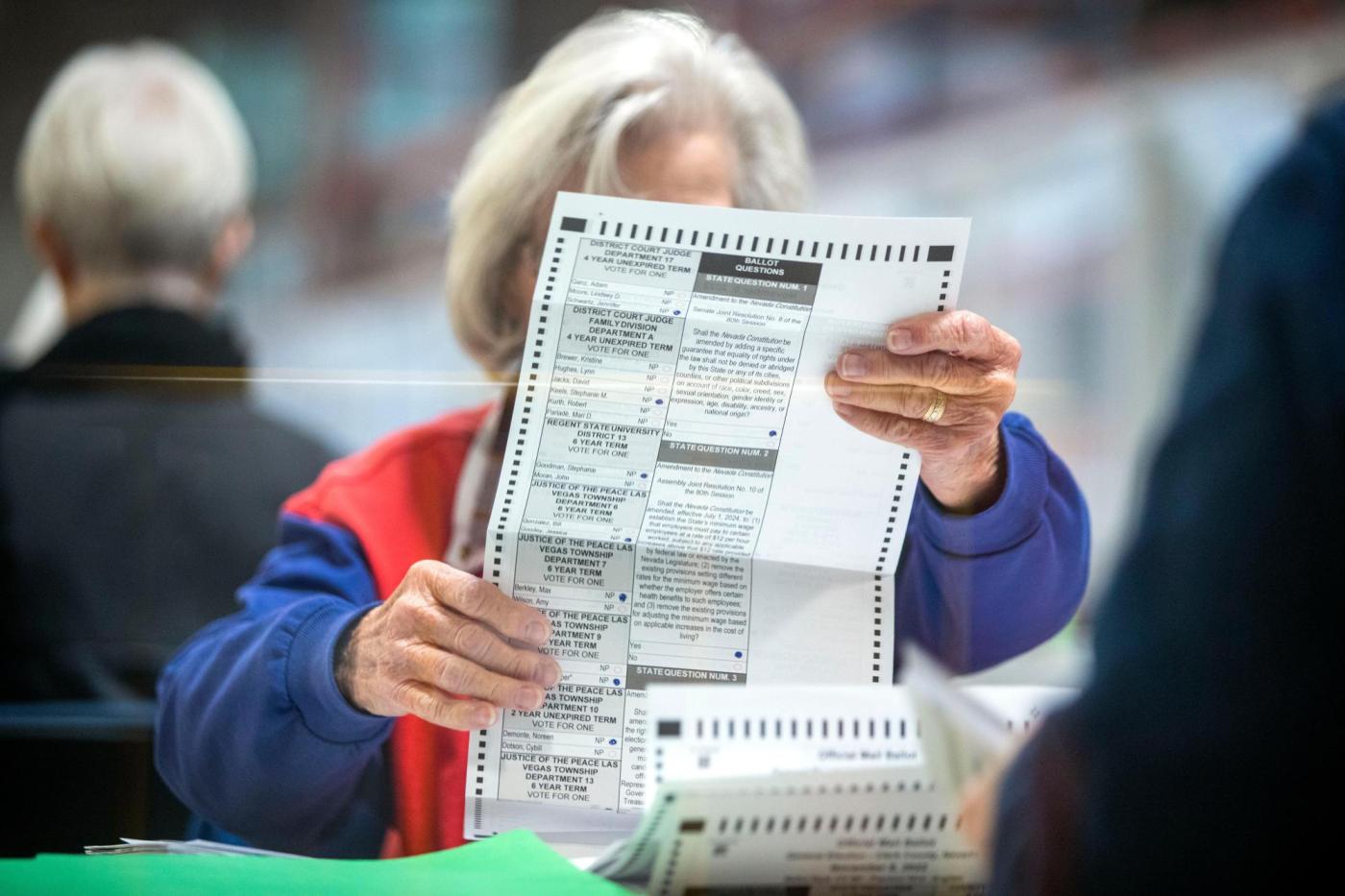 By NICHOLAS RICCARDI and KEN RITTER

Saturday is the last day mail-in ballots can arrive and be counted under the state’s new election law. Election officials struggled to clear a backlog of tens of thousands of ballots to determine the winner of the race, with the state’s largest county hoping to be effectively finished by evening.

The Nevada race gained momentum after Democratic Senator Mark Kelly was declared the winner of his re-election campaign in Arizona on Friday night, giving his party 49 seats in the chamber. Republicans also have 49.

If Cortez Masto wins, Democrats would retain control of the Senate given Vice President Kamala Harris’ tied vote. If Laxalt wins, next month’s Georgia Senate runoff would determine which party has the one-vote Senate lead.

Cortez Masto was just a few hundred votes behind Laxalt, with most of the remaining uncounted ballots in heavily Democratic Clark County, which includes Las Vegas. Democrats were confident that those ballots would put their candidate ahead.

Laxalt said he expects to keep his advantage and be declared the winner. But on Saturday, he conceded in a tweet that the calculus has changed because Cortez Masto did better than Republicans expected in the Clark County election counted over the past few days.

“This has narrowed our win window,” he tweeted, acknowledging that the race is coming down to the final votes in Clark County.

“If it’s GOP districts or slightly leaning toward DEM, we can still win,” Laxalt tweeted. “If they continue to follow strong DEM trends, they will overtake us.”

If there is no winner at the end of the day on Saturday, attention would shift to a few thousand more ballots that could be added to the totals early next week. Misspelled absentee ballots can be “cured” by voters until Monday night and then added to the totals. And a few thousand provisional ballots also remain, votes that election officials must double-check are legally countable until Tuesday before they can be counted.

“We know this is a serious count. There are people across the country waiting for those results,” Clark County registrar Joe Gloria said at a news conference Saturday. “We know people need to see that count. We will not delay it further.”

Gloria said all over 22,000 remaining ballots would be tabulated by Saturday night. “They’ll all be counted,” said Gloria. “My vaults are empty.”

Gloria noted that it takes a few cycles to bring ballot counting into line with the postal-only system that Nevada switched to during the 2020 pandemic. He also pointed out that state law requires him to accept ballots by Saturday. “We couldn’t finish earlier if we wanted to,” Gloria said.

A tightly divided swing state, Nevada is one of the most racially diverse in the nation, a working-class state whose residents have been particularly hard hit by inflation and other economic turmoil.

According to AP VoteCast, a survey of the state’s 2,100 voters, about three-quarters of Nevada voters said the country is going in the wrong direction, and about 5 in 10 named the economy the most important issue facing the state.

Voters took a negative view of the economy, with nearly 8 out of 10 VoteCast finding that economic conditions were either not so good or bad. Only about 2 out of 10 rated the economy as excellent or good. And about a third of voters said their families are falling behind financially.

But that didn’t necessarily mean anger at President Joe Biden or his party. About half saw inflation as the top concern for the US, but they were evenly split on whether they think higher prices are due to Biden’s policies or factors beyond his control.

According to VoteCast, 7 in 10 Nevada voters wanted abortion to remain legal in all or most cases, and Cortez Masto and other Democrats made upholding the law a core part of their campaigns.

Republicans, however, hammered relentlessly at the economic argument, claiming it was time for a leadership change. They also sought to capitalize on ongoing frustrations over pandemic shutdowns that were ravaging Las Vegas’ tourist-centric economy in 2020.

On Thursday morning, The Associated Press declared Republican Stavros Anthony the winner of the running for lieutenant governor, while Republican Andy Mathews was elected state controller.

The state’s only Republican congressman, Mark Amodei, easily won re-election in his mostly rural northern Nevada district. The three Democratic members of the House of Representatives from the Las Vegas area were also re-elected.

Fund managers want to lure investors back to bonds

Snooty Fashion Magazine tries to wage war on British bar owners, ends up crying uncle after owner beats her at her own game

South Side CC to have 1st degree in Cannabis Studies