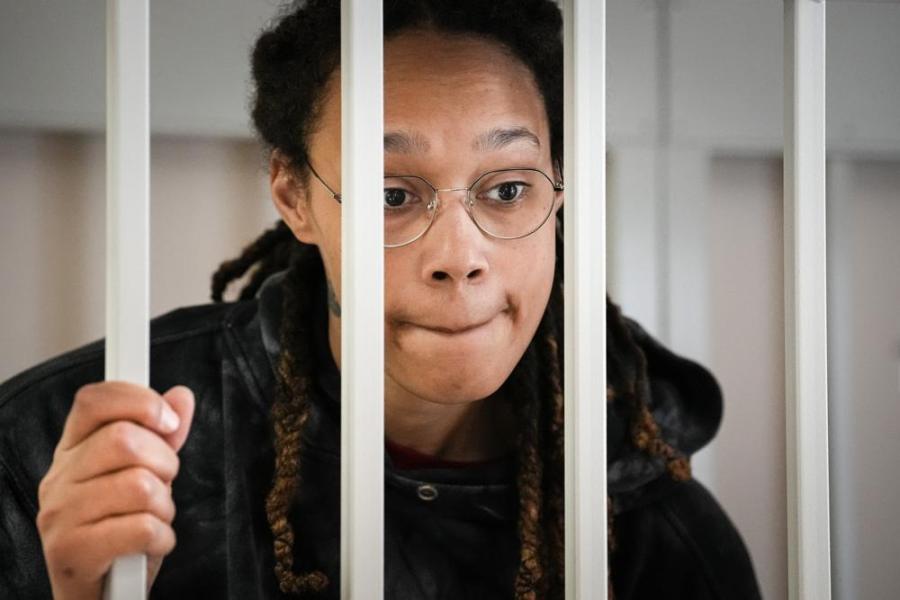 WASHINGTON (AP) — Officials at the U.S. Embassy in Moscow visited jailed WNBA star Brittney Griner on Thursday, more than a week after a Russian court rejected her appeal of her nine-year sentence for drug possession.

State Department spokesman Ned Price said in a tweet that American officials “have seen firsthand their tenacity and perseverance despite their current circumstances.”

Price said the Biden administration continues to push for the immediate release of Griner and Paul Whelan, who were sentenced to 16 years in prison in Russia in 2020 on espionage charges, which he and his family believe were wrong and “fair treatment” for every incarcerated American. “

White House press secretary Karine Jean-Pierre said Griner is doing “as well as can be expected under the circumstances” and that the administration is working to resolve “the current unacceptable and wrongful detentions” of Griner and Whelan .

Griner was convicted in August after police found vape canisters containing cannabis oil in her luggage at Moscow’s Sheremetyevo Airport. Her arrest in February came at a time of heightened tensions between Moscow and Washington, just days before Russia deployed troops to Ukraine. At this time, Griner returned to play for a Russian team during the WNBA’s offseason.

She admitted at her trial to having the canisters in her luggage, but testified that she accidentally grabbed them in her rush to her flight and had no criminal intent. Her lawyers have called the penalty excessive.

The United States considers Griner and Whelan to be unlawfully detained and has been trying to negotiate with Russia for their release for months. Secretary of State Antony Blinken said over the summer the US had made a “substantive proposal” to Russia to try to secure their release, and President Joe Biden told relatives of Griner and Whelan at a White House meeting in September that his administration was committed be to bring her home.

People familiar with the offer said the US offered to release convicted Russian arms dealer Viktor Bout for Griner and Whelan.

Since then, there have been no outward signs of progress in the negotiations.

Jean-Pierre told reporters traveling to New Mexico with the President that “despite a lack of good faith negotiations by the Russians, the US government has pursued this offer in good faith and has proposed alternative potential avenues with Russia through all available channels.” This continues to have the highest priority.”

JoJo Siwa gets honest about the holidays: They can be "really special" and "really hard" for some

Wildfires in the US have grown four times larger and three times more frequent since 2000, a study warns