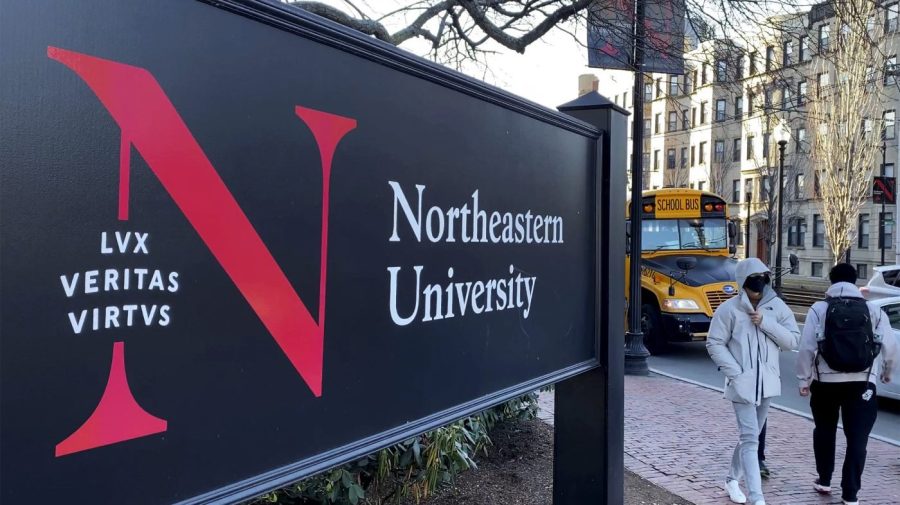 BOSTON (WPRI) – A Texas man has been arrested and charged in connection with a reported explosion at Northeastern University in Boston last month.

US Attorney Rachael Rollins announced on Tuesday that 45-year-old Jason Duhaime is accused of fabricating the incident and giving false information to law enforcement officials.

Officials said Duhaime called 911 around 7 p.m. on September 13 and told the operator that a hard plastic case he opened at a campus lab ejected sharp objects and injured his arms. Duhaime claimed there was a “violent note” to the case, according to Rollins.

Duhaime told federal agents he and a student retrieved several packages from a post office area, including two hard plastic boxes. Duhaime then opened one of the suitcases in a storage closet, where it allegedly exploded.

Police officers responding to the incident found an empty and undamaged plastic suitcase, Rollins said. They didn’t find the threatening letter and the suitcase showed no signs of an explosion. The storage cupboard in which Duhaime allegedly opened the suitcase was also undisturbed.

When questioned by law enforcement officials, Duhaime denied fabricating the story, according to Rollins.


Officials also confiscated a computer from the lab where Duhaime worked and found an electronic copy of the allegedly violent note. The file was created four hours before Duhaime called 911.

“This alleged behavior is disturbing, to say the least,” Rollins added. “Our city knows better than most that reporting or threatening an explosion is a very serious matter and requires an immediate and comprehensive law enforcement response given the potential devastation that can ensue.”

Duhaime is charged with one count of willfully providing false and misleading information regarding an explosive device and one count of making materially false statements to a federal law enforcement officer.

At the time of the incident, Duhaime was the new technology manager and director of the Immersive Media Lab at Northeastern University. Duhaime’s report prompted a major police action and the evacuation of part of the campus.

The university initially said a staff member was slightly injured when a package exploded.

Duhaime was arrested in Texas on Tuesday morning and is scheduled to appear before a judge on Tuesday afternoon.

To make our cities real eye-catchers

Valery Polyakov dies; The Soviet cosmonaut had the longest single stay in space

1 injured after vehicle crashed into Southwest Side Boutique