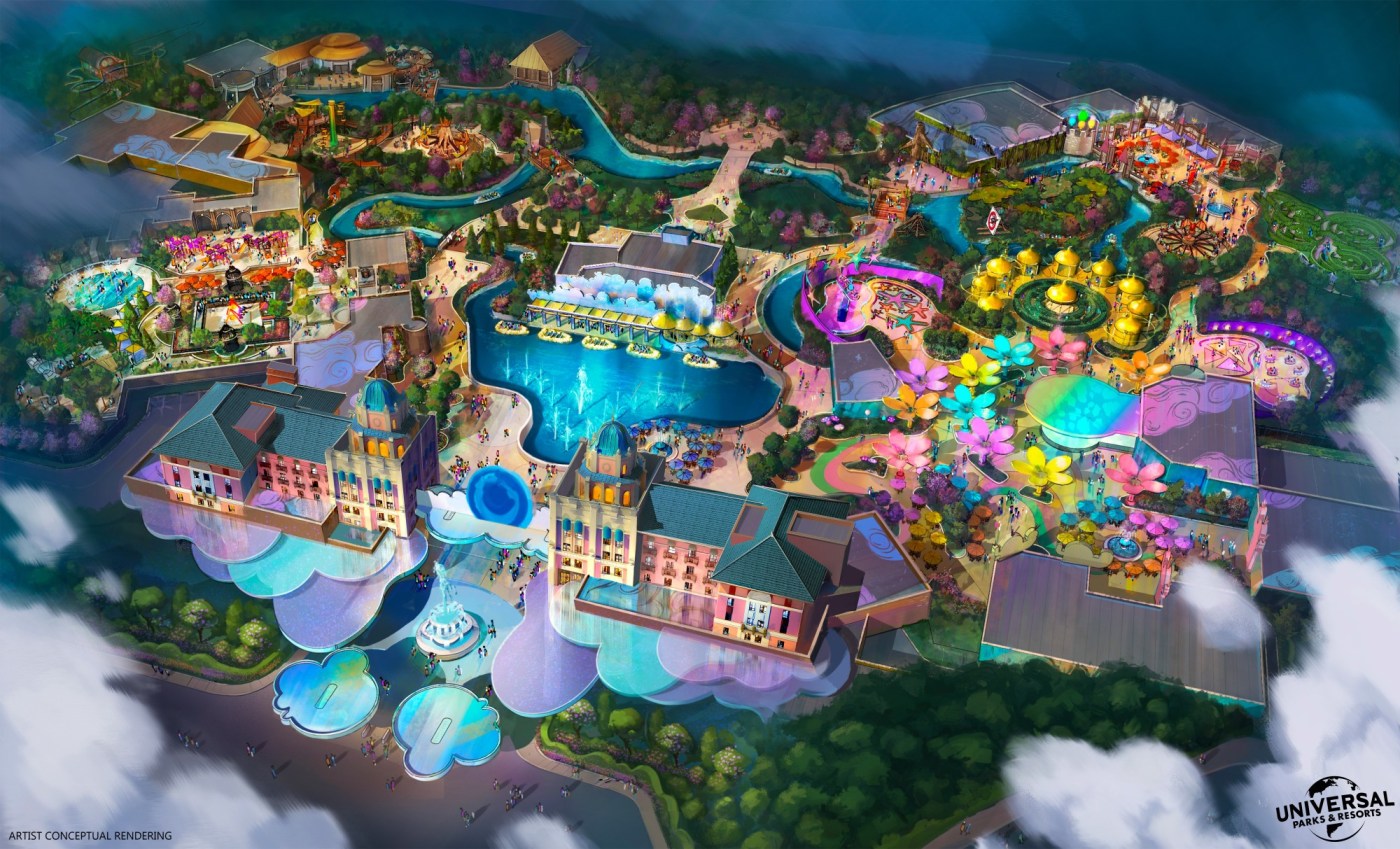 Universal Studios’ new amusement park in Texas will be tiny in a state known for growing 10-gallon hats.

Universal is planning to open a new theme park for families with young children in the suburbs of the Dallas-Fort Worth metro area. An opening date for the as-yet-unnamed theme park proposed for the North Texas city of Frisco has not been announced.

The 97-acre Universal Kids Resort will house a theme park and themed hotel, with space set aside for future expansion. That’s a fairly small footprint by modern amusement park standards.

Universal Studios Texas will be less than half the size of rivals Six Flags Over Texas, Six Flags Fiesta Texas and SeaWorld San Antonio, each weighing more than 200 acres.

Universal is already trying to lower expectations for the new children’s park, which will have a completely different look, feel and scale to its other existing parks around the world.

The planned children’s park will be divided into themed areas based on Universal characters and stories – with concept art showing areas dedicated to Shrek, Trolls and Jurassic World.

SEE ALSO: You can’t see in or out of Universal’s new Nintendo land, which sucks you into a video game world

Universal Studios is targeting Legoland’s core demographic of young children with the new kid-centric theme park in the Dallas suburbs, which also puts the Hollywood film studio squarely in the crosshairs of the Six Flags and SeaWorld parks that call Texas home away.

Universal’s new theme park for young children and their families caters to the same 2-12 year old demographic that has been the domain of Legoland since the toymaker opened its first theme park in Denmark in 1968.

Almost every theme park has a land dedicated to the younger kids. Knott’s Berry Farm has Camp Snoopy. Universal Studios Hollywood has the Minions style Super Silly Fun Land. Disneyland’s Fantasyland gave them all the form.

But Legoland is different. The whole park is dedicated to the preteen set. Universal’s new children’s park in the Dallas area squarely targets the Legoland business model.

The roller coaster-focused Six Flags Over Texas and Six Flags Fiesta Texas don’t seem like natural competitors to a Universal Kids theme park — but the Texas-based amusement park chain is making its own game for the teen market with lands based on Looney Tunes cartoon characters and DC Comics superheroes.

Universal is already managing expectations for the pint-sized park built for pint-sized guests. The “intimate” park, designed for a younger audience, will be sized for a regional audience and will be smaller than its destination resorts in California, Florida, Japan and Singapore.

“Is the market ready for a smaller, more focused theme park from Universal Studios?” asks Theme Park Insider’s Robert Niles, SCNG’s theme park columnist. “Or has the public associated the Universal brand so closely with Orlando and Hollywood parks that anything Universal opens in suburban Dallas will suffer?”

A salute to Brandon Belt: A dozen years as a Giant in his own words

Who is John Greenhalgh? Meet the boyfriend-turned-husband of Gerry Ryan’s daughter, Bonnie Ryan

Why did Kim Kardashian just tell us her body fat percentage?

Atiba Hutchinson’s parents, Myrtle and Dalton Hutchinson, are from Brampton