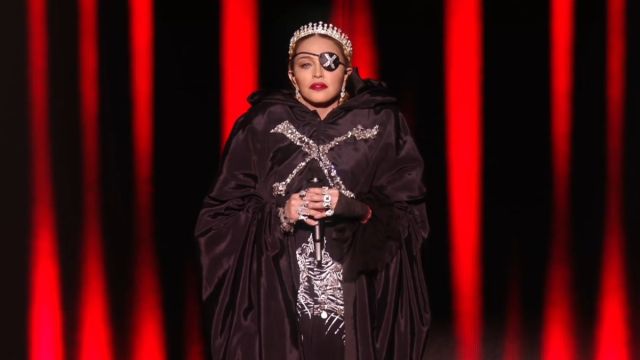 The era of celebrity biopics could be halted after this was reported Madonna’The film has been paused for the time being. This comes as the artist is about to embark on her world tour of North America and Europe, leaving her little room to help out during pre-production.

Universal Pictures told Variety that Madonna should direct the biopic herself. But the world tour, with sold-out shows in various cities such as New York and London, threw a spanner in the works. This led to the decision to pause production of the film for the time being. It is currently unknown when production will resume or finally cease.

“Speculation about the film’s fate began immediately after Madonna announced a career-spanning world tour last week — a tour that has seen shows in New York, London, Paris and other cities sell out in minutes. Insiders familiar with Madonna said her only focus is on the tour, but she remains determined to one day make a film about her life.”

Madonna: The Celebration Tour is the singer’s 12th concert and is scheduled to begin on July 15, 2023. The tour begins in Vancouver, Canada and is scheduled to end in Amsterdam on December 2, 2023. At the moment it is not known whether it will expand to other countries outside of North America and Europe.

Madonna’s bio was first announced in 2020 and actress Julia Garner was cast to play the pop icon. Madonna told Variety in a 2022 interview that she wanted a “more hands-on role” in the film’s production. She believed that her life was “extraordinary” and that she wanted to tell her story. The artist commented on the script’s progress and how she struggled to keep it short.

“I’ve had an extraordinary life, I have to make an extraordinary film. It was also a pre-emptive strike because a lot of people were trying to make films about me. Mostly misogynistic men. So I put my foot in the door and said, “No one’s gonna tell my story but me.”

Madonna is still interested in working on the film. But for now the production is on pause, at least until the tour is over.

The Alhambra dance studio reopens after a foiled attack

Shipping was impacted by weak demand for Chinese goods

Erin Andrews feared for her life after her driver fell asleep in a moving vehicle: ‘It was horrible’

Disney Plus’ Andor has a new trailer, official release date