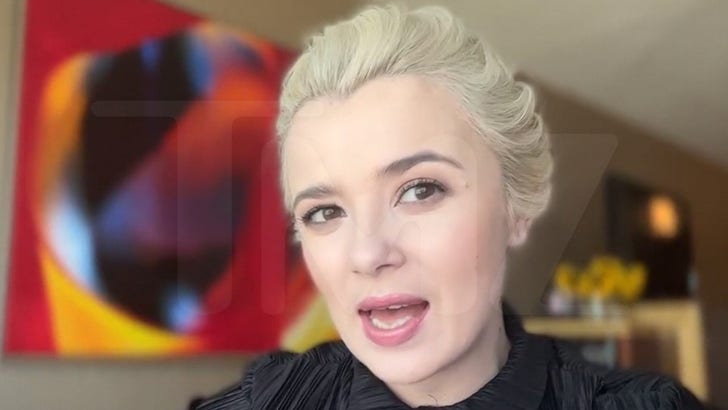 Micah Newton not only uses her voice to sing, she urges people to step in and help Ukrainians survive the war – a crisis she says is getting more serious for her country every day.

The Ukrainian singer joined TMZ Live following her performance at the Grammys on Sunday night and shared her thoughts Putin‘s ongoing war in Ukraine and what Americans can do to help.

Mika says all help is needed, in whatever form…whether it’s raising awareness or sending donations. She is aware that the brutal images from the war can be overwhelming, but says there is a need to make sure people don’t forget what is happening every day.

ICYMI, Mika performed with them John legend and 2 other Ukrainian artists — Lyuba Yakimchuk and Siuzanna Iglidan. She dedicated her performance to her sister and all the soldiers currently fighting in Ukraine.

As we reported, President Volodymyr Zelenskyy also appeared – a total surprise even for Mika – and he challenged the viewers “support us in any way you can” and don’t be silent.

Mika added…now is the time for all creative people to use their talents to raise awareness and money. As she puts it, we must all do our best to help.

Study shows higher risk of homicide in households with handguns

Russian Doll originally had a role written for Jordan Peele

Kanye West turned down my collaboration with Yeezy because of Kim