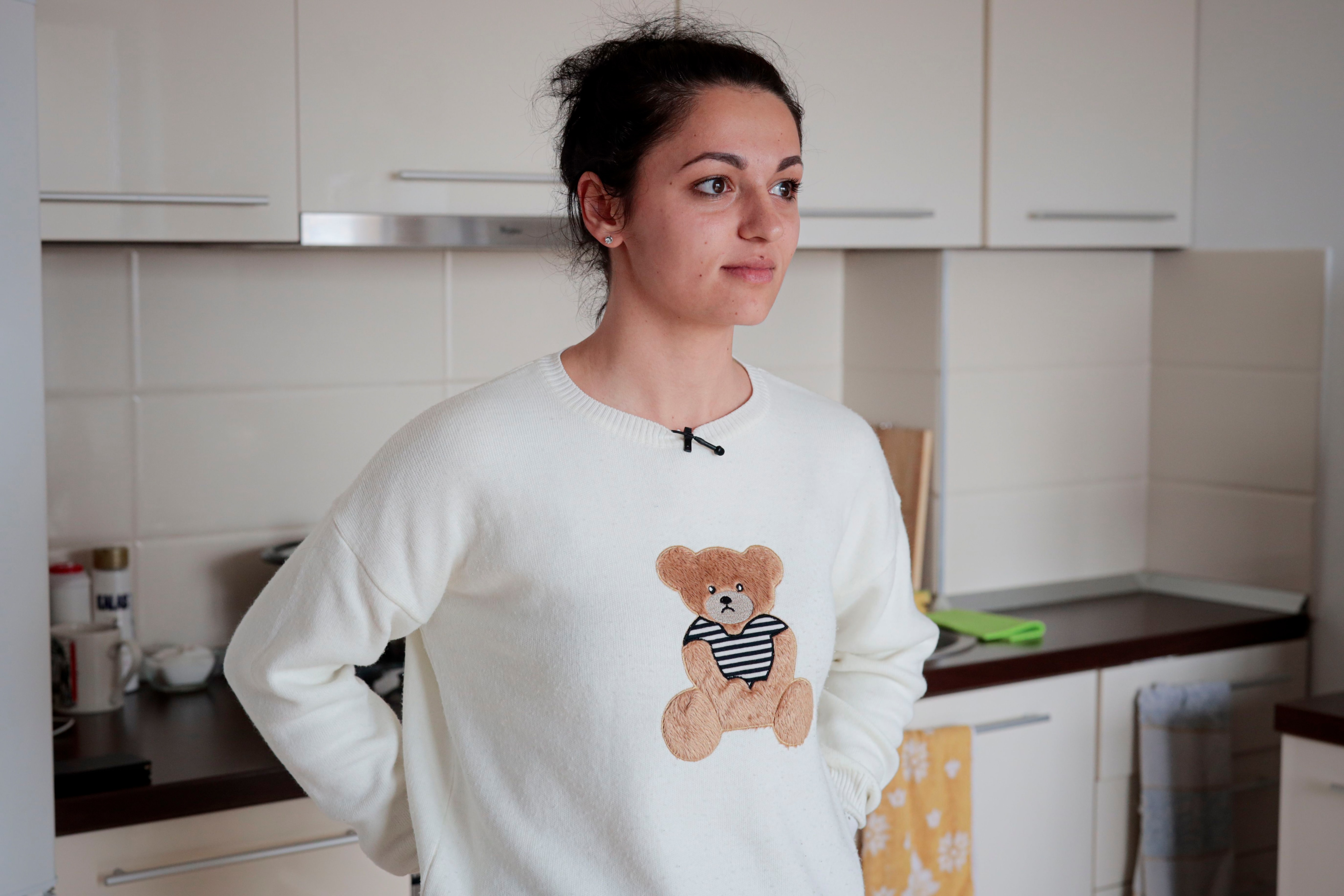 WARSAW – Nataliya Hibska quickly brushes her teeth and makes the bed. She rushes to her new job.

From a small hostel room in eastern Warsaw, Hibska, a Ukrainian refugee, slowly rebuilds her life, which was abruptly turned upside down by Russia’s invasion of her homeland.

European Union member states like Poland and Romania — the two neighboring countries that have taken in the most refugees from Ukraine — have launched programs to help them integrate.

The 47-year-old former manager of a private education center from Kharkov in eastern Ukraine, Hibska, fled her hometown after a second wave of shelling. When bombs hit a nearby military camp and shook her home, she knew it was time to go and seek refuge for herself and her 11-year-old son.

“We were afraid to go out, let them go out in the yard, we were afraid to let them ride bikes or play football. We were just so scared and decided that was enough. It was time to flee,” she said, describing the decision she and many of her neighbors were forced to make.

With only a few belongings, they embarked on a challenging five-day journey to the safety of Poland.

Three weeks later and through a combination of help from ordinary people in Poland and action at national and local levels, Hibska and her son are beginning to feel safe.

You have a simple but welcoming home. Her son is enrolled in a local school and she has taken a new job as a cook at a Ukrainian takeaway that was set up specifically to employ refugees.

The work day starts early with preparing food before the lunch rush.

Hibska and the five other Ukrainian women who work here, all recently arrived refugees, roll out dough and chop fillings for traditional Ukrainian dumplings, pelmeni, which are a staple food.

“I used to have five people working for me and I organized (youth) camps,” she said, reflecting on her former life in Kharkiv. “I’m not embarrassed that I currently work in a kitchen.”

According to Warsaw city authorities, the work helps refugees integrate, but also fills vacancies in the health sector and in education, where special classes are set up to help newly arrived Ukrainian children.

Of the more than 4 million refugees who have fled Ukraine, over 2.4 million have come to Poland. While many have traveled across Europe, many have stayed in Poland, which offers free temporary housing, medical care, education and some social benefits. About 625,000 refugees have applied for and received Polish ID numbers, which entitle them to all this for 18 months.

But living on welfare was something Nataliya wouldn’t accept for very long.

“Volunteers help us with everything. We can live off Poles, but I don’t think that’s a good thing,” she said. “I have to work. You won’t achieve much if you don’t do anything.”

Her new job helps provide for her and her son Roman, and whatever is left she hopes to send to her parents and husband, who still live in Kharkiv.

She owed her luck in Poland to a free hostel run by a family of developers and hotel owners. The same company has launched a Ukrainian takeaway specifically for job creation for refugees.

The place opened 10 days ago and is quickly gaining notoriety as customers are keen to help Ukrainians while enjoying a good meal.

“The forms of help are evolving,” said Karolina Samulowska as she waited for her assignment. “First there was help, sandwiches, train stations.”

At the bar, “on the one hand, the products are here and promote the country, on the other hand, the money goes on and gives the refugees a purpose.”

As a regular stream of customers stop by to pick up lunch, the restaurant’s manager, Dorota Wereszczynska, looks back on the success.

“We didn’t expect such popularity,” she said. “Our motto is “You buy. You eat. You help.”

Further south on the map of Europe, Romania has taken in more than 600,000 refugees from Ukraine.

Flavia Boghiu, the deputy mayor of downtown Brasov, says the key to inclusion is helping people be “as autonomous as possible”.

The city’s refugee centers provide support and information on job opportunities, kindergartens and other activities, she told the AP, and local authorities proudly boast that of 1,200 refugees who have arrived in the city, more than 75% want to stay.

The hiring process is “much slower than normal because most of them don’t have papers with them. … Also, you need to talk to them to understand their particular situation. When you’re a mother with three kids, you need to see what you do.” I’ll take care of the kids (while) she’s at work,” Boghiu said.

Four generations of Anastasia Yevdokimova’s family fled their homes near the Black Sea. The 21-year-old beauty industry worker arrived in Brasov with her grandmother, mother and 3-year-old son. Brasov attracted her with its stunning architecture and access to nature, “which helps distract from the circumstances,” Yevdokimova said.

They were already in need of urgent medical attention for the child and found him to be quick and attentive. That calmed her.

Another refugee, 27-year-old Karina Buiukli, a human resources manager from the Black Sea port city of Odessa, and her family were offered free accommodation with a Brasov couple, but they did not expect the great kindness they encountered .

“Our hosts who own this apartment are so nice and now we are like friends,” Buiukli said. “They showed us the city, they asked us to their house, it seems like we’ve known each other for a long time.”

https://www.ksat.com/news/world/2022/04/04/ukrainian-refugees-find-jobs-kindness-as-they-settle-in/ Ukrainian refugees find work and friendliness while settling in

Amber Alert was canceled today after a 3-year-old girl kidnapped during a DCFS visit to Maywood was found safe, Illinois State Police say

Street workers face Chicago shootings and gun violence, according to a study by Northwestern University and SUNY Albany