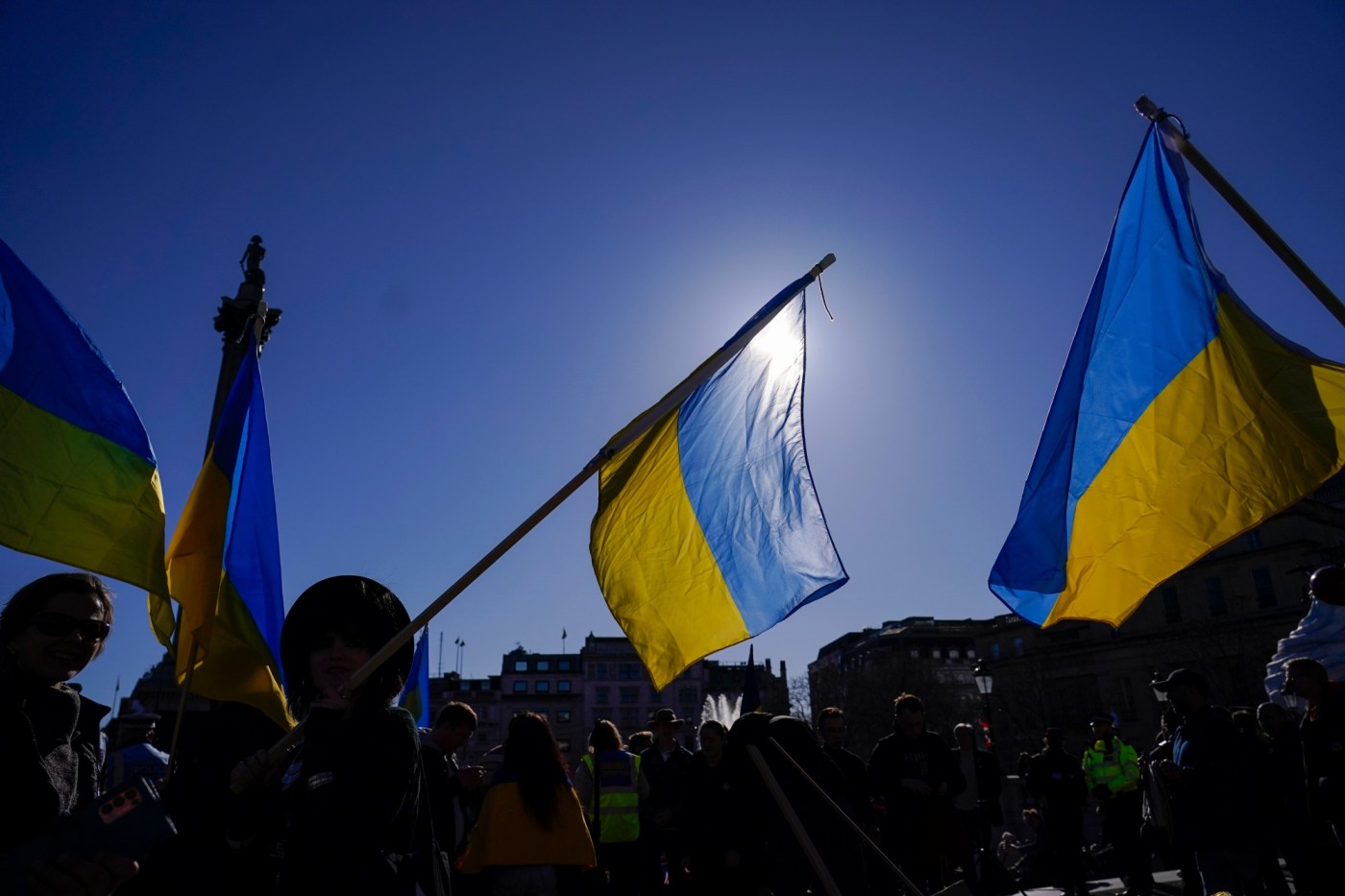 WALDOBORO, Maine – Shell diggers visit Elaine and Ralph Johnston’s hardware store in the coastal town of Waldoboro to buy shell rakes and waders. Since Russia invaded Ukraine, they’ve also been able to snag a more unusual item: the Ukrainian flag, which sells for $15.99.

Unlike cities like New York and Chicago, where symbols of Ukrainian pride sometimes reflect a large diaspora community, Maine has few people of Ukrainian heritage. But the widespread presence of the flag shows a different kind of solidarity. Mainers like to say their spirit is a flint born of harsh winters and an equally harsh economy.

“People over there are doing a good job and fighting for their country and their survival, and we in Maine like that,” Elaine Johnston said.

In Skowhegan, a town in rural Maine, Tom McCarthy, a contractor who also runs a Christmas wreath shop, called a flag maker whose workshop is down the street.

“I said, ‘Make me the biggest Ukrainian flag you can,'” McCarthy said.

“The majority of people in Maine know what combat is, from pulp forests to potato fields, from blueberry fields to lobster waters — we know you have something one day and you don’t another,” McCarthy said. “The people of Ukraine are survivors too, and raising their flag, well, that’s a small sign. But it’s something I could do.”

Bill Swain, the flag maker, said since making his first Ukrainian flag in April he has sold more than 2,000 of them, a faster sales pace than his American and Maine flags. Orders come in from across the country, and he donates a quarter of the proceeds to a charity operating in Ukraine.

Politically divided between its southern shore and a vast interior, Maine is one of two states where districts cast their Electoral College votes separately.

However, the affinity with Ukraine is bipartisan.

“Ukraine is not a red or blue issue, it’s a blue and yellow issue,” McCarthy said.

This article originally appeared in The New York Times.

https://www.ocregister.com/2022/11/26/ukrainian-flags-are-on-display-all-over-maine-why-2/ Ukrainian flags can be seen throughout Maine. Why?