The UK has broken its wind power generation record as stormy conditions and a growing number of turbines allow renewable energy sources to provide more than half of the country’s electricity.

The National Grid Electricity System Operator said Wednesday the country generated record wind power at one point on Tuesday, with preliminary data showing a “maximum wind generation record” of over 21.6 gigawatts. UK demand was around 35 GW as of Wednesday midday.

Strong wind speeds in recent weeks have helped reduce Britain’s reliance on natural gas for power generation and contributed to a fall in gas prices, which are now close to pre-Ukraine war levels.

However, prices remain about four times the average price between 2010 and 2019, reflecting Russia’s efforts to curb shipments to Europe before and during the invasion.

However, wind has consistently accounted for 46-59 per cent of total UK electricity generation over the past week, according to National Grid ESO data. That fell below 30 percent on just one of the last 11 days.

By comparison, over the past week, fossil fuels, natural gas and coal together provided less than 15 per cent of UK electricity generation, compared with an average of 43 per cent last year.

As of Wednesday midday, gas and coal provided just 6 per cent of all UK electricity, with gas generating 1.9 GW and coal 0.5 GW. Wind produced 21.13 GW or 53 percent.

The remainder was made up of nuclear power, hydropower, solar power and biomass, alongside strong imports from continental Europe. The power crisis has eased slightly as France’s nuclear generators, which ran well below capacity for much of 2022, come back online after maintenance.

The UK’s high volume of low-carbon generation and low volume of fossil fuels represents a test for a grid designed to function with much higher levels of fossil generation.

Coal- or gas-fired rotating turbines help add inertia to the grid, which is important to maintain frequency should a major electricity provider suddenly go offline.

However, National Grid has been working to increase the “green” inertia in the grid and aims to be able to operate a “carbon-free” grid by 2025, including through fossil-free turbines.

Julian Leslie, Head of Networks at National Grid ESO, said in March last year that the UK has the “fastest decarbonising electricity grid in the world” and that the operator was “the first to solve the challenge of inertia on a greener grid”. . . 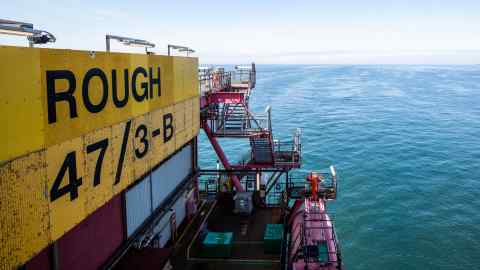 UK wind capacity is forecast to grow significantly from around 25GW of installed capacity to more than 60GW by 2030 and the country is expected to become a major exporter on windy days.

However, gas is still used to heat the vast majority of UK homes, which analysts see as a significant challenge to decarbonising domestic heating.

Cleveland Guardians prospects: 14 who could make MLB debuts in 2023

Pride of the Nation: Can the Lionesses overcome the challenges still facing the game?

Gold: The gold industry relies on blockchain to secure its supply chain