Stealth freezes on tax and benefit thresholds will cost UK households twice as much money as they could benefit from the government’s interest rate cuts, the Institute for Fiscal Studies said on Thursday.

Liz Truss stuck to her tax-cut strategy at this week’s Conservative Party Conference, arguing that it was imperative to kick-start the economy to higher growth – even as she was forced to abandon her most conspicuous measure, scrapping the 45p top rate the income tax. Along with the Prime Minister, Chancellor Kwasi Kmachen insisted the Tories would “deliver lower taxes for you and your family”.

But the IFS analysis showed that even after Kwarteng reversed his predecessor’s increase in Social Security contributions and accelerated the 1p cut in the property tax rate, people across all parts of the income distribution would lose more than they gained.

“Giving with one hand and taking with the other is in this way opaque and stealthy – and when inflation is volatile, the impact can vary significantly from what the government originally intended,” he added. 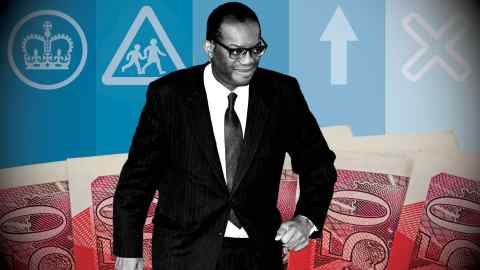 That’s double the £20billion cost the Treasury of Kwarteng’s high-profile cuts to personal tax rates – although the IFS stressed the cuts would weigh heavily on public finances compared to previous plans.

The combined effect of changes in overall tax rates, the introduction of guidelines and the freeze will hit the poorest households hardest, the IFS said. That means Kwarteng’s tax plans remain highly regressive even if the government doesn’t impose any further real cuts in welfare when next year’s revaluation takes place.