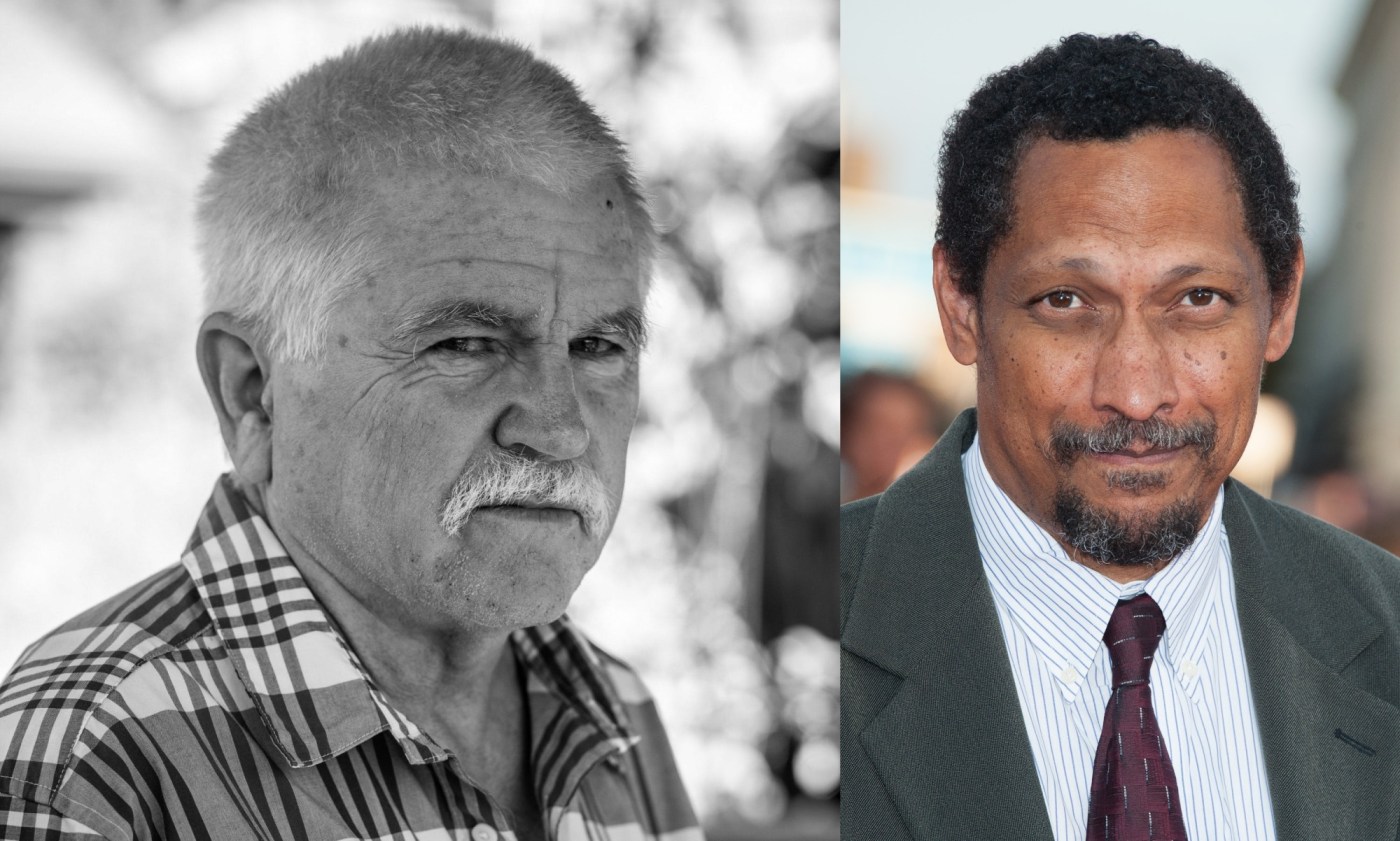 Poets Nathaniel Mackey and Jan Beatty have been selected to deliver the Stephen Minot Lecture and serve as D. Charles Whitney Readers respectively.

After two pandemic years of online-only programming, Writers Week returns this year with a hybrid schedule. Most panels will remain virtual, although four — including the two UCR Creative Writing/Los Angeles Review of Books Lifetime Achievement Awards events — will be held in person on the UCR campus.

Everett, who lives in South Pasadena and teaches at the University of Southern California, last published the novel Dr. NO,” which made the New York Times, Washington Post, and NPR Best of 2022 lists, among others. His two previous novels, The Trees and Telephone, were shortlisted and finalists for the Booker and Pulitzer Prizes, respectively.

Davis, who died in October, was best known for his nonfiction books about California, from his acclaimed City of Quartz: Excavating the Future of Los Angeles to his most recent Set the Night on Fire: LA in the Sixties. His former UCR creative writing colleagues, novelists Susan Straight and Charmaine Craig, will host the Writers Week tribute to Davis.

Writers Week bills itself as “the longest-running and most diverse literary festival in California.”

“Diversity has been a core concern of American literary culture for the past 150 years, and Writers Week embodies that,” festival co-director Tom Lutz said in a written statement.

“Writers who join us during Writers Week bring their unique voices, experiences and perspectives as an integral part of their art,” said Lutz, a distinguished professor and chair of UCR’s department of creative writing and editor of the Los Angeles Review of Books. “We hope the community will join us for another incredible year.”

All events are free. For more information, including the schedule and to register for the panels and programs, visit Writersweek.ucr.edu/schedule23.

High and Dry in Manhattan: Buyers and Sellers in a Housing Market Standoff

Pictures with his, Elin Nordegren’s 2 children

Conrad Khan on ‘Peaky Blinders’ finale: ‘Satisfying but not satisfying’