Uber plans to add long-distance travel bookings to its UK app later this year, including intercity trains, coaches and flights, as Chief Executive Dara Khosrowshahi relaunches the “Super App” strategy he first sketched some years ago.

There are plans to expand Uber’s ride booking app into a one-stop shop for travel, which could eventually include hotels. This aims to provide a “seamless door-to-door experience,” said Jamie Heywood, Uber’s regional general manager for the UK, Northern and Eastern Europe.

The UK, one of Uber’s largest markets outside of North America, will test the service ahead of a wider rollout.

The company hopes adding new modes of transportation will boost its core ride-hailing business, as customers use its driver network to move between transit hubs and earn commissions when customers book train or bus tickets. Before the Covid outbreak, around 15 percent of Uber trips were to airports, so the company hopes that integrating flight booking and ticketing can scale up those higher-margin trips.

Khosrowshahi started talking about Uber becoming a platform for a wider range of mobility options – branded by some in Silicon Valley as ‘Super app‘ — in 2018, a year after he was named chief executive. However, when the coronavirus pandemic brought the travel and transportation industry to a halt, Uber refocused on expanding its grocery delivery business.

“It’s fair to say that Covid has made it a little bit difficult for us to move forward as quickly as we’d like,” Heywood said after adding electric bikes and London Underground Link to his UK app in 2019. “With Covid behind us and this major push into new modes of transport, we want to signal that this is a very important growth driver for us in the years to come.”

Last summer, the UK was one of Uber’s first major markets to report passenger numbers returnbrought to pre-pandemic levels. Ride and food delivery users have reached 20 million in the last 12 months.

After years of regulatory uncertainty over its ability to operate in London, the capital’s transport authority also granted Uber a 30-month license in March. “It’s nice to have turned the page and be able to look ahead with a lot more confidence,” Heywood said. 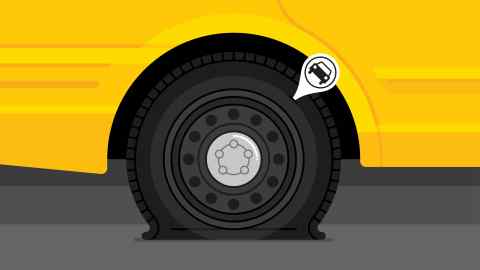 Uber has been forced to increase its fares twice in the UK in recent months. They were raised in November to attract more drivers and last month to include VAT after a court ruled in December that the company should contract directly with passengers.

Whether Uber will eventually become an ally or a new rival to existing travel booking services like Trainline, Skyscanner or Khosrowshahi’s former employer Expedia is unclear at this time.

Uber has not yet announced whether it plans to offer tickets from train and bus operators directly or work with existing aggregator services when the service goes live this summer. Flight bookings will start later in the year, Heywood said, and hotel reservations could follow next year.

After starting out as a rival to traditional taxis and high-end sedans, Uber has gradually added more features to its app over the years, from Eats Restaurant and grocery delivery to bikes and scooters. However, the ability to purchase public transport tickets has been largely limited to one-off experiments like Shared Minibuses in Egypt or the commuter ferry on the River Thames in London, renamed the Uber Boat in 2020.