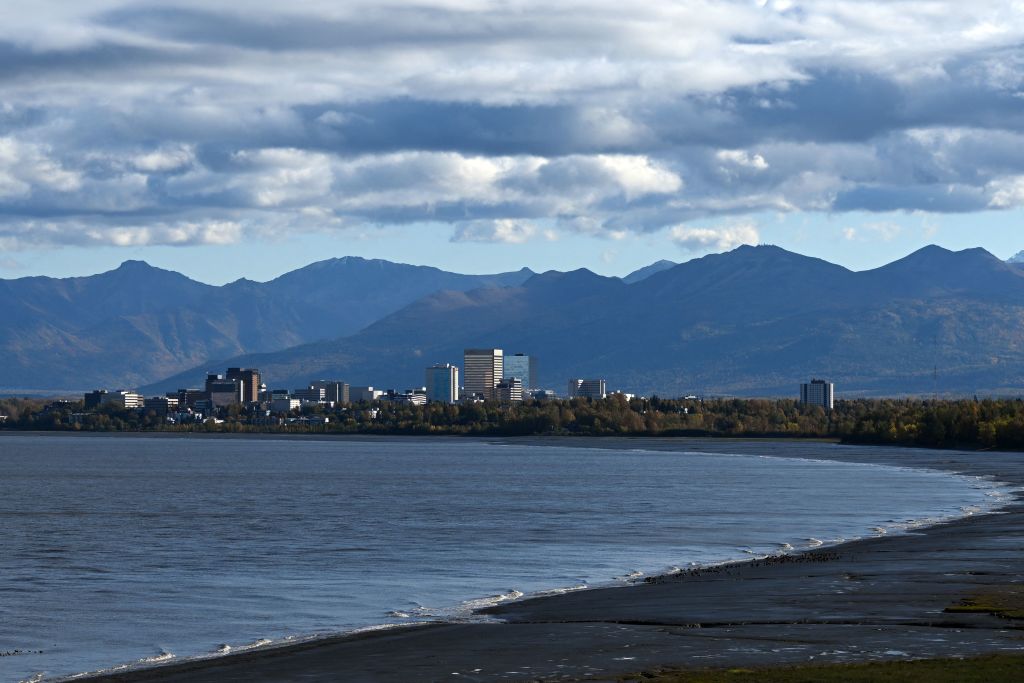 JUNEAU, Alaska – Two Russians who said they fled the country to avoid conscription have applied for asylum in the United States after ending up on a remote Alaskan island in the Bering Sea, the US Senator’s office said Alaska, Lisa Murkowski, on Thursday with.

Karina Borger, a spokeswoman for Murkowski, said by email the office is in contact with the US Coast Guard and Customs and Border Protection and that “the Russian nationals reported that they fled one of the coastal communities on Russia’s east coast to avoid forced labor military service.”

Coast Guard and Customs and Border Protection spokesmen referred a reporter’s questions to the US Department of Homeland Security’s Office of Public Affairs, which provided little information Thursday. The office said in a statement that the individuals “were transported to Anchorage for inspection, which includes a screening and verification process, and then processed under applicable U.S. immigration laws under the Immigration and Nationality Act.”

The agency said the people arrived by small boat on Tuesday. Information on the origin of the people, their journey or the asylum application was not given.

Alaskan Senators, Republicans Murkowski and Dan Sullivan, said Thursday the people landed on a beach near the town of Gambell, an isolated community of about 600 people on St. Lawrence Island. Sullivan said he was alerted to the matter Tuesday morning by a “senior community leader from the Bering Strait area.”

According to a community profile on a state website, Gambell is located about 200 miles (320 kilometers) southwest of the hub community of Nome in western Alaska and about 36 miles (58 kilometers) from the Chukotka Peninsula in Siberia.

A person who responded to an email address listed for Gambell directed questions to federal authorities.

Sullivan said in a statement he has encouraged federal authorities to put in place a plan if “more Russians are fleeing to the Bering Strait communities of Alaska.”

“This incident makes two things clear: First, the Russian people do not want to wage Putin’s war of aggression against Ukraine,” Sullivan said. “Second, given Alaska’s proximity to Russia, our state plays a critical role in ensuring America’s national security.”

Murkowski said the situation underscores “the need for a stronger security posture in the American Arctic.”

Alaska Gov. Mike Dunleavy said Wednesday as details of the situation emerged that he does not expect a continuous stream or “flotilla” of people crossing the same route. He also warned that travel in the region could be dangerous as an autumn storm with strong winds is expected.

US authorities stopped undocumented Russians attempting to enter the US from Canada 42 times in August. That was an increase from 15 times in July and nine times in August 2021.

Russians are more likely to try to enter the US through Mexico, where visas are not required. Russians usually fly from Moscow to Cancun or Mexico City and enter Mexico as tourists before catching a connecting flight to the US border. Earlier this year, US authorities grappled with a barrage of Russians hoping to seek asylum if they reached a control booth at an official crossing.

Some attribute the spike to before Russia invaded Ukraine and attributed it to the imprisonment of Russian opposition leader Alexei Navalny last year. US authorities at the Mexican border stopped Russians 20,608 times from September to August, five times the number in the previous 12 months.

Tommy Davis dead: The two-time NL batting champion for the Dodgers was 83

These are the names people change most often, says Social Security