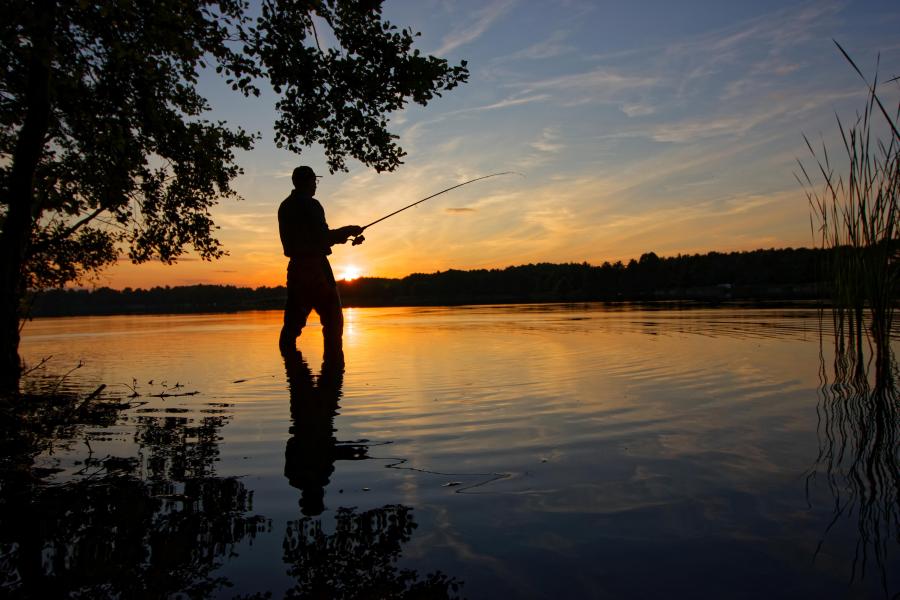 Tournament director Jason Fischer inspected the fish caught by Chase Cominsky and Jacob Runyan, according to the Toledo Blade. He told Nexstar that during that inspection he felt hard objects in the belly of one of the fish.

When he cut open one of the fish, Fischer found lead weights. It happened to at least two other fish, one of which also had walleye fillets inside, reports the Toledo Blade.


Several videos from the event shared on TikTok show Fischer finding the weights in the fish. The crowd around them can then be heard yelling at Cominsky and Runyan to leave. You can also hear other fishermen shouting swear words at the men.

Fischer posted an apology on the Lake Erie Walleye Trail Facebook page, stating, “All LEWT anglers deserve better. I will take my time and figure out how to solidify the integrity of our sport here on Erie. I appreciate all the support over the last 24 hours and the last 4 years. I really love what WE have built and I’ll be back next season with some great new ideas. The schedule will be published shortly!”

Cominsky and Runyon, who were disqualified, would have taken first place and taken home a prize of around $30,000.

California Raisins: How an ’80s sales gimmick became a sensation

According to Blade, Cominsky and Runyan were disqualified from another Lake Erie Walleye Trail event in 2021 because one of them failed a polygraph test. Runyan told the Blade that they passed a subsequent polygraph test.

https://wgntv.com/news/nexstar-media-wire/two-accused-of-cheating-by-putting-weights-in-fish-during-ohio-tournament/ Two accused of cheating by putting weights in fish during tournament in Ohio

GasBuddy: Pump prices up for the second week in a row

Houston crime: Rene Alfredo Alvarado Lopez, 22, has been charged in a hit-and-run accident that killed a 2-year-old on Nairns Street

Includes magazine capacity bans and other abuses of power

GOP under fire for rhetoric over IRS