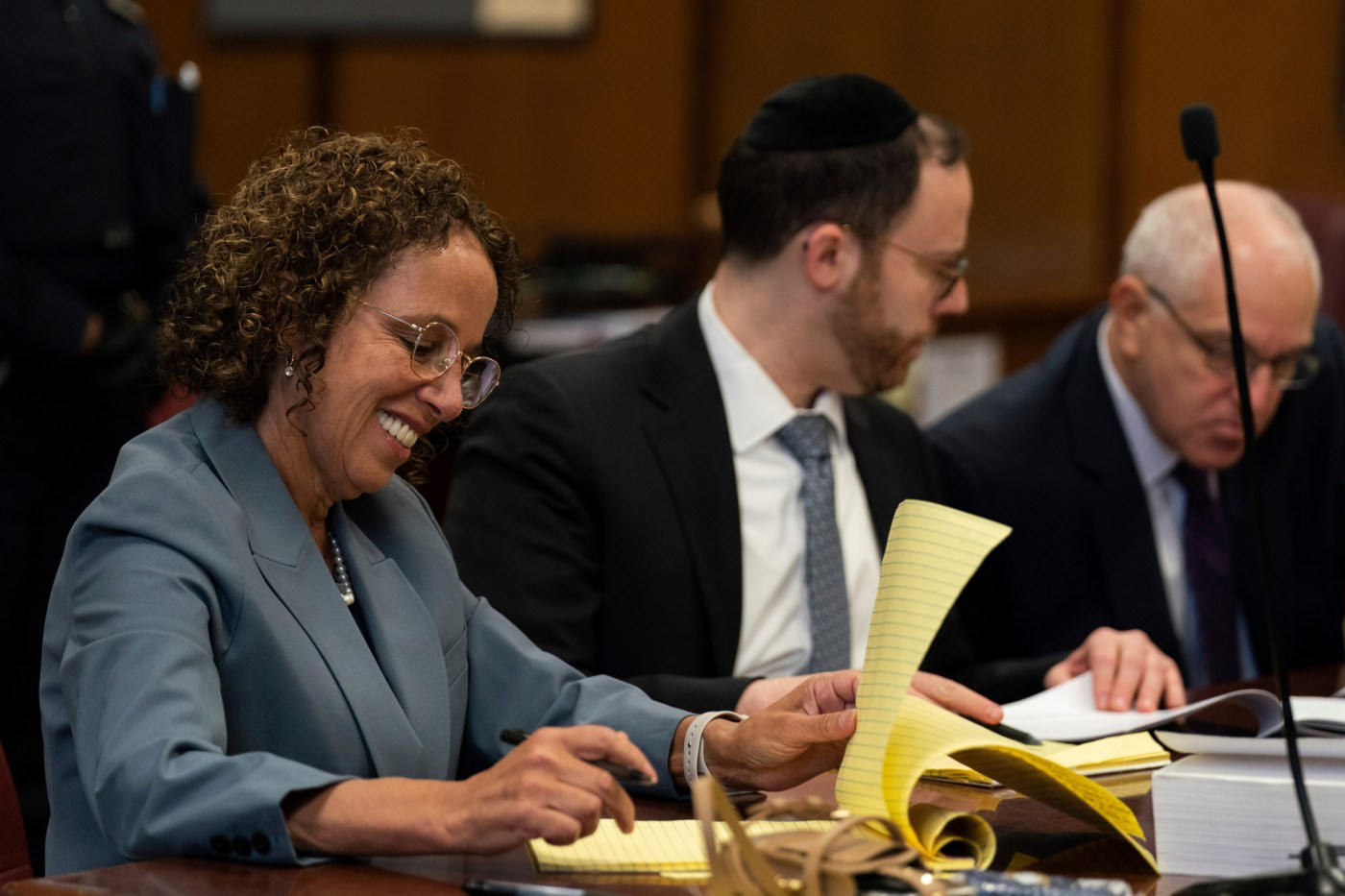 A fine was the only penalty a judge could hand down the Trump Organization after it was convicted of 17 tax crimes last month, including conspiracy and falsifying business records. The amount was the maximum allowed by law. Judge Juan Manuel Merchan gave the company 14 days to pay. A person convicted of the same crimes would have faced years in prison.

Trump himself was not on trial and denied any knowledge of a small group of executives dodging taxes on perks including rent-free housing, luxury cars and private school fees. Prosecutors said such items were part of what they called the Trump Organization’s “deluxe executive pay package.”

The company denied wrongdoing and said it would appeal.

“These politically motivated prosecutors will stop at nothing to apprehend President Trump and continue the endless witch hunt that began the day he announced his presidency,” the company said in a statement after the fine was announced.

Neither the former president nor his children, who helped run the Trump Organization, were in the courtroom.

While the fines — less than the cost of an apartment in Trump Tower — are not severe enough to affect the company’s operations or future, the conviction paints a black mark on the Republican’s reputation as a savvy businessman running a campaign to Regaining the white starts house.

Outside the courtroom, Manhattan District Attorney Alvin Bragg, a Democrat, said he wished the law had allowed for a heavier sentence.

“I want to be very clear: we don’t think that’s enough,” he said. “Our laws in this state must be changed to capture this type of systemic and egregious fraud that has been going on for decades.”

In addition to the company, only one executive has been charged in the case: Allen Weisselberg, a former chief financial officer of the Trump Organization, who pleaded guilty last summer to evading $1.7 million in compensation in taxes. He was sentenced to five months in prison on Tuesday.

The criminal case concerned financial practices and wage agreements that the company stopped when Trump was elected president in 2016.

During his years as the company’s chief moneyman, Weisselberg was given a rent-free apartment in a Trump-branded building in Manhattan overlooking the Hudson River. He and his wife drove Mercedes-Benz cars leased from the company. When his grandchildren went to an exclusive private school, Trump paid their tuition. A handful of other executives received similar perks.

When asked to testify against the Trump Organization in court, Weisselberg said he paid no taxes on that compensation and that he and a vice president of the company conspired to hide the benefits by using the company to counterfeit W-2s -Issue forms.

Assistant District Attorney Joshua Steinglass told jurors Trump played a role and showed them a lease the Republican himself had signed for Weisselberg’s apartment.

Weisselberg also tried to take responsibility on the witness stand, saying no one in the Trump family knew what he was doing. He choked as he told the jury, “It was my personal greed that led to this.”

During the trial, attorneys for the Trump Organization repeated the mantra: “Weisselberg did it for Weisselberg.” In its Friday statement, the company struck a different tone.

“Allen Weisselberg is a victim,” it said. “He was threatened, intimidated and terrorized. He had the choice of pleading guilty and serving 90 days in prison or serving the rest of his life in prison – all over a company car and standard benefits.”

A jury convicted the company on December 6 of tax fraud.

Those fines “represent a fraction of the revenue” generated by Trump’s real estate empire, Steinglass said in court. It could face other reputational damage issues out of court, e.g. B. Difficulty finding new business and business partners.

“We all know these companies are not going to go to jail like Allen Weisselberg,” Steinglass said. “The only way to prevent such behavior is to make it as expensive as possible.”

The Trump Organization conviction does not end Trump’s battle with Bragg, who said the conviction “closes this important chapter in our ongoing investigation into the former president and his dealings.” We now move on to the next chapter.”

Bragg, who has been in office for just over a year, inherited the Trump Organization’s case and investigation of the former president from his predecessor, Cyrus Vance Jr.

At the same time, New York Attorney General Letitia is suing James Trump and the Trump Organization for misleading banks and others about the value of their many assets, including golf courses and skyscrapers – a practice they have learned the “art of stealing.” called. ”

James, a Democrat, is asking a court to ban Trump and his three eldest children from operating a New York-based company and wants them to be fined at least $250 million. A judge has set an October hearing date and appointed a monitor for the company while the case is pending.

Trump faces several other legal challenges as he ramps up his presidential campaign.

A special grand jury in Atlanta has investigated whether Trump and his allies committed any crimes in trying to overturn his 2020 Georgia election loss.

Last month, the Jan. 6 House Committee voted to issue a criminal referral to the Justice Department for Trump’s role in initiating the violent riot in the US Capitol. The FBI is also investigating Trump’s safekeeping of classified documents.

In “Skinamarink” childhood nightmares are transformed into new ones