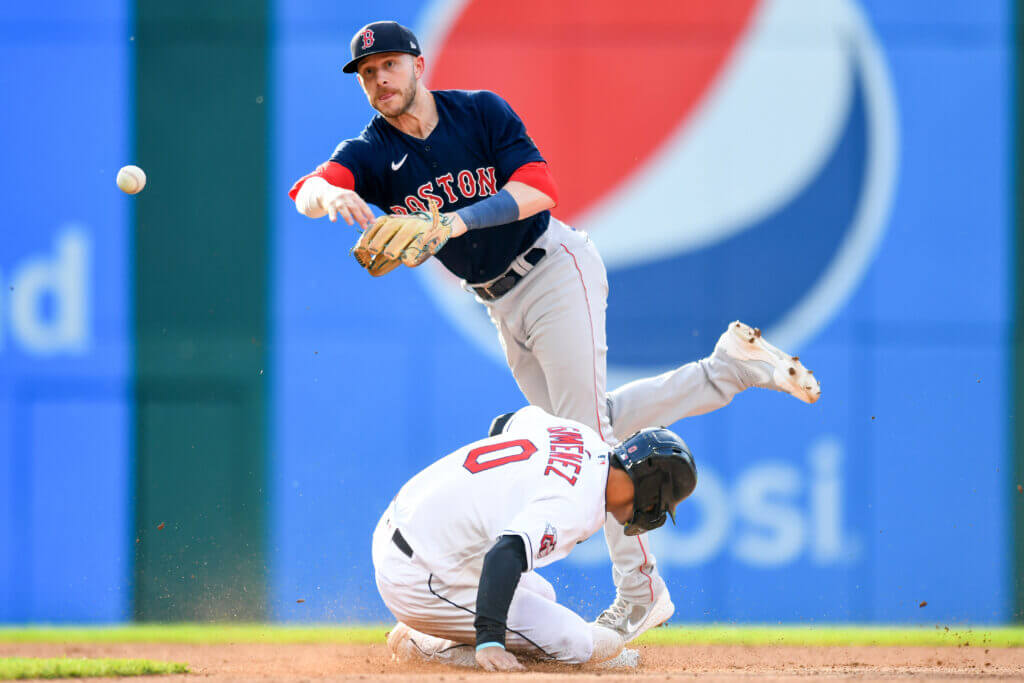 A little over a month ago, the Red Sox watched shortstop Xander Bogaerts sign with the San Diego Padres, the pain broken a bit knowing they had at least Trevor Story, once an All-Star shortstop, on their roster had.

Now they are starting the 2023 season without him.

The team announced Tuesday that Story has successfully undergone internal bracing of the ulnar collateral ligament in his right elbow. While no exact timeline has been given for his return, he is expected to miss at least the first half of the season.

The procedure, a less invasive version of Tommy John surgery, secures the UCL ligament in the elbow with a suture splint without replacing the ligament entirely as is done with Tommy John surgery. It is a newer procedure, generally performed on jugs, and required five to six months’ recovery. Because Story doesn’t put as much force on his elbow as regularly as a pitcher, the Red Sox are hoping he can return sooner but wouldn’t give a target date.

Story signed a six-year, $140 million deal with the Red Sox last spring but only played 94 games last season, much of it due to a broken hand he suffered when he was hit by a pitch in July. After his return in late August, he only played a couple of weeks before a heel injury sidelined him for the remainder of the season. After the season, Story didn’t have any elbow problems, but when he stepped up his off-season training and started throwing just before Christmas, he began to experience pain in his elbow. Story visited a local orthopedist near his home in Texas before flying to Boston to have team doctors examine the elbow. Both groups decided that internal bracing surgery was the best option.

In 2021, Story missed injury time with the Colorado Rockies with an elbow infection (he still played 142 games) and his decline in arm strength in recent years is well documented. However, Red Sox chief baseball officer Chaim Bloom said there were no concerns or anticipation of surgery when the club signed Story last spring, and they figured he wouldn’t need it when the 2022 season ended.

“(Surgery) wasn’t something we considered at the end of the season,” Bloom said. “Obviously he realized his throwing wasn’t what it was in the past, everything when we physically checked him and signed him looked good and he’s been feeling good all season. What he experienced in that incident was something new.”

Pitchers Seth Maness and Sean Doolittle have had surgery in recent years, while Rhys Hoskins had surgery on his non-pitching elbow in late 2020 and returned in early 2021. Mike Trout and Andrelton Simmons also had internal bracing; However, her surgeries should fix the thumb ligaments.

According to a lengthy story from MLB.com in 2017, around the time the internal bracing process was first introduced to MLB players, the process works as follows: “SutureTape attaches to two screws attached to each end of a band or tendon is inserted into the bones and provides a framework for the ligament or tendon to heal against. Imagine a tomato plant (the injured tissue) supported by a tomato stake (the SutureTape). Because the SutureTape is porous, the damaged ligament or tendon grows through the SutureTape mesh and is supported by it.”

Since the ligament is not completely removed as in a Tommy John operation, but is supported and strengthened by the orthosis, the recovery period is much shorter than with a normal Tommy John operation. It’s also only a procedure performed on ligaments that are strong enough to remain intact, rather than on ligaments that are so damaged or torn that they need to be replaced entirely.

Following Bogaerts’ departure, Story had expressed to the Red Sox his desire to switch back to shortstop from second base, where he moved in 2022 out of respect for Bogaerts. With the deal with Bogaerts in place, Story began preparing to play shortstop for the club in 2023.

But now the entire middle of the infield is in question.

The Red Sox were already in the market for expanding their middle infield prior to Story’s operation. When story fell short, the Red Sox explored options for second base. According to Bloom, Kiké Hernández remains an option to move to the infield as either shortstop or second base, but the team would still need to fill their hole in midfield.

Bloom said Christian Arroyo is also an option at second base but the team is still looking to add more. He noted the club would not rush or push Ceddanne Rafaela, a top prospect in the system who can play both shortstop and midfield, to fill Story’s absence. Rafaela, who was named the system’s best defensive player last year, finished last season in Double A and could make his contribution sometime in the second half.

Even so, the Red Sox have several gaps to fill just six weeks before spring training begins.

“I would expect that to be honest, that was my expectation beforehand,” Bloom said. “Whether that’s by free hand or trade, I don’t know yet what that looks like who it is.”

Given the number of lefties already in the lineup, Bloom suggested they’re more likely to pursue righties to fill their current roster holes.

“Obviously the landscape is changing in terms of free agency, in terms of the commercial market and who’s available and at what cost, that’s always changing,” Bloom said. “So we always have to be prepared for that.”

The Red Sox expect Story to be in Fort Myers, Fla. in six weeks for the start of spring training so he can begin his rehab alongside Red Sox coaches.

What happened to Stella Knight? Who is Noah Ritter now? organic

The FTX boss invested in the Paradigm fund, which backed his crypto exchange