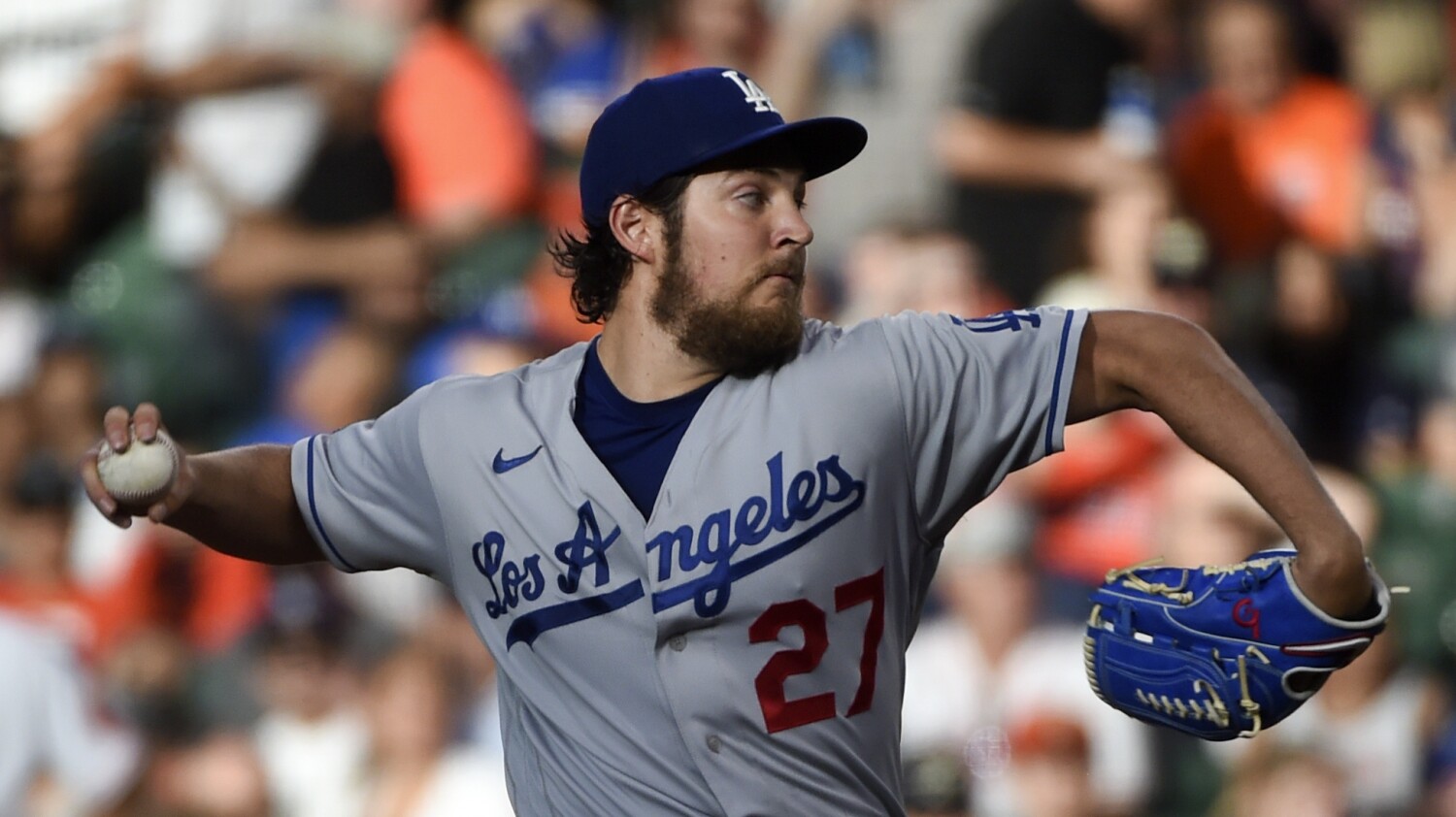 Dodgers pitcher Trevor Bauer cannot access the cellphone records of the woman who accused him of sexual assault, a judge ruled Monday.

The decision could expedite the process for Major League Baseball to determine whether Bauer should be suspended ten months after being accused of violating its sexual assault policy. The league has since kept Bauer on paid leave, with the approval of the players’ union, as legal matters are settled and Bauer claims he did nothing wrong.

The woman’s request for a restraining order was denied, and the Los Angeles County District Attorney subsequently declined to charge Bauer with a felony. In court filings, Bauer’s attorneys said they believed the cellphone recordings could show the woman “enacting a plan to seek out rough sex so she could later try to profit from it.”

On Monday, Los Angeles Superior Court Judge Dianna Gould-Saltman ruled that Bauer’s attorneys did not file the motion in time for her to review Bauer’s application.

Even if they had, Gould-Saltman indicated that she would have been skeptical of the argument that the records would have helped Bauer’s attorneys show that the woman’s attorneys had abused the restraining order procedure, and hence the costs von Bauer should wear for his defense.

“It appears that the materials sought are not relevant to the very limited issue that would arise in court over attorneys’ fees,” Gould-Saltman said.

Gould-Saltman, without comment, denied the woman’s motion to order Bauer to pay at least $10,000 to cover her costs in order to get the court to overturn Bauer’s request for a subpoena.

Neither Bauer nor his accuser were in court at the hearing.

The woman’s attorney said that Bauer engaged in a “witch hunt” and “harassing and abusive behavior” by following the records months after the decision on the restraining order case was decided, and that his attorneys gave the Pasadena Police Department a subpoena for who had served the records without court permission. The Pasadena Police Department received the phone during their investigation.

Bauer’s attorneys claimed the recordings may support their suspicion that the woman’s attorneys “may have abused a process designed to protect genuine victims of domestic violence to gain publicity” and that Bauer should therefore be reimbursed for his legal fees. The woman’s attorneys had asked the court to order Bauer to pay her attorney’s fees, calling it an “unlawful subpoena.”

Bauer is expected to meet with MLB investigators and share his version of events, and could have cited information from the recordings to back up his claim that he shouldn’t be suspended. Under the league’s policy on sexual assault and domestic violence, a player can be banned even if they are not charged with a crime.

For example, in the restraining order hearing, the judge ruled that “the only evidence that anything happened while (the woman) was unconscious was a slap on the bottom,” despite her claims of other injuries she sustained had while unconscious.

Although the district attorney said he could not prove any allegations beyond a reasonable doubt, Commissioner Rob Manfred would not be required to meet that standard and would evaluate Bauer’s conduct against a league policy that defines a non-consensual sexual act in part as “when a person uses force … or if the victim is … unconscious or legally incapable of consent.”

After the district attorney declined to press charges, Bauer said he had rough but consensual sex.

“I never attacked them in any way,” Bauer said.

Manfred also has the authority to have the Dodgers determine any discipline for Bauer.

Bauer is on leave until April 16, but can be extended. It’s unknown what information the league may have gleaned from its meetings with an Ohio woman who made similar allegations against Bauer, the Washington Post reported, and agreed to cooperate with MLB investigators.

Bauer is in the second year of a three-year, $102 million contract with the Dodgers. Although he didn’t serve in the second half of last season and won’t be on the squad this season, he hasn’t lost any of his salary due to players being paid during administrative furloughs. Players will not be paid during suspension.

https://www.latimes.com/sports/dodgers/story/2022-04-04/trevor-bauer-hearing Trevor Bauer does not have access to accuser’s phone records, judge says

Final Four has a blue hue with power programs