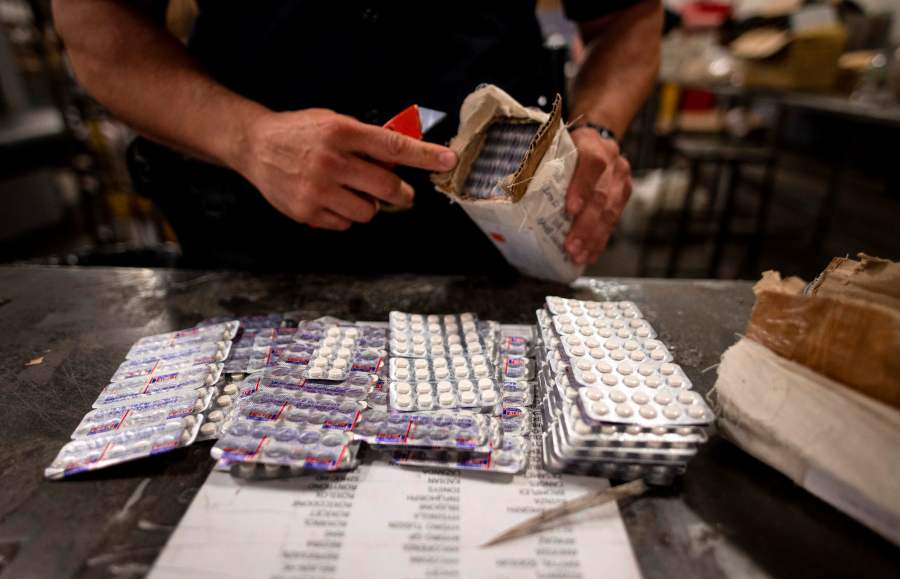 The dangerous opioid fentanyl continues to contribute to overdoses in the United States, although its origin has changed in recent years.

From 2014 to 2019, 70% to 80% of the fentanyl seized by federal authorities came from China, according to a report by the US Commission to Combat Trafficking in Synthetic Opioids.

Chinese manufacturers “relyed on the internet to sell their drugs and international mail and parcel delivery systems to ship their products to the United States,” the report said.

Since 2019, however, production has shifted to Mexico, where precursors from China and other Asian countries are processed into fentanyl, which is then shipped overland to the United States

“Mexico-originated fentanyl is often of very low purity — generally in powder form at or just above 10 percent — but now accounts for almost all of the fentanyl seized by law enforcement since late 2019,” the report added.

Meanwhile, the residents of SoCal overdose on this potent drug, some fatally, in what Dr. Thomas Yadegar calls the “unspoken pandemic”.

On Tuesday morning, Yadegar met with a patient at Providence Cedars-Sinai Tarzana Medical Center who actually stopped breathing due to taking fentanyl.

“I didn’t realize how strong that is, you know?” said the patient.

The patient, whose identity KTLA has withheld, had to be resuscitated with Narcan, which reverses the effects of the opioid, but not everyone gets that chance.

As part of that process, distributors put fentanyl in counterfeit prescription pills and other drugs, and some people don’t even know they’re taking fentanyl, Bodner said.

The drugs are often manufactured in unregulated labs across the borderwhere drug cartels use cheap, unskilled workers to make fentanyl, which is easier to make than cocaine or heroin and more profitable than any other drug.

Alejandro Hope, a Mexican safety analyst, said manufacturing fentanyl is a game changer for the cartels and it will likely take work on both sides of the border to stem its growth.

“Just trying to suppress it on the Mexican side of the border will likely prove futile. They need a broader strategy that also addresses additional demand in the US,” he said.

Meanwhile, doctors across the US fight every day to save lives, but Yadegar knows the odds could be against them.

“It’s depressing to know that this may just be the tip of the iceberg and that we’ll all have to deal with it more and more over the next year,” he said.

While the patient Yadegar met with Tuesday has vowed to get clean, the doctor knows he’ll need some luck on his side.

“Hopefully we never have to see you in the ER again,” Yadegar told him.

“Yeah, at least not for that kind of s-” the patient replied.

We have 3 years to reverse course, major climate reports find

2 dead, 1 in custody after crash near Kalamazoo

A superior family is allowed to stay in RVs after Marshall fire, but in a different location – CBS Denver

A ‘scary’ job: Detroit cops comb a landfill for the body of a teenager