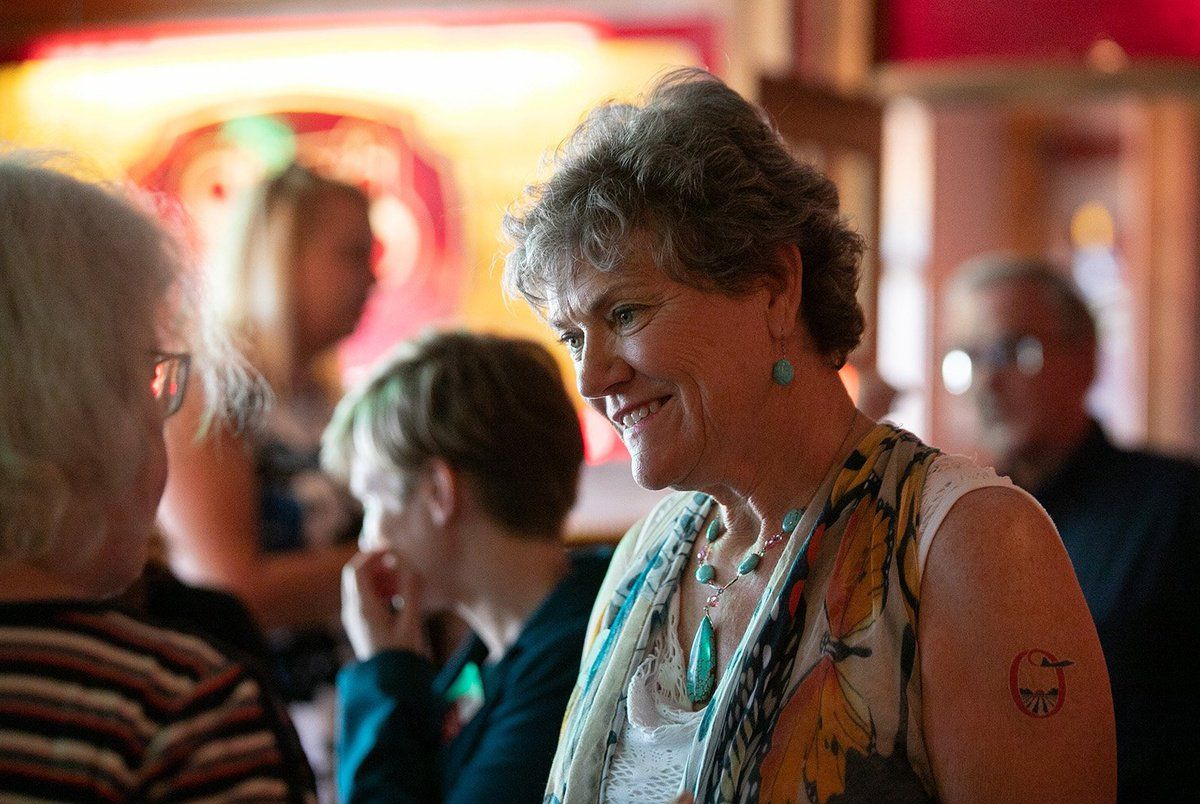 The Texas Democratic Party leader race is rocked by allegations that a challenger, Kim Olson, pushed the party’s top official during a bus tour in 2018.

Olson denies the allegations, which her opponent, incumbent Gilberto Hinojosa, has publicly escalated, arguing that she is unfit to lead the party. Thousands of delegates to the state party convention in July will elect the next leader, who will be responsible for raising money for the party and running its embassies.

The controversy came to a head late last month at a meeting of the State Democratic Executive Committee, the state party’s governing body, where Olson supporters unsuccessfully asked the party to remove a resolution from its website condemning Olson over the alleged incident . The resolution, presented at a county convention, also called for her to drop out of the race.

Olson responded by calling the allegations false and calling for a separate Democratic group, Texas Democratic Women, to condemn the resolution’s author.

The allegations date back to the fall of 2018 when Olson, then running for commissioner of agriculture, took part in a bus tour with other nationwide Democratic candidates. During an event in Killeen that focused on veterans, Olson was upset that she didn’t sit more prominently even as a veteran, said four Democratic campaign and party officials who said they witnessed the incident. Olson is a former Air Force colonel, but organizers had attempted to include all candidates in the vote to maintain consistency throughout the tour.

After the Killeen event, Olson angrily confronted party staff on the bus, according to the four people. Then-executive director Crystal Perkins intervened and tried to address the dispute, but Olson remained angry and pushed Perkins, causing her to fall behind, the witnesses said.

Hinojosa made the allegation in late December, while responding to Olson’s accusation that he was misogynistic for referring to her as “that woman” in a newspaper. He apologized for not being more careful with his language, but added that he believes “a Democratic candidate for Commissioner of Agriculture who physically assaulted the Executive Director of the TDP (who is a woman) in 2018 and a staff member (who is a woman who verbally assaulted an Asian-American woman) over a seating arrangement at an event has nothing to do with running our party.

“These are untrue and baseless allegations, never before a court of law, designed to damage my reputation and part of an orchestrated smear campaign,” Olson said in her recent letter to the Texas Democratic Women board of directors. Olson added that there are “numerous people, all well-respected former national candidates, who were on the bus who can confirm that the alleged events did not take place.”

Asked for the names of these candidates, Olson’s campaign referred to Joi Chevalier, then the Court of Auditors candidate. Chevalier backed Olson’s bid for state party leader.

“I was on the campaign bus that day and do not recall the nature of the allegations made, nor have I heard anything of the sort in years past,” Chevalier said in a statement. “It is hard to imagine the circumstances under which Col. Kim Olson would engage in the type of activity that is alleged.”

Hinojosa faces challenges at the state convention from both Olson and Carroll G. Robinson, chairman of the Texas Coalition of Black Democrats. Both challengers argue it’s time for a change as Democrats’ hopes of blue-painting the state keep falling short, particularly in the 2020 election. Hinojosa has held the job since 2012 and made his re-election bid during the recent SDEC -Assembly official.

The resolution that turned the recent SDEC meeting on its head was authored by Texas Democratic Women President Kassandra Elejarza. She submitted it to her Hidalgo County convention in early March, and it condemns Olson for the alleged incident and calls for her to withdraw from the race.

“Any violence in the workplace and at any political event is abhorrent, intolerable and unacceptable,” the resolution said.

But there was quick fallout from the meeting. A San Antonio SDEC member, Robert Vargas, sent an open letter to Olson, saying, “The fact that your team has attempted to silence the voices of those who have made allegations is extremely disturbing,” Vargas said , he stands by Elejarza and Perkins, and he urged Olson to answer the allegations himself.

One of the SDEC members involved in the motions, Glenn Melancon, reacted with outrage, saying he’s “never been on anyone’s ‘team’ except the Texas Democratic Party.” Melancon said he has no plans to compete in the chair race. Another SDEC member who led the motions, Kay Parr, supported Olson.

In her letter to the Texas Democratic Women Board, Olson said Elejarza’s behavior was “unprofessional, displayed extreme lack of judgment, and was malicious.” Elejarza declined to comment other than to say she is not currently supporting anyone in chair racing.

https://www.ksat.com/news/texas/2022/04/04/texas-democratic-party-leadership-election-roiled-by-accusation-that-a-candidate-pushed-a-staffer/ The Texas Democratic Party leadership election was rocked by allegations that a candidate pushed a staffer

SZA Reveals Her Ankle Broke After Her GRAMMY Win (Video)

'Flee’ didn't win an Oscar, but its refugee story couldn't be more timely

How to Make Money: A local woman helps others monetize clothes through resale