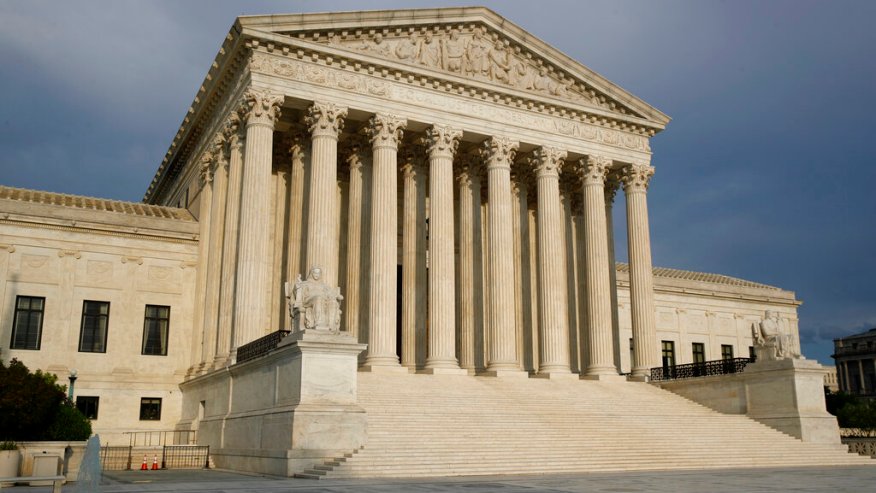 (The Hill) – The Supreme Court on Monday will hear arguments in a case between Idaho landowners and the Environmental Protection Agency (EPA), a dispute that could redefine the scope of the country’s clean water regulations.

The first case of the judges’ new term, which lands just before the 50th anniversary of the Clean Water Act, will include arguments about wetlands and when they may or may not be regulated by the federal government.

Though the litigation is technical, it could have far-reaching implications for the country’s water quality if the conservative 6-3 majority court uses the case to limit the EPA’s regulatory reach.

“If the Supreme Court were to rule that way, we’re basically turning back the clock 50 years,” said Rep. Peter DeFazio (D-Ore.), chair of a House panel on water resources and the environment. “That would remove 50 percent of our critical wetlands and 70 percent of our rivers and streams from federal protection.”

The case began in 2007 when Michael and Chantell Sackett were told they needed a federal permit to build a home on land they owned because it contained wetlands, prompting the Sacketts to sue.

A federal court, which sided with the US government, ruled that the wetlands on the Sacketts’ property had a “significant connection” to other regulated bodies of water, meaning the couple needed a permit to build there.

The Sacketts are now asking the Supreme Court to remove the “significant association” threshold. Instead, their petition favors a separate test by former Justice Antonin Scalia, who required the water bodies to have a “continuous surface water connection” — a higher threshold that would apply to fewer wetlands.

But the stakes in this case go well beyond an ownership dispute. It attracted briefs from environmental groups arguing it would hamper the government’s ability to protect people from pollution, and from industries like agriculture, mining, construction and oil and gas, which support deregulation efforts.

“This is a very, very big deal for the Clean Water Act. It will likely determine whether the Clean Water Act can protect half of the water bodies in the country, and failing that it will be virtually impossible to meet the Act’s water quality goals on which we all rely,” said Jon Devine , who leads the federal water policy team of the Natural Resources Defense Council.

The case appears to reflect regulatory differences between the Trump administration’s efforts to limit regulations only to wetlands with continuous surface water connections to other regulated bodies of water and the Obama administration’s regulations, which applied the significant nexus test.

Overall, 51 percent of the country’s wetlands would not be protected under the Trump-era rule, according to a slideshow obtained by E&E News.

The Biden administration has proposed regulating some wetlands that meet the significant Nexus standard.

And while the Sacketts’ petition to the court appears to support continuous surface water testing, they propose a separate test in their opening brief.

They say a wetland should be “inseparable” from another regulated body of water and also subject to Congressional authority over interstate waters.

Damien Schiff, an attorney representing the Sacketts, said that complying with the Clean Water Act can be significantly onerous, both in the application process itself and in relation to environmental damage mitigation requirements.

“Whenever the Clean Water Act goes into effect, it adds a significant financial burden, not only because there are many costs involved in the application process … but simply the cost of compensatory reduction,” said Schiff, a senior attorney at the Pacific Legal Foundation.

He said that the Army Corps of Engineers “might very well issue a permit, but usually the permit is not only issued for a much smaller project than originally requested, but it is always accompanied by a fairly substantial offset mitigation obligation, and that can run into the hundreds of thousands if not millions of dollars.”

A looser test would likely apply to fewer wetlands and allow individuals and businesses to trade there without EPA oversight.

Under the current system, many polluters are not necessarily prevented from carrying out activities in regulated waters.

Instead, they may either have to apply for a permit that includes provisions that they comply with environmental protection measures, or follow existing provisions in a “general permit” that provides for a blanket waiver of certain activities.

However, environmentalists say that while pollution still occurs when permits are in place, the provisions they offer are important to avert the worst damage.

“In this case, it’s not about banning construction or development, it’s about what safeguards are in place if someone does,” Devine said.

Environmentalists say this pollution can end up in America’s drinking water and also harm fish that people catch for consumption. And while many public water systems are treated to prevent pollution, some people get their water from private wells that may not receive the same level of treatment.

“Drinking water has standards, but that doesn’t mean all those standards are perfect, and the pollution that comes in through those sources means higher treatment costs. That means people who live near wells or in areas where the water treatment systems aren’t as big, fancy or as expensive will suffer,” said Sam Sankar, senior vice president of programs at Earthjustice.

Sankar said his organization has 18 tribes as clients, and many of them will face “direct impacts.”

The court began work Monday after an epochal term in which the six Republican-appointed judges pushed an aggressive conservative legal agenda.

The case will be the first to be tried by Ketanji Brown Jackson during her tenure as Supreme Court Justice.

Though overshadowed by the court’s quashing of Roe v. Wade, last term the court voted 6-3 to roll back the powers of the federal agency in West Virginia v. EPA, a case that limited the government’s powers to regulate carbon emissions from power plants .

Court observers believe the conservative majority court will continue its legal course during this term.

“There is no reason to believe that this coming term, or any term for the foreseeable future, will be any different,” said Irv Gornstein, executive director of Georgetown Law’s Supreme Court Institute recently. “On the most important things, get ready for a lot of 6-3s.”

https://wgntv.com/news/nexstar-media-wire/supreme-court-to-hear-case-that-could-have-massive-impact-on-us-water-quality/ The Supreme Court is considering a case that could have a massive impact on water quality in the United States

Lots of sun with less humidity the rest of the week

The government is trying to control the increase in fuel prices despite the Ukraine crisis: Piyush Goyal – The Economic Times Video