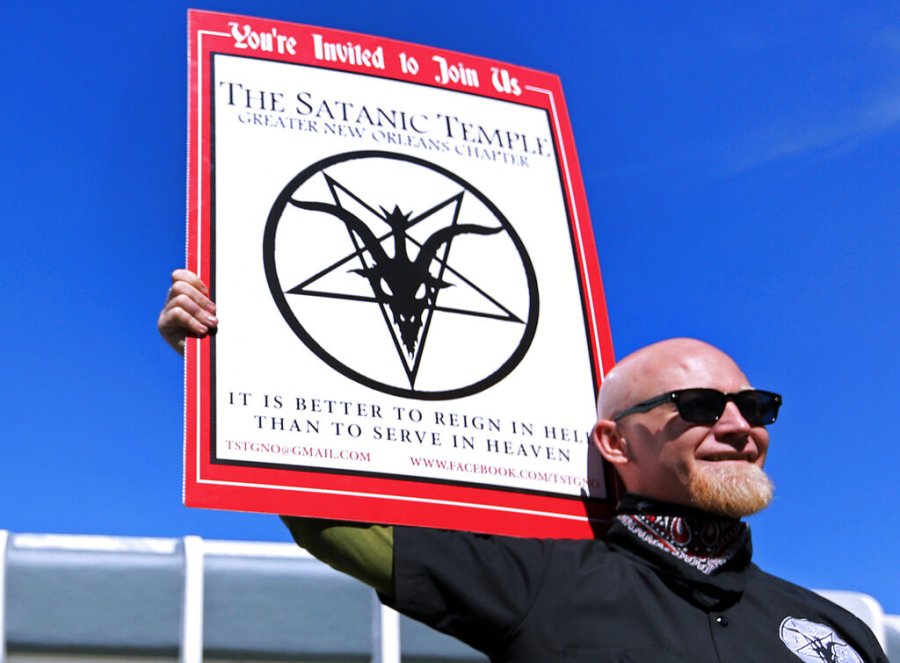 Now The Satanic Temple is also getting involved. The Salem, Massachusetts-based group, which does not believe in a literal Satan but describes itself as a “non-theistic religious organization,” sued Idaho in federal court late last week that state bans on abortion violate the rights of members who may have ” abortion ritual” of the temple.

“Our members have a sincere religious belief that they can and should have an abortion,” W. James Mac Naughton, The Satanic Temple’s attorney in unintended pregnancy cases, said in a telephone interview Wednesday. The organization filed similar lawsuits in Indiana last month and in Texas last year, and Mac Naughton said he wouldn’t rule out filing more lawsuits in other states.

Forcing people to adhere to one religious belief – that life begins at conception – and denying them the right to practice another – that everyone has the right to control their own body – violates religious freedom, he said .

The Satanic Temple, called TST in the lawsuit, is separate from the Church of Satan, which was founded in the 1960s. Founded in 2013, Satanic Temple champions secularism and views Satan as a literary figure used as a metaphor for defending personal sovereignty against religious authority.

The religious tenets of the Satanic Temple include the belief that people should be in control of their own bodies, that the freedoms of others should be respected, and that scientific facts should not be distorted to fit personal beliefs.

The organization also has what it calls a “Satanic Abortion Ritual,” which involves the process of a person remembering that their body is safe, undergoing the abortion, and then reciting a personal affirmation.

In the lawsuit, the organization says some of its Idaho members are “unintentionally pregnant women.” Every woman has a proprietary right to her own uterus, the organization said, and that right — including the ability to remove a “protected unborn child” from the uterus — cannot be legally taken by the state without compensation.

The Temple also alleges that Idaho subjects involuntarily pregnant women to involuntary servitude by forcing them to provide oxygen, nutrients, antibodies, body heat and other services to an embryo or fetus during pregnancy. Finally, the organization claims that the state unfairly discriminates against many pregnant people by allowing abortions only for those who are victims of rape or incest, and not for people who accidentally became pregnant.

Idaho Attorney General spokesman Scott Graf declined to comment on the lawsuit because the office has a policy against commenting on pending litigation.

According to the National Conference of State Legislatures, at least 21 states, including Idaho, Indiana, and Florida, have enacted laws preventing state interference with religious freedom from being reversed.

The laws are not identical, but they often state that governments must not interfere with an individual’s ability to exercise religious freedom without overriding state interest. If there is an overriding reason, the interference with the person’s religious freedom must be done in the least restrictive manner.

However, spiritual beliefs regarding abortion and other reproductive health issues are often nuanced, even within individual religious groups. The ACLU also sued in Indiana last month, saying the abortion ban violates Jewish theological teachings, as well as theology that allows abortions by Islamic, Episcopal, Unitarian, Universalist and Pagan faiths in certain circumstances.

In June, a synagogue sued Florida’s law banning many abortions after the 15th week of pregnancy, saying the law forbids Jewish women from practicing their faith free from government interference.

At least 66 US clinics have banned abortions, the institute says

Chicago Events: Prince: The Immersive Experience is now open at The Shops at North Bridge