Genshin Impact 2.6 introduced a slew of new world quests for players to complete, and many of these can be found in The Chasm. This new area is a massive addition, giving users the opportunity to explore an underground cave that stretches deep beneath Liyue.

Fans will want to complete this massive new page as they can win tons of rewards and rare items throughout their journey. The Missing Miner is a new world quest that shouldn’t require too much work from the players. 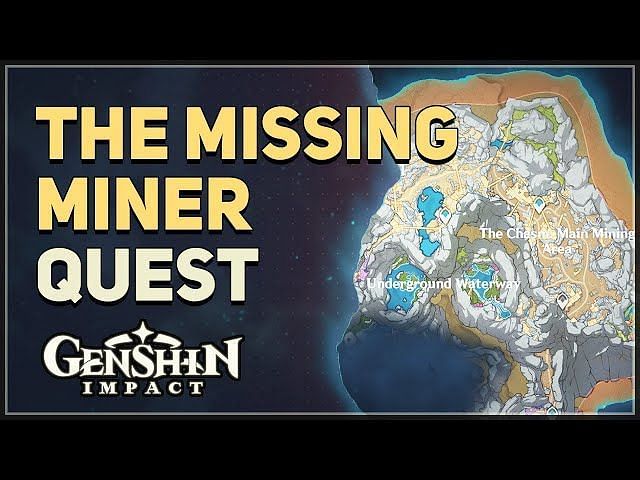 This Genshin Impact world quest is located in the underground part of The Chasm, starting in the Underground Waterway area. Fans must find an item called the Work Manual lying on a table and interact with it to start this quest.

To get to the book, they must climb through a hollow log and follow it into a small room. The book will be slightly highlighted as players approach it, making it easier to spot.

Once players have reached the book, they can interact with it, which will give them some additional information about the quest’s background and cause an NPC named Uncle He to appear out of nowhere. He will talk to the users, explain the quest, and then ask them to bring him some Mushroom Meat.

To obtain Mushroom Meat, individuals must get out of the log and start gathering nearby Star Mushrooms.

This mushroom meat that Uncle He wants is just outside his notebook in the form of glowing Star Mushrooms. While collecting these items, players will be attacked by several floating mushrooms, and these squishy enemies don’t pose much of a threat.

They can take a while to kill if users aren’t prepared for them, but defeating the party shouldn’t be difficult. After that, the individuals will talk to Uncle He again, and the quest will be almost complete.

Take Uncle He back to base camp

To complete this Genshin Impact world quest, players simply need to return to the Chasm’s base camp and speak to Jinwu. This will start a cutscene where Uncle He and Jinwu are reunited, although He’s exposure to Mushroom Meat has made him very different.

Still, they’re happy to see he survived the abyss and thank the players by rewarding them with some awesome items. Fans can get these rewards for completing this quest:

Fans will definitely want to complete this short quest as it only takes a few minutes and offers some great rewards.

The latest Genshin Impact 2.6 update has brought tons of content for players to explore, and this new quest is a great way to get some easy rewards.

"What we have done is amazing"

Does it make sense for the Heat to put more dollars into the mix? – Orange County Registry