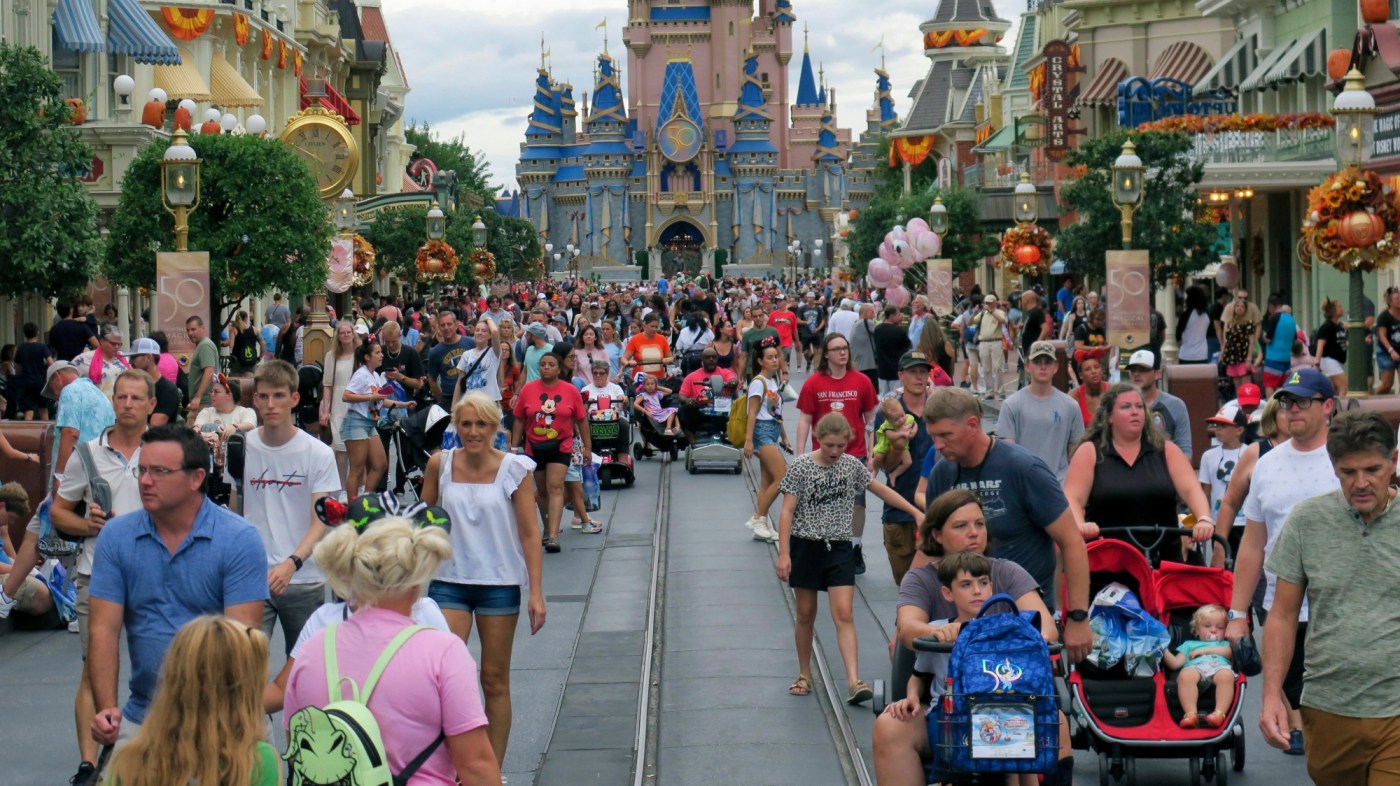 Let’s hear it for the thousands of Disney and Universal employees in Florida who did heroic work during Hurricane Ian.

The deadly storm shut businesses across Florida and the Southeast, but theme park resorts kept their hotels open to accommodate tens of thousands of visitors stranded by Ian, as well as many evacuees from Florida’s Gulf Coast who made their way inland to see the relatives made to shelter Orlando security. That meant many of the Walt Disney World cast members and Universal Orlando team members had to stay at work tending to these guests.

At the same time, many other theme park employees stayed on site to work as ride-out crews, securing the parks for the coming storm and then getting them operational again once Ian was over.

When workers are on the job during a storm like Ian’s, it means they can’t be at home taking care of their belongings or loved ones. Thousands of hospitality workers, medical workers, utility workers and other first responders also remained on duty to protect Florida residents and the state’s guests during one of the most dangerous moments in the state’s history.

There will come a moment when Southern California workers will be asked to do the same when the state’s next, inevitable, major earthquake strikes. Just as millions of workers performed during the recent pandemic lockdowns for food, shelter, health care and other essential services.

For looking after us in our most fragile moments, these staff deserve far more than our thanks. They deserve the legal respect and financial security that the American working class has been denied for too long.

At both Walt Disney World and Disneyland, performers at Disney’s theme parks are represented by unions that can bargain collectively to get their members the pay and benefits they deserve. Disney World unions represent so many Central Florida workers that they effectively set wages at Disney’s competitors, who dare not undercut Disney’s wages if they want to attract hard-working employees. All workers across the country deserve union representation, but that can only happen if the government penalizes companies that lay off workers or penalizes workers who try to form a union.

The state can also help by ending the ridiculous practice of taxing money earned through work higher than money earned simply by having money. Treating capital gains as ordinary income and removing the income tax cap on payroll taxes would rake in billions of dollars to fund the education and healthcare that have dumped millions of working-class Americans into crippling debt. It could also pay off to bury utility lines and otherwise improve our infrastructure to protect us from storms, wildfires, and other inevitable natural disasters that damage or destroy communities from coast to coast.

America’s working class keeps stepping up to protect America. It’s high time we stopped leaving them to the mercy of the increasingly dangerous winds.

The restaurant works to raise awareness of alopecia

The Oscars strike back

How the Red Hot Chili Peppers rediscovered themselves