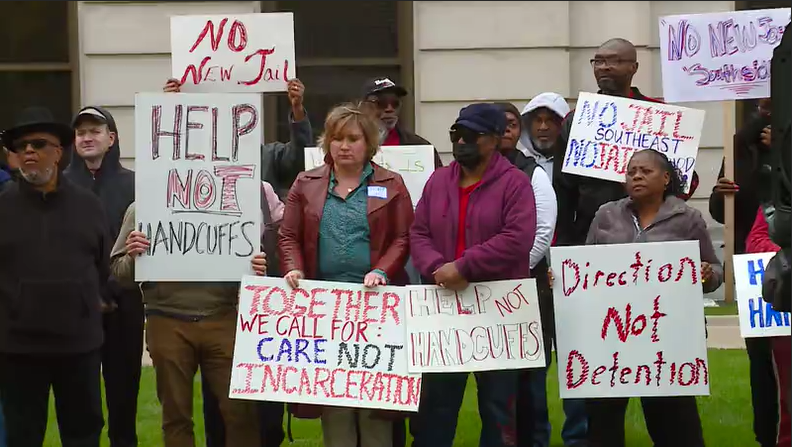 FORT WAYNE, Indiana (WANE) – The Help Not Handcuffs Coalition held a rally at the Allen County Courthouse Saturday afternoon calling for prison reform and the abandonment of the proposed new prison site in southeast Fort Wayne.

Dozens of people showed up for the event outside the courthouse.

Commissioner: Looking for new prison locations after failing 8 possible locations, but maybe not


In addition to scrapping the proposed jail location, the coalition wants the Allen County Board of Commissioners to adopt a “care first, jail last” culture by releasing minor offenders with certain conditions, according to a Friday news release.

The best dogs are secret dogs

“We need answers,” the parents of Muskegon Heights are annoyed about the teacher shortage

"Crushed but not broken" – make a difference