The scientific search for explanations of the structure of the universe was given new impetus by the discovery that the particle responsible for one of the four fundamental forces is heavier than previous theory allows.

Physicists working at the Fermilab lab near Chicago analyzed debris from millions of high-energy particle accelerator collisions before concluding that the unexpectedly large mass of the subatomic W boson is inconsistent with the Standard Model that describes the physics underpinned.

The model provides a consistent but incomplete description of all forces and particles in the cosmos. Physicists know that the theory from the 1970s needs to be expanded because it can describe three fundamental forces – strong, weak and electromagnetic – but not the fourth, gravity.

Nor can it explain the mysterious dark matter and dark energy that observations by astronomers have shown dominate the universe.

“The discovery came as a surprise,” said Chris Hays, a physics professor at Oxford University and one of 400 scientists who analyzed a quarter-century of data from Fermilab’s Tevatron accelerator to measure the mass of the W boson. The W boson, which is 80 times heavier than the proton, is a weak force carrier particle.

“This is potentially a big deal,” Hays said of the discovery released Thursday in Science magazine.

The results will add urgency to the search for what scientists are calling “New Physics” — a protracted quest revived a decade ago when scientists at the Large Hadron Collider at the Cern lab near Geneva confirmed the existence of the Higgs boson, the last building block of matter predicted by the Standard Model.

“If the difference between the experimental and expected value is due to some kind of new particle or subatomic interaction, there’s a good chance it could be discovered in future experiments,” said David Toback, a professor of physics and astronomy at Texas A&M University and one of the principal scientists behind the research.

His team calculated the mass of the W boson to be 80,439 megaelectronvolts (MeV), compared to 80,357 MeV for the Standard Model. Although they differ by just 0.1 percent, “when you look at the history of physics, big breakthroughs are often hinted at by very small differences,” said Harry Cliff, a particle physicist at Cambridge University who is not involved with the project was.

For example, a one in 12 million discrepancy between the predicted and observed orbits of the planet Mercury is an important clue to Einstein’s general theory of relativity, he added. 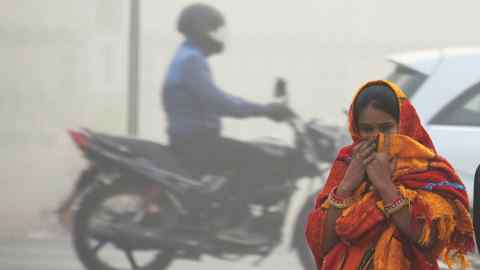 Other anomalies reported from experiments at Cern and Fermilab involve the decay of subatomic particles called beauty quarks and the magnetic behavior of muons, which are heavy relatives of the more familiar electrons.

“People will now focus on how to explain these anomalies,” Hays said. “Some theories will be able to accommodate them and others will not.”

Some physicists have advocated an addition to the Standard Model called supersymmetry, affectionately known as Susy. It proposes a range of “superparticles” to complement the subatomic particles of the Standard Model.

To their disappointment, extensive searches by the world’s particle accelerators have not yet discovered one. But the mass discovery of the W boson could bring new life to Susy.

So, Iowa's new "MOMs" bill is really a "you gotta be a mom" bill