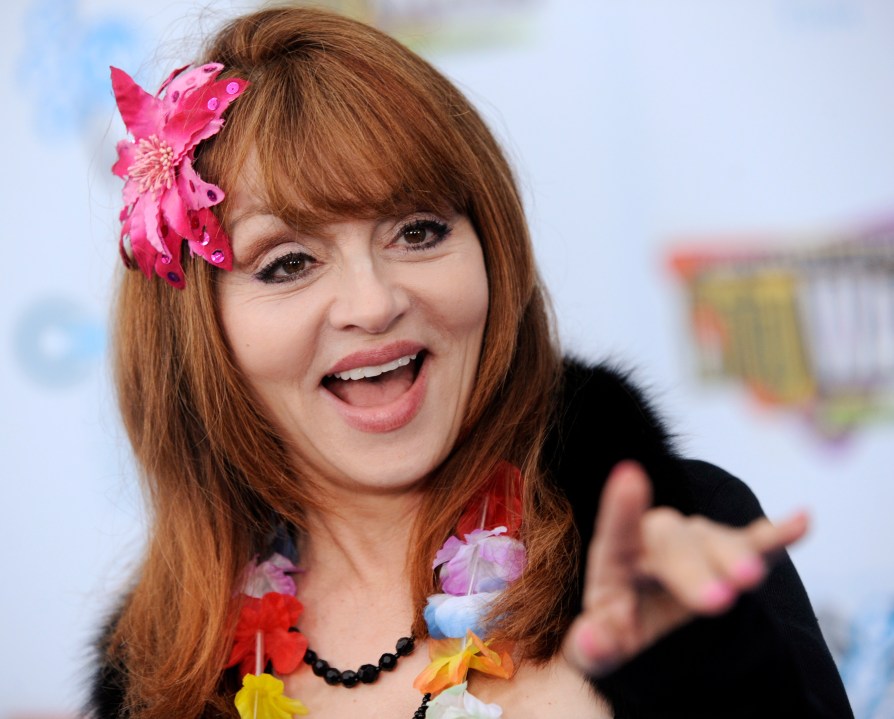 LOS ANGELES (AP) — Judy Tenuta, a brazen stand-up who cheekily dubbed herself the “goddess of love” and toured with George Carlin as she built her career in the golden age of comedy of the 1980s, died Thursday. She was 72.

Tenuta died Thursday afternoon at her home in Los Angeles surrounded by her family, publicist Roger Neal told The Associated Press. The cause of death was ovarian cancer.

“She was a very fun, amazing performer,” Neal said, and it was always a “happy time to be with her.”

Christian Walker to his father: “Wear a condom”

Her heart-shaped face, crowned by bouffant flower-accented hair, conveyed an air of sweet innocence that was quickly shattered by her loud, gritty performance and scathing humor, including expletives. The accordion she made part of her performance was “an instrument of love and submission,” as she affectionately called it.

She was one of a generation of performers who propelled the popularity of live comedy at clubs across the country, including The Comedy Store in Los Angeles, Laff Stop in Houston and Caroline’s in New York City. A typically male-dominated field gave way to women, including Tenuta.

“I am devastated to hear of the passing of my dear, dear friend, the lovely Miss Judy Tenuta. I can’t believe she’s gone.” tweeted Weird Al Yankovic, who worked with her on his 1990s television series and a 2006 music video. “The earth has truly lost a goddess.”

Tenuta gained national attention in 1987 with On Location: Women of the Night, an HBO special in which she starred alongside Ellen DeGeneres, Paula Poundstone, and Rita Rudner.


“I’d trade it in in an instant if I could just be a wife and mother,” said the gold-lamé-clad, gum-chewing Tenuta, accepting her award from Carlin.

She was a frequent guest on late night talk shows and game shows and with radio shock jock Howard Stern. Her acting and voiceover credits have been varied, including appearances on The Weird Al Show and Space Ghost Coast to Coast. She appeared in The Vagina Monologues in Los Angeles and Chicago.

Tenuta was a two-time Grammy nominee and received back-to-back nominations for Best Spoken Word Comedy Album in 1995 and 1996 for Attention Butt Pirates and Lesbetarians and In Goddess We Trust.

She campaigned for LGBTQ rights, attended Pride festivals and counted members of the queer community among her devoted fans. On her website, she said that as an ordained Minister of Judaism, she was “available for same-sex marriages”!

Tenuta grew up in Maywood, a suburb of Chicago, and attended Catholic schools, including one called “St. Obnoxious and bondage.” She said she was the “isolated, petite flower” — Petite Flower became one of her on-stage nicknames — in a Catholic family that included six brothers.

After graduating from college, she worked odd jobs, including wrapping meat and taking inventory at a Catholic religious clothing store.

“I got fired because they caught me trying that stuff on,” Tenuta said in a 1989 interview with The Associated Press. “So the boss came in and I guess he was pretty upset. And I said, ‘Well, I gotta see if they look good, swine. I’m trying to make improvements for these broads.

Tenuta joined the Chicago comedy troupe Second City before launching her solo standup career. Despite her outlandish attire and bizarre on-stage performance, Tenuta said most people immediately got into her performance, which included the self-centered religion of “Judaism.”

“In my religion, I’m the only one who can complain. The really nice thing about my religion is that you can forget all your problems and think about mine for a while,” she told the AP.

https://wgntv.com/news/brash-goddess-of-love-comedian-judy-tenuta-dies-at-72/ The cheeky “Goddess of Love” comedian Judy Tenuta has died at the age of 72

#AdamsAct: The Grand Haven family turns Halloween mourning into a challenge of kindness

A spiritual defense of war? Putin’s patriarch is trying