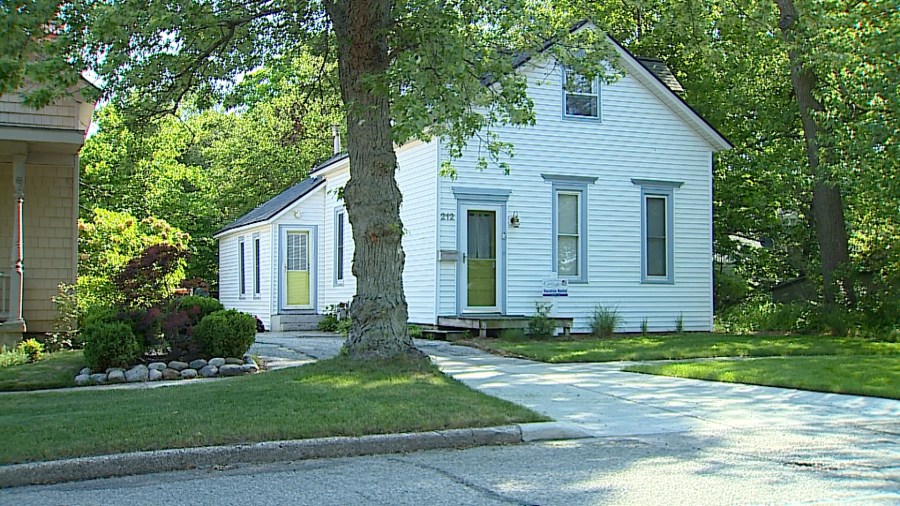 HOLLAND, Mich. (WOOD) – A long-in-the-draft bill that would protect Airbnb-style rentals is one step closer to becoming law. But it is not possible without strong resistance.

The fight over the law has been going on for more than a year and a half since it was introduced last April. It narrowly passed the Michigan House by a vote of 55 to 47 in October 2021.

Last week, a state Senate panel advanced the bill. Now it’s finally up to the full Senate for a vote expected sometime after the November election.

The Legislation, HB 4722, would prevent local governments from making or enforcing rules that block or restrict Airbnbs to certain areas.

Local leaders in areas like Grand Haven and Holland have opposed the proposal.

Lakeshore communities are banding together to tackle short-term rent bills


“My community is very concerned about this,” said Keith Van Beek, City Manager of Holland.

Van Beek said he wanted to uphold Holland’s “historic right” to find “the right solutions” for his city.

“This law is problematic because it’s really a hammer that takes away any local control from communities to find sensible, logical solutions,” he added.

Currently, Holland only allows 25 Airbnbs in residential areas. They must be 500 feet apart. Van Beek said this is being done to protect the “character” of the neighborhoods and keep them family-friendly.

“Traditionally, you take a look at families who live there year-round, with children attending school,” said Van Beek. “Neighbors who know each other and have picnics together. We have limited short-term commercial use in these neighborhoods to ensure we preserve the character of our neighborhoods.”

The city is allowing more Airbnb-style rentals downtown where there are more hotels.


But Van Beek said that given a “housing shortage” in the area, they want to keep houses open to long-term residents, not Airbnb visitors.

“We want to make sure we have this housing stock primarily for those who want to live, work and play in our neighborhoods and in our city,” the city manager said. “Every apartment that is taken off the market year-round for short-term commercial use is one less home for a family.”

Airbnb listings in Michigan accounted for less than 0.4% of the state’s total housing stock in 2021, according to the company.

Airbnb expressed its support for the legislation in a statement to News 8.

“Families across Michigan rely on home-sharing to make ends meet and to welcome visitors, whose spending supports the state’s businesses and tourism economy,” Vincent Frillici, Airbnb’s regional public policy manager, said in a statement . “Airbnb will continue to work with leaders across the state on balanced rules that strengthen the broader tourism economy, provide safety and clarity to hosts, and address community concerns.”

Although local governments could no longer ban short-term rentals, under the legislation they could limit Airbnb owners to just two properties in the area.

“This is really an attempt to allow those who have a second home to do some Airbnb,” Meerman said. “It shouldn’t allow companies to buy 10 houses, 15 houses and do Airbnb.”

“You can lead people for noise ordinances,” Meerman said. “You can summon people to park. You can fine the owner of the Airbnb who I think should just go and make sure they take the deposit of the people who rented the Airbnb. That would stop the parties and the real annoyances.”

The Republican said when problems arise, like late-night parties, cities have the ability to deal with them.

“What the local leaders lack is their real ability to control the Airbnb issue, and I think we left them a lot of tools to do that,” Meerman said. “I hope they do. I don’t want an annoying Airbnb more than anyone else.”

Meerman also said he would expect Airbnb owners to pass on any fines to renters.

Airbnb has banned parties since August 2020. The company said Michigan has since seen party reports down 37% year over year.

According to the law, Airbnb-style rentals cannot account for more than 30% of the living space in a community. Van Beek said there were just too many.

“If someone stops and thinks about it, does that pass the smell test?” said van Beek. “If you add up all the houses in our traditional single-family housing estates in Holland, that’s a huge amount of short-term rentals. I don’t call that a compromise solution.”

The homeowners association is also in favor of this. The Michigan Restaurant and Lodging Association opposes the measure.

Michigan Realtors general counsel Brian Westrin said it “protects the right to rent from abuse of zoning, be it short-term or long-term.”

“It does not remove the responsibility of renters or property owners,” Westrin said in a statement via Airbnb. “If HB 4722 becomes law, local governments will still have many tools to enforce private property rights while continuing to hold bad actors accountable.”

https://www.woodtv.com/news/ottawa-county/fight-over-airbnb-bill-continues-as-senate-prepares-to-vote/ The Airbnb law battle continues as the Senate prepares to vote

Larry Summers: ‘The destabilisation wrought by British errors will not be confined to Britain’

Palin files paperwork to compete in US home race in Alaska