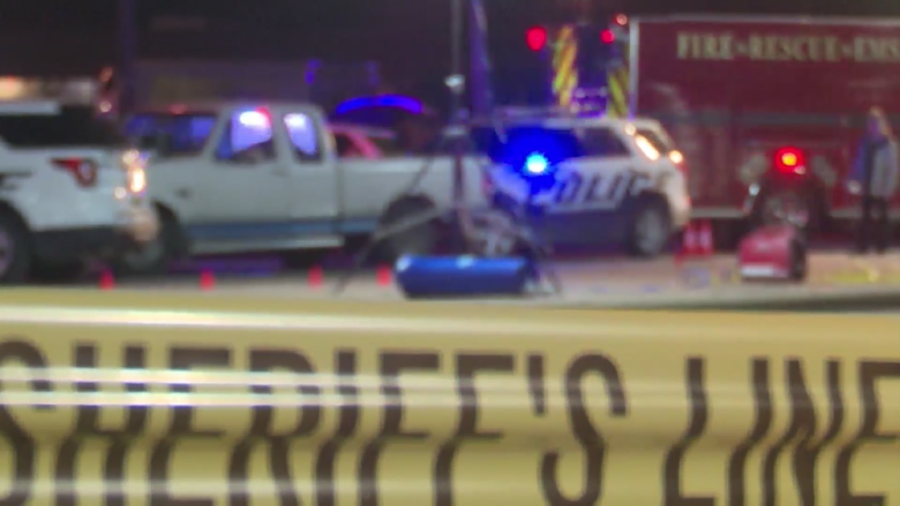 EXCELSIOR SPRINGS, Mo. (WDAF) – A Missouri police officer injured in a shooting over the weekend is expected to be okay, thanks in part to the help of a teenager.

On Saturday, Excelsior Springs police were trying to arrest a man wanted for assaulting a police officer when he started shooting at them. An officer was hit in the shoulder and wrist before the man, identified as 65-year-old Carl Carrel, was fatally shot by another officer, authorities explained.

Ava Donegan, a student at Oak Park High School, recalled a wild scene. Donegan said she and her boyfriend were visiting Excelsior Springs when the incident broke.

Ava said the officer who was shot asked her to help him put on a tourniquet, a tool she was already familiar with. Her father, Devin, is a trauma nurse at University Health in Kansas City. She said she even wears a tourniquet in her car.

“I put the tourniquet over his arm. He told me it was deaf. I could tell it was numb because his arm was completely limp,” Ava said.


“I think it was extraordinary that she was able to get out and had the resources to get out and help out. Just hearing my daughter step up to the plate and help someone in need, I was thrilled,” Devin told Nexstar’s WDAF.

The officer and Carrel were taken to a nearby hospital after the incident. According to the Clay County Sheriff’s Office, Carrel was pronounced dead on Sunday.

Excelsior Springs Police said in a Facebook post Monday their officer, whom they have not yet identified, is expected to recover. He has already undergone two operations and will undergo a third operation on Tuesday.

“The officer is in good spirits and has already expressed a desire to return to work,” the department wrote in the Post. “He has come a long way in recovery but the prospects are very positive.”

The second officer involved in the incident “is also fine,” police added.

WDAF spoke briefly with Excelsior Springs Police Chief Greg Dull on Monday. He did not want to comment on any of Carrel’s previous cases or what might be next in this investigation. Missouri court records show two charges against Carrel related to previous counts of assaulting a police officer and another for failing to appear in court.

The shooting is still under investigation.

FWPD: stabbing suspect who walked past “Alabama,” arrested in… Alabama

South, West Sides have the lowest rates of Internet households in Chicago, according to new data