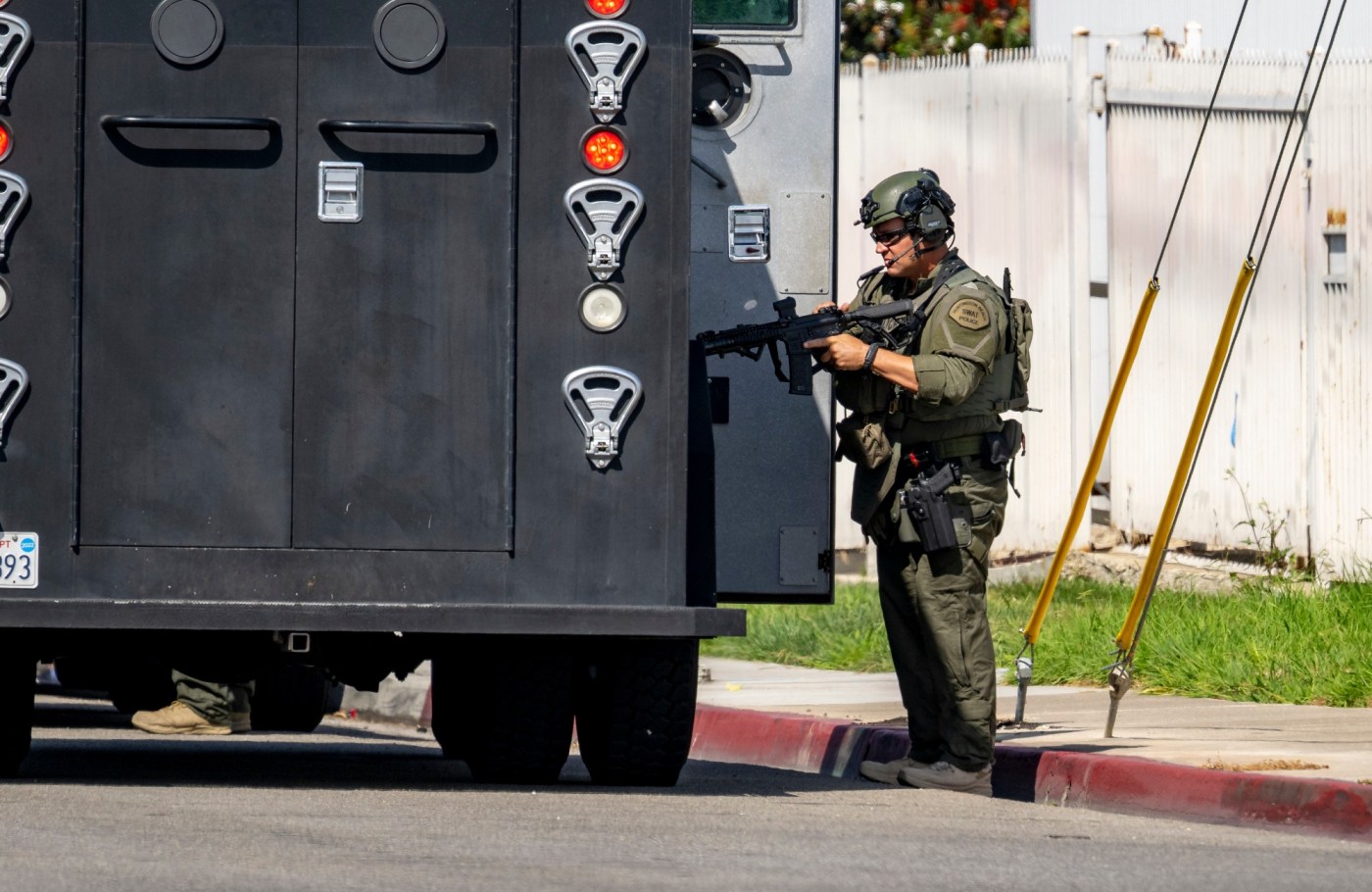 A Whittier man, banned from possessing firearms, fired shots at officers and an unmanned police drone at a Costa Mesa building on Wednesday, Oct. 5, during a more than 8-hour standoff, officials said.

Special agents with the California Department of Justice were attempting to serve a warrant to confiscate guns at a store on the 1700 block of Monrovia Avenue when the suspect, Luis Mendez Jr., 49, allegedly fired a gun at the agents and Costa Mesa police.

Mendez was identified through a system the department uses to monitor people prohibited from possessing firearms.

He had a previous domestic violence conviction and an active misdemeanor warrant, according to the attorney general’s office.

When authorities tried to use a drone, the suspect started shooting again, authorities said.

Local residents sheltered in their homes for hours before Mendez finally surrendered, and a rifle, shotgun and several handguns were recovered at the scene, officials said. No injuries were reported.

Mendez was taken into custody as a prohibited person on suspicion of the attempted murder of a police officer, assaulting a police officer with a deadly weapon, and possession of a firearm.

Democrats are pushing for the Supreme Court vote on Jackson