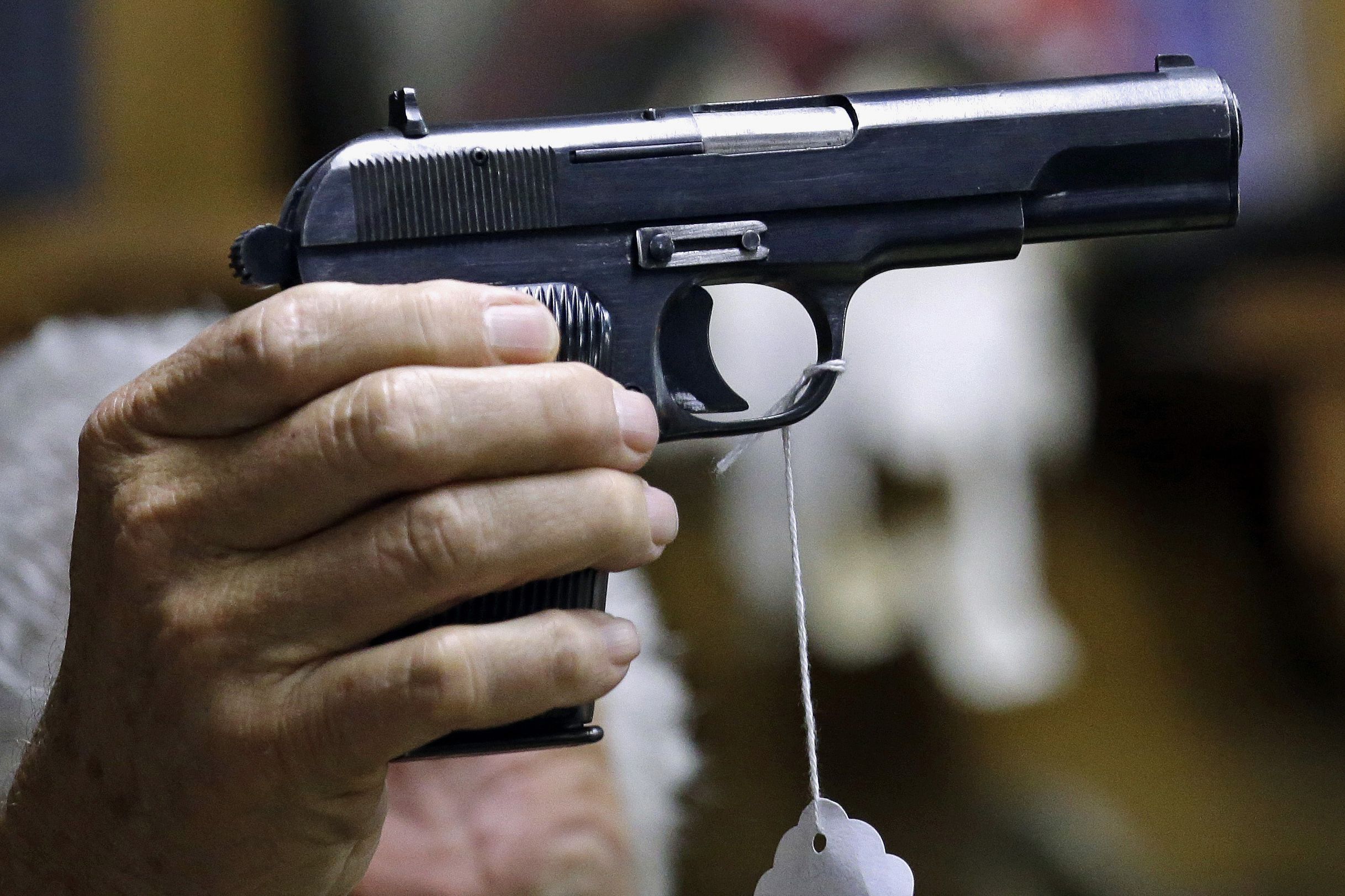 NEW YORK – Polls show that most US gun owners say they own firearms to protect themselves and their loved ones. But a study published Monday suggests that people who live with handgun owners are more likely to be shot than those who don’t have such guns at home.

“We found no evidence of any protective effects” from living in a house with a gun, said David Studdert, a Stanford University researcher who was lead author of the Annals of Internal Medicine study.

The study has several shortcomings. For example, the researchers said they could not determine which victims were killed by the handgun owners or with the guns found in the home. They could not explain illegal weapons and only considered handguns, not rifles or other firearms.

The dataset was also limited to registered voters in California who were 21 and older. It’s not clear that the results generalize to the entire state, let alone the rest of the country, the authors conceded.

However, some outside experts said the work was well done, important and the largest research of its kind.

“I would call this a landmark study,” said Cassandra Crifasi, a gun violence policy researcher at Johns Hopkins University. “This contributes to our understanding of the possible causal link between firearms in the home and homicide,” she said.

California is unusual in that it offers gun ownership data and other information unavailable in almost any other state. This allowed the researchers to follow millions of people over many years to better determine what happens when a person starts living in a home with a handgun, they said.

The researchers calculated that for every 100,000 people in this situation, 12 will be shot by someone else in five years. This compares to eight in every 100,000 living in gun-free households being killed in this way over the same period.

“The rates are low” and the absolute risk is low, but it’s important to consider a person’s increased risk of being killed, Studdert said.

Those numbers suggest the risk increases by 50%, but Studdert said it’s actually higher: In a separate calculation aimed at better accounting for where people live and other factors, the researchers estimated that the risk was actually more than twice as high.

Separately, the researchers found that those who lived with handgun owners had a much higher rate of being fatally shot by a spouse or intimate partner. The vast majority of those victims – 84% – were women, they said.

The study was limited to California, but the risk is likely even greater in states with less strict gun laws and where gun ownership is more common, Crifasi said.

For decades, studies have shown that guns in the home increase the risk of a violent death. Much of this work, including an earlier study by Studdert and his colleagues, focused on suicide.

The new study goes further, addressing the perception that handguns are still worthwhile because they protect against homicide, some experts said.

“The reason people keep guns in their homes is to protect themselves from strangers,” said David Hemenway, director of Harvard University’s Injury Control Research Center. “But it shows that having a gun in the house is bad for the people in the house.”

The Associated Press Health & Science Department is supported by the Howard Hughes Medical Institute’s Department of Science Education. The AP is solely responsible for all content.

Watch Johnny Marr dedicate "There Is A Light..." to Taylor Hawkins

Is Disneyland building a third theme park? Not yet – Orange County Register