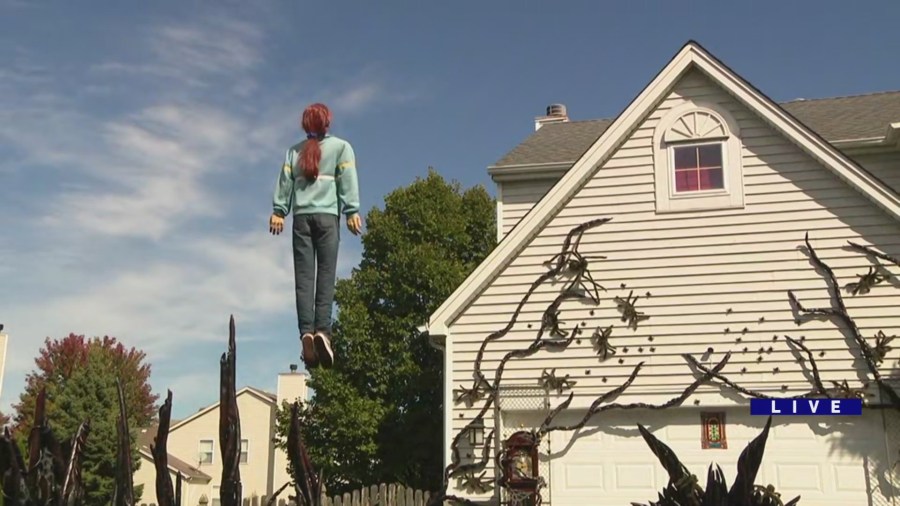 PLAINFIELD, Ill. (WGN) – A family in Plainfield, Illinois is causing some controversy with their ‘Stranger Things’ themed Halloween exhibit.

Decorations, which mimic a scene from the popular Netflix series, include a body resembling that of Max Mayfield, a character from the show, that hovers over the driveway of her home.

What order do I watch the Halloween movies in?


It’s an impressive display, complete with other Stranger Things-inspired touches around the yard and home. The house also began garnering national attention on TikTok earlier this month after creators Dave and Aubrey Appel shared a video of the levitating body on social media.

But due to the crowds it has drawn, there has been a bit of controversy surrounding the display – leading to a neighbor being upset when a visitor pulled into their driveway to see it.

After this incident, a heated discussion ensued and the police were called to the house. On Sunday, the family posted on social media that they are considering pulling the plug on their Halloween display – but have since been overwhelmed by the public’s supportive response.

“On Monday morning we woke up and the amount of support and love from everywhere — literally everywhere, like worldwide — was like, ‘Don’t let one person spoil the fun,'” Aubrey told WGN this week.

The neighbor who allegedly complained about the display could not be reached for comment at WGN’s request. But the Appels had previously told WGN radio that their home had “absolutely” become a tourist attraction of sorts in the area.

“We’ve already got the parking cones out and may need to hire a full-time crossing attendant,” joked Dave.


The neighborhood is subject to the jurisdiction of Plainfield and Joliet. WGN is informed that Plainfield has given his blessing to keep the display.

The family had planned to meet with Joliet officials Wednesday to make sure the exhibition didn’t violate any ordinances. If not, they said they plan to keep the decorations up until Halloween.