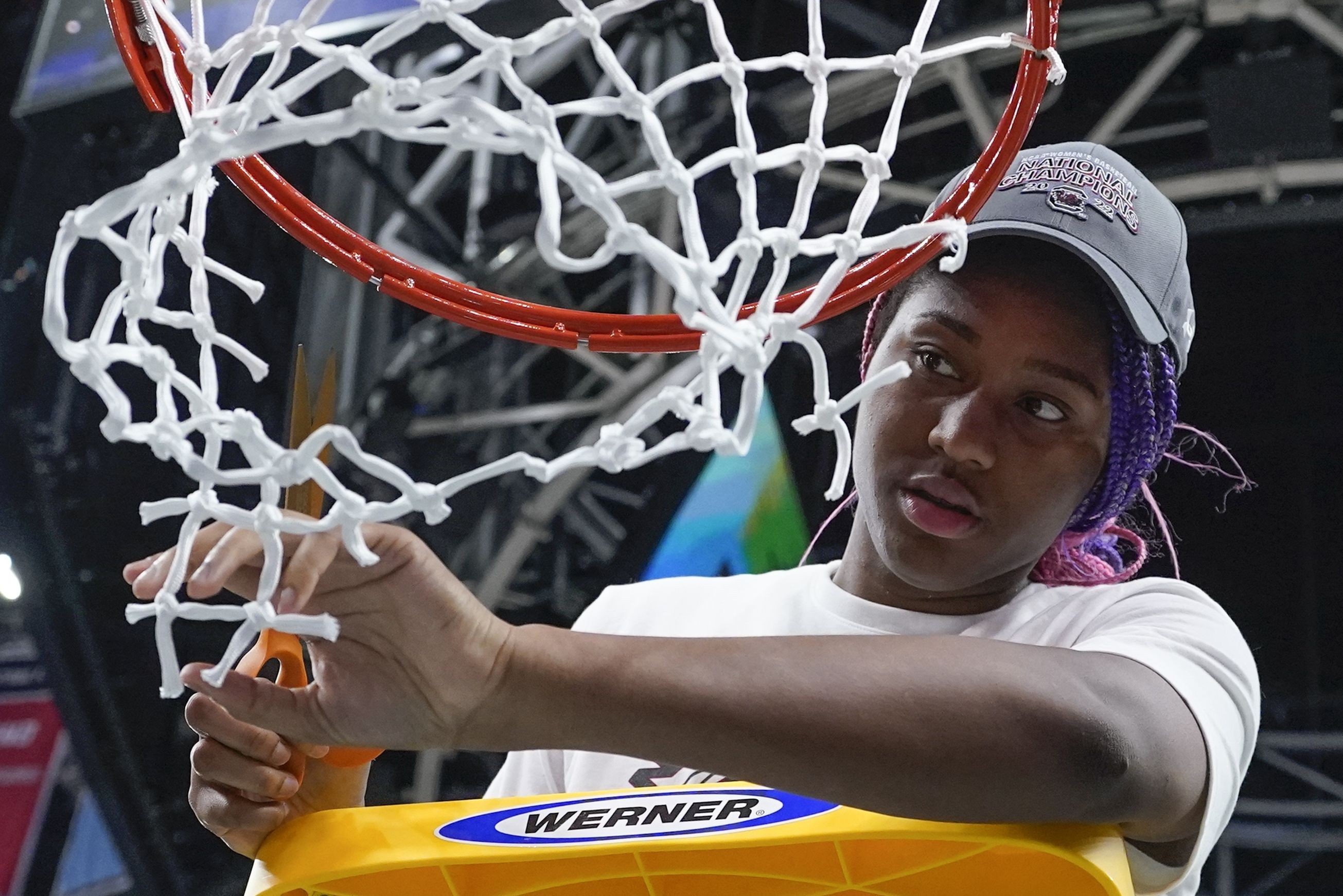 It was the first time the coaches met on women’s basketball’s biggest stage and may not be the last as so many talented players return for both teams next season, including the last two AP Players of the Year at Aliyah Boston from South Carolina and Paige Bueckers from UConn.

“It’s hard to predict every year what might happen,” Auriemma said. “This year was a perfect example of how you plan some things and then suddenly blow your plans up. I like our chances. Assuming we haven’t gotten through a season like this year, knock on wood. If we stay healthy I expect to be back next year.”

The first matchup went to the Gamecocks in dominant fashion, a 64-49 win on Sunday that gave Staley their second national championship in two title games. It left Auriemma with his first loss in 12 tries.

“Look at the heritage of UConn and what they’ve accomplished,” Staley said. “You are the standard. If it takes to win 11 national championships to become a dynasty, I’ll probably miss that because I won’t be in the game long enough to win 11.”

However, she has set her own standard. The win made Staley the first black female coach in Division I men’s or women’s basketball to win two national championships, winning her first in 2017.

“I felt a lot of pressure to win because I’m a black coach,” she said. “Because if we don’t win, bring in so many others, just close scrutiny. As you can’t coach you had enough to get it done but you still failed. You feel all of that, and you probably feel it ten times more than anyone because we’re on this platform.”

Staley said she felt she could inspire other black coaches.

“If I can be that ray of hope, if I can be their vessel for them to succeed, you know I’m a willing giver of this game because this game has given me so much.”

It gave Staley another championship on Sunday night.

“We played every possession like it was our last possession,” Staley said. “They were determined to be champions today.”

A year ago, South Carolina lost the Final Four when Boston missed a layup before the buzzer.

“Of course I’ve been thinking about it since last season. Everyone had a picture of me crying,” said Boston, who was the most outstanding player of the Final Four. “Today we are national champions and I burst into tears.”

With Staley calling the shots in a Louis Vuitton Letterman jacket, South Carolina brought UConn to school and capped a wire-to-wire run as the No. 1 team in the country in a poll by The Associated Press.

“They deserved it 100%,” said Auriemma. “They were the best team all year. For the first five minutes I thought they would come out and set the tone on the spot for how the game should be played.”

https://www.ksat.com/sports/2022/04/04/staley-auriemma-could-meet-next-year-for-another-title/ Staley, Auriemma could meet for another title next year

HDFC merger with HDFC Bank: Chairman Deepak Parikh explains the scope and benefits of the transaction

Guess who this casual kid turned into!

UCLA joins WNIT with a mixture of disappointment and determination

NFL Insider Notes: Eagles believe Jalen Hurts is the answer, and Bruce Arians is going out on his terms

Can England fans drink in Qatar? Will alcohol be served in stadiums and how much will beer cost?