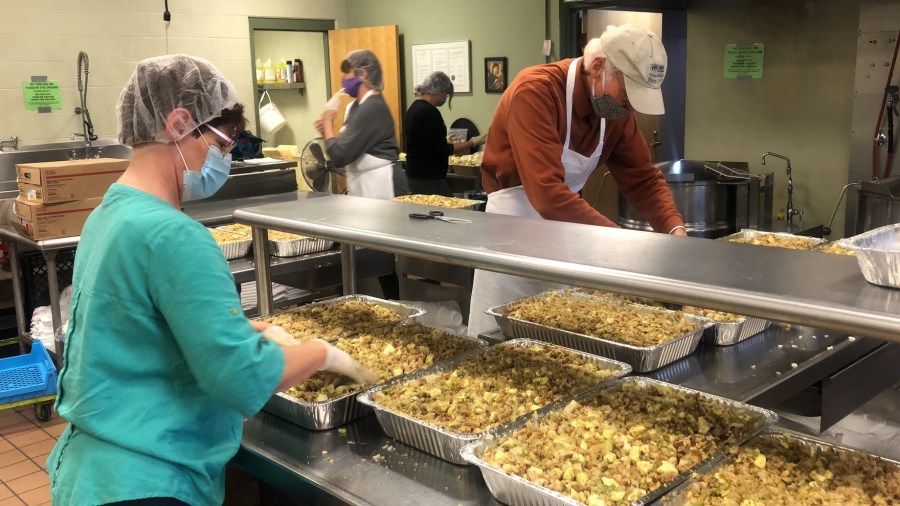 Meals are created largely through the work of the team, led by dinner chairman Patrick McBride.

“We cooked about 1,400 pounds of turkey,” McBride said, describing what goes into each meal. “Mashed potatoes, gravy, dressing, cranberry sauce, a bun and some cake.”

The storied dinner has been around since 1978, according to McBride, although this year was special given that sit-down dining has been canceled for the past two years due to COVID.

But the soup kitchen itself, which has been around since 1975, has been running for even longer.

Although the soup kitchen uses church facilities, it is not financially supported by the church and relies on donations.

You can find out how to get involved on their website.

McBride says they served around 13,000 people in total on Thursday.

Families will gather today to raise awareness of preeclampsia