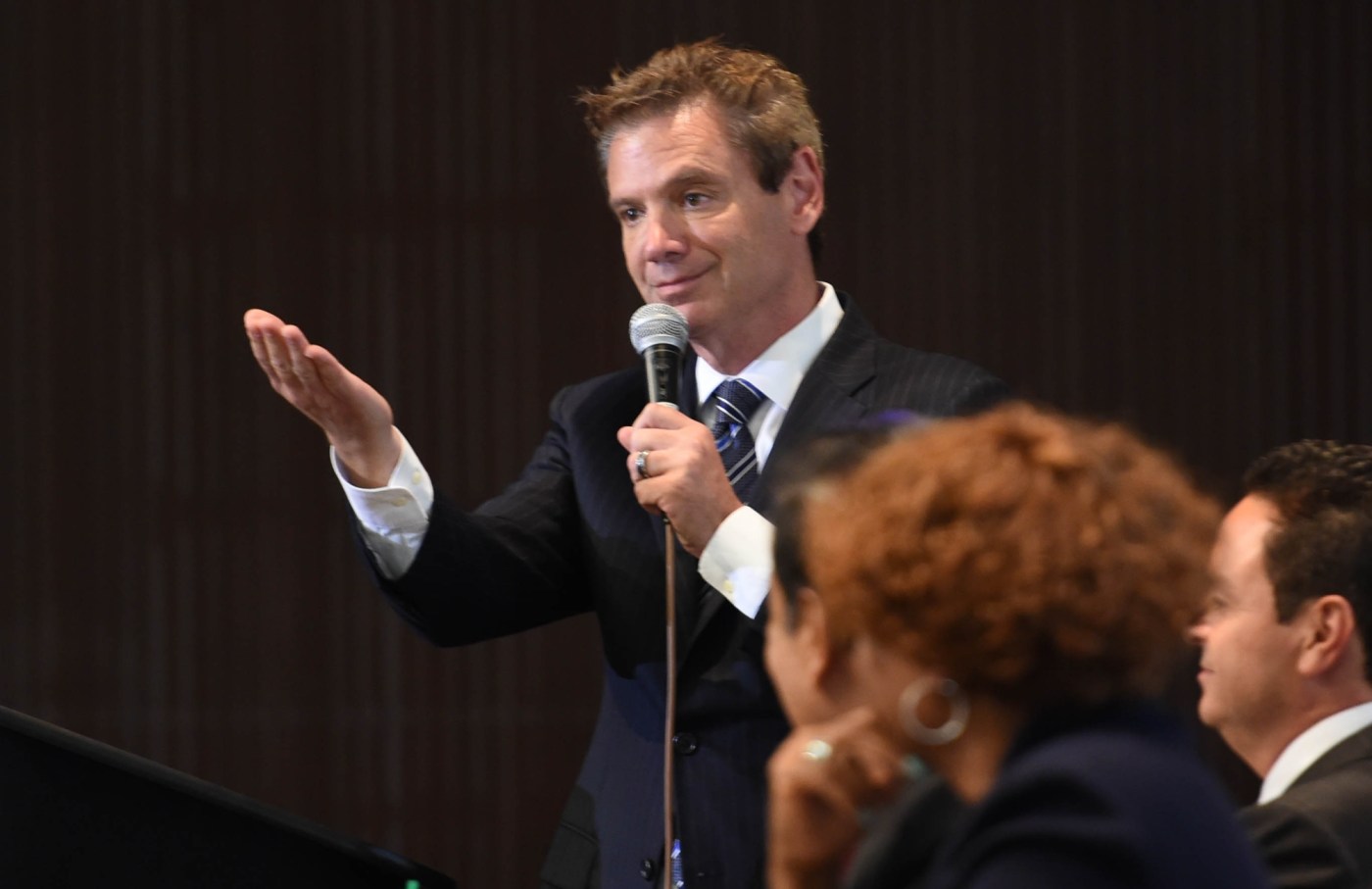 Fred Roggin is leaving this week after bringing sports news to TV viewers in the LA area for more than 42 years.

He will step back from anchoring daily sports segments on KNBC Channel 4 and focus his 570 AM radio show on other creative channels, the network announced Tuesday.

On Thursday, he will sign off from NBC for the final time, having been a familiar presence on local television since 1980, appearing on nightly news programs, hosting “Going Roggin,” a 30-minute sports commentary program, and creating and hosting “The Challenge.” , a live multi-platform show.

Originally from Detroit, Roggin grew up in Phoenix and attended Phoenix College, where he majored in broadcasting. KNBC recruited him from NBC’s Phoenix affiliate and put him in charge of creating the network’s “Sunday Night Sports” show, which lasted 18 years. He also served as a sports presenter on weekends and did features during the week.

In the decade after his arrival, he covered eight championships, including five Lakers NBA titles, two Dodgers World Series crowns and a Raiders Super Bowl win, a successful start to a career that has also included the careers of the likes Dodgers pitcher Fernando Valenzuela, who made his LA debut in September 1980, the same month as Roggin.

Roggin didn’t just deliver highlights. He did so with a keen sense of humor. And he was also, as former Daily News columnist Tom Hoffarth wrote, “an amazing producer, a master salesman, as adept at analyzing marketing data and valuation trends as he is at statistics and ratings, and a familiar face in a market in… where changes take place far too often.”

To keep up in a changing media landscape, Roggin proved adaptable and creative, and figured out how to continue to nurture and nurture his audience.

“We had to start changing because the world was changing, and we had to figure out how to appeal to the broadest audience, not just the male-dominated sports viewers,” he said in 2006. “So how would we go about it? ? We had to remember: our business is television, our job is sport, and good production makes good television.

“…Over the years you have to keep reinventing yourself,” he added. “We may no longer be a haven for sports information, but people come to us for perspective and uniqueness. Research has proven that over the years.”

And so he approached the job differently, including hosting “The Challenge” weekly for 17 seasons after “Sunday Night Football.” On the show, he and Petros Papadakis covered NFL action and showcased high school football highlights from across Southern California. He would promote “Roggin’s Heroes” and find ways to appeal to non-football fans by offering weekly prizes like a four-pack of vans for the family or a pair of general admission tickets to Universal Studios.

For his contributions to sports broadcasting, Roggin received the 2013 Joseph M. Quinn Award for Lifetime Achievement from the Los Angeles Press Club and was inducted into the Southern California Sports Broadcaster Hall of Fame in 2014 and the California Sports Hall of Fame in 2019 He received the Lifetime Achievement Award from the Radio and Television News Association of Southern California.

Happy New Year!! Please know how much I appreciate you listening to me @AM570LASports every day.. watch #The challenge Every Sunday night and watch @NBCLA if you can. We are a huge family and I am grateful. 2023, the best is yet to come!!

Valentino Alvero was the 'life of every party' - Orange County Register

How Gravity Falls (and its creators) changed animated television

The heaviest Billboard No. 1 of all time?