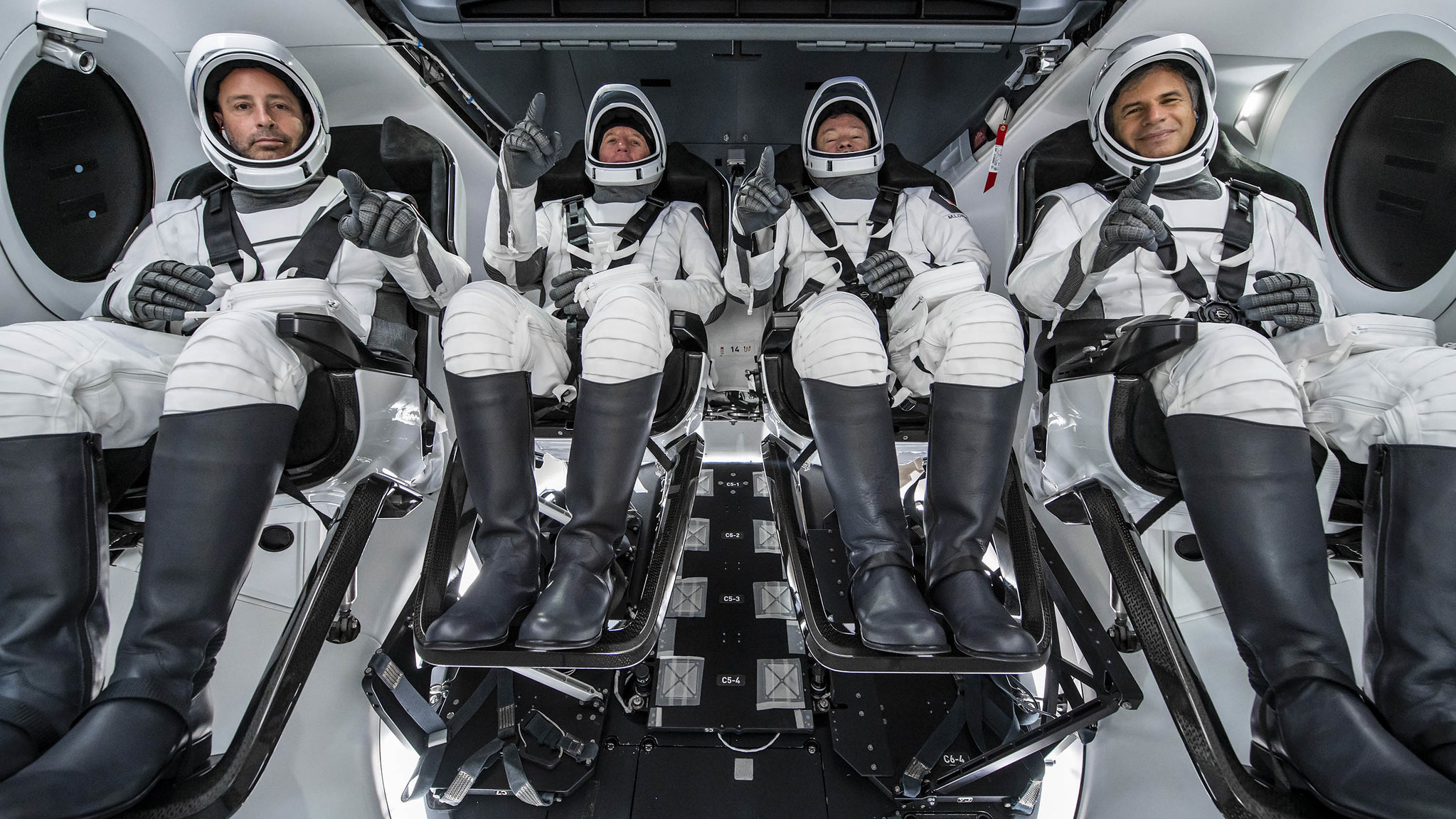 The launch of SpaceX’s first all-private mission to the International Space Station has been delayed by two days and will now lift off no earlier than Friday (April 8), SpaceX and mission sponsor Axiom Space announced late Sunday.

the Ax-1 mission will fly four civilians, including former NASA astronaut Michael López-Alegría, to the United States for a 10-day mission International Space Station. It was to be boarded on Wednesday (April 6) from Pad 39A at NASA’s Kennedy Space Center in Florida SpaceX Falcon 9 rocket. The Texas based axiom space, which plans to operate its own space stations in the future, gave no reason for the delay, but it likely stems from NASA’s delay of a critical refueling test of its Artemis 1 moon rocket at nearby Pad 39B. This test, originally scheduled for Sunday, was postponed to today (April 4) due to safety issues with ground equipment, causing delays.

“Axiom Space’s Axiom Mission 1 is now targeting launch no earlier than Friday, April 8,” the company said. “Late last week, SpaceX’s Dragon spacecraft arrived at Launch Complex 39A hangar at NASA’s Kennedy Space Center in Florida, where it has since been paired with the Falcon 9 rocket. The team is continuing preparation work in the upcoming hangar ahead of the start of the vehicle rollout on Tuesday, April 5.”

The company added that the missile’s dry-run test is now expected to take place on Wednesday (April 6), followed by an integrated static fire test on the same day. The four Ax-1 spacemen, meanwhile, are continuing their pre-launch quarantine in Florida, the company said.

The four private astronauts include Michael López-Alegría as commander; Real estate tycoon and acrobatics pilot Larry Connor as Pilot; and music and sustainability entrepreneur Mark Pathy, and investor and former Israeli Air Force pilot Eytan Stibbe as mission specialists. They will join the current Russian-American-European space station crew at a tense time when the future of the three-decade partnership is uncertain.

On Saturday (April 2) the head of the Russian federal space agency Roskosmos, Dmitry Rogozin announced sanctions Imposed on Russia by western countries after invading Ukraine. In a Twitter posthe said that “the restoration of normal relations between partners in the International Space Station and other joint projects is possible only with the full and unconditional lifting of illegal sanctions.”

The International Space Station, conceived in the 1990s to celebrate the new era of post-Cold War cooperation between the formally rival blocs, has so far operated entirely sheltered from Earth’s geopolitical upheavals. It survived the Russian invasion of Georgia in 2008, as well as the annexation of ex-Ukrainian Crimea in 2014 (in the same year, a group of space experts even tried to nominate the ISS partnership for the ISS Nobel Peace Prize). The war in Ukraine, where Russia is accused crime of genocidehowever, raises doubts about the future of the partnership.

The Three Westerners, part of SpaceX crew-3 Mission, will be replaced by SpaceX later this month crew-4 Spacemen Kjell Lindgren, Robert Hines and Jessica Watkins from NASA and Italian Samantha Cristoforetti from the European Space Agency

Elusive particle discovered in a material by a benchtop experiment. – Scientific questioner

A new record! The Hubble Space Telescope discovers the most distant star ever seen