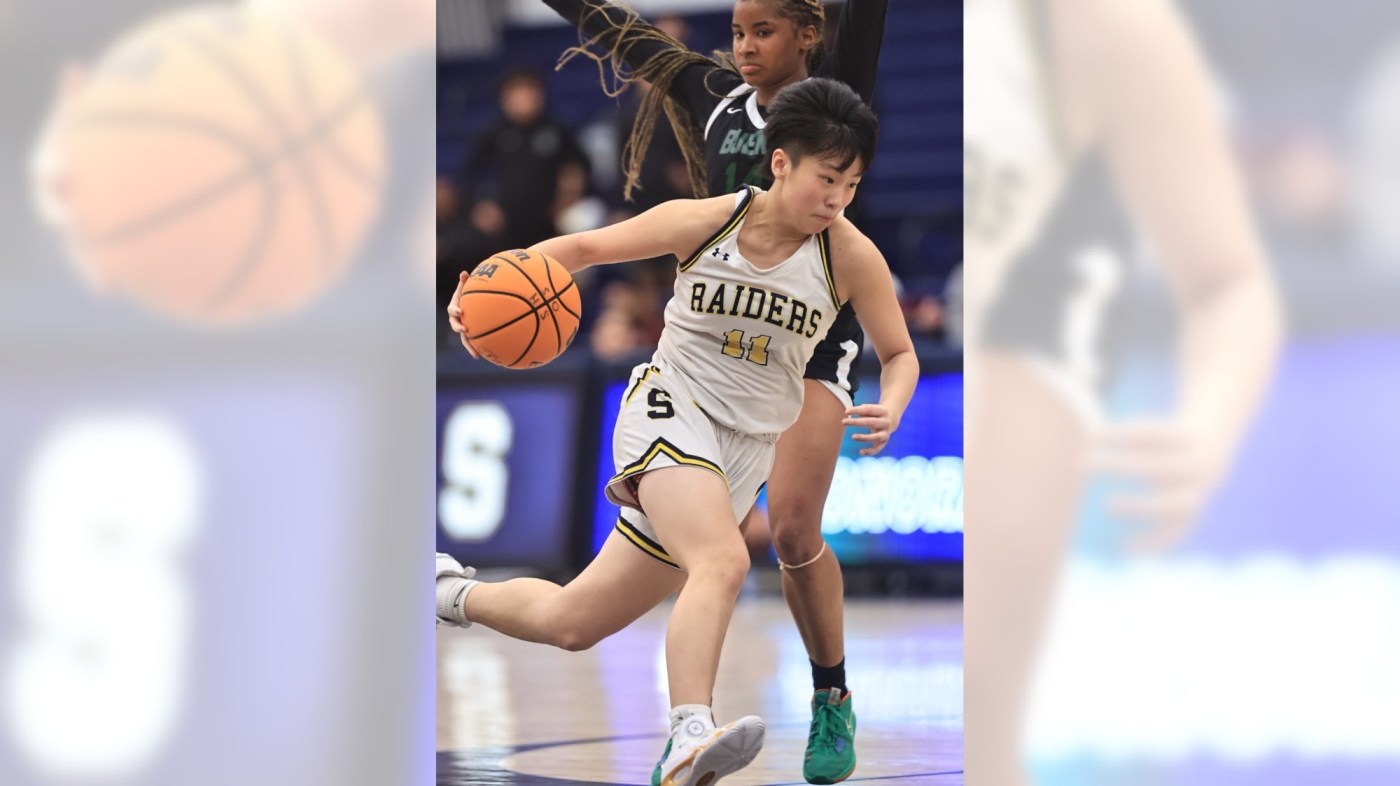 The latter made the difference on Wednesday as No. 6 Sonora played No. 13 Buena Park on opening night of the Freeway League.

The Raiders used their full-court press for a spark, winning crucial hustle plays to retire late for a 56-43 win at Sonora High.

Early in the fourth, Graham made a layup that followed back-to-back blocks from Buena Park newcomer Bella Harmon to give the Raiders a 44-40 lead by 5:49. Graham followed up with a 3-pointer from the corner as the Raiders went on an 11-0 run to seal the win.

“Our kids are brave and tough, and a lot of them want that,” said Sonoran coach Melissa Barajas. “They understand what it means to compete in the Freeway League … So I’m very proud of them.”

Freshman Liana Hwang helped provide the grit with 12 points and 10 rebounds off the bench. She finally gave the Raiders the lead by reserving her own miss for a 29-26 cushion early in the second half.

Robles sister Natalie Robles combined with newcomer Amiah Lewis for another hustle play later in the third. Natalie Robles dived for a loose ball that Lewis converted into a layup.

“Our defense is what we’re known for,” Graham said. “We started out a little slow, but once we got into it, we started[forcing]to flip her, and that really helped us get going.”

The Coyotes started with four freshmen and one sophomore.

“We did pretty well,” said Buena Park freshman guard Sydnie Lendsey, who scored 12 points including a drive from an impressive crossover move at the top of the button. “It’s just mistakes that we absolutely have to work on (that cost us).”