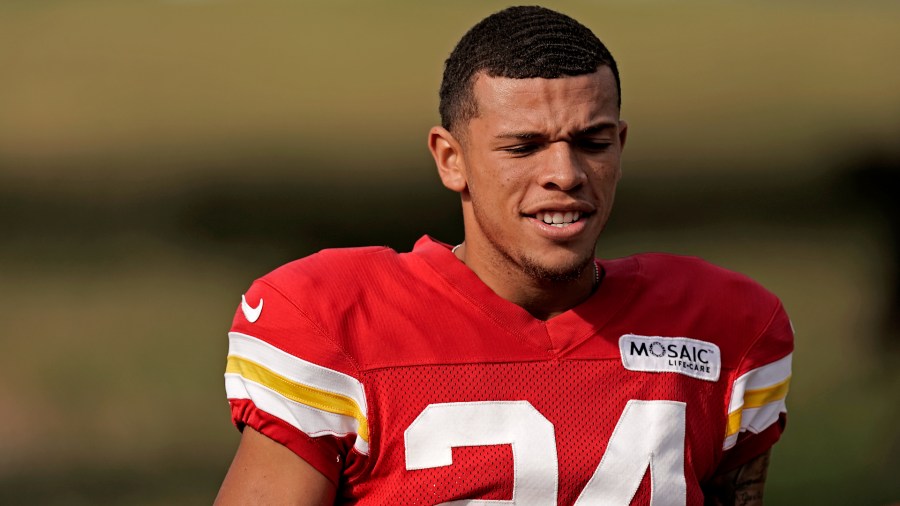 KALAMAZOO, Mich. (WOOD) – The NFL season starts this week. With the preseason games all wrapped up, it was a good opportunity for the rookies to pay a visit to their alma.

Fourth-round draft pick Hassan Haskins was in Ann Arbor with the Titans the Saturday before his rookie season, along with former teammate and edge-rusher David Ojabo. Ojabo was drafted by the Ravens in the second round.

Former Western Michigan University standout Skyy Moore also paid a visit to his former program: The wide receiver was on the sidelines with the Broncos on Friday as they opened the season against Michigan State University.

News 8’s Marlee Wierda spoke to the Kansas City Chiefs rookie about what it was like attending his first NFL rookie camp.

“It was a great experience,” Moore said. “I feel like a freshman again, so I’m just trying to take the things I did well as a freshman and apply them as a rookie.”

Kansas City opens the season on Sunday, September 11 against the Arizona Cardinals.

For the full interview with Sky Moorewatch the video in the player above.

https://www.woodtv.com/sports/skyy-moore-visits-wmu-ahead-of-rookie-season-with-chiefs/ Skyy Moore visits WMU ahead of rookie season with the Chiefs

Deposed by Met, Netrebko to sing at Monte Carlo Opera

According to Twitch, Payton Gendron’s live stream of the Buffalo mass shooting was removed in less than 2 minutes