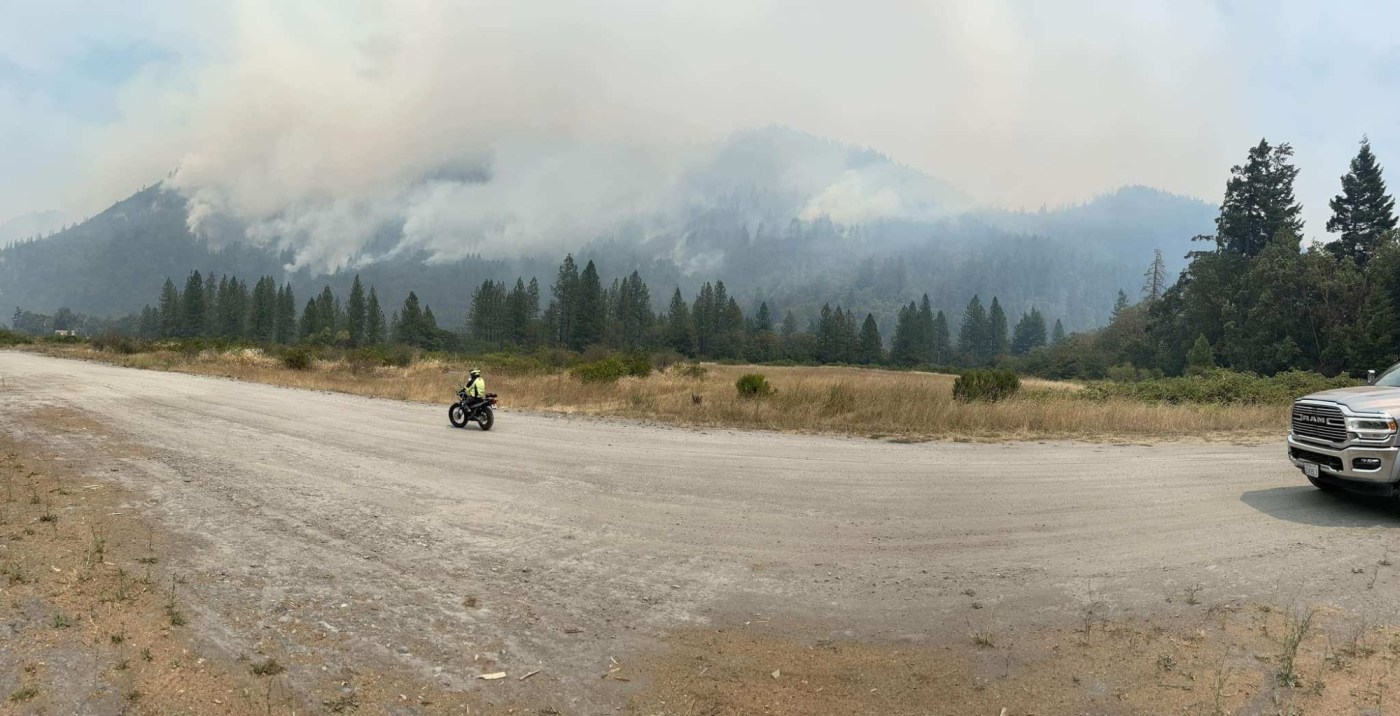 People north, east and south of Willow Creek should either already be evacuating or ready to evacuate as firefighters continue to try to contain a fire that broke out in Six Rivers National Forest late last week.

The Six Rivers Lightning Fire had grown to 6,773 acres with no containment and no information on whether structures had been lost as of Monday morning, according to a US Forest Service news release. Crews were expected to continue their firefighting efforts, focusing on containing the fire west of Lone Pine, south of Horse Linto Creek, east of Brannan Ridge, and north of Ammon Ridge.

“Last year’s snow event left many trees dead and on the ground,” the press release said. “If ignited, these can result in fire behavior more significant than what is normally expected at this time of year.”

The fire was identified Friday and originally consisted of 12 separate fires caused by lightning strikes in the Six Rivers National Forest. Firefighters were able to suppress four of the fires, bringing the number of active fires to eight.

Horse Linto Creek Road at Saddle Lane, Country Club Road at Kimtu Bridge and Friday Ridge Road at Highway 299 have been closed but remain open to people evacuating the area. State Route 299 was open to traffic at 1 p.m. Monday.

The fires have produced heavy smoke that was expected to affect the Willow Creek area, with most of the day at Burnt Ranch and for some time at Willow Creek and Hyampom, according to a North Coast Unified Air Quality Management District hazardous air quality to be expected press release. Air quality in all of the above areas was expected to be at least unhealthy for much of the day.

“The westerly wind is expected to limit the amount of smoke affecting Weitchpec and Hoopa,” the release said.

Travelers should check quickmap.dot.ca.gov for the most up-to-date information on road conditions.

A large animal shelter was established at the Hoopa Rodeo Grounds at 1767 Pine Creek Rd. in the hoop.

Cowboy 911, a nonprofit group that assists with livestock and small animal evacuation, can be reached by email at cb911teams@outlook.com, at cowboy911.org, or on Facebook at

To volunteer or donate, contact Pay it Forward Humboldt at 707-616-9191 and info@pifhumboldt.org.

For the most current information, go to humboldtsheriff.org/emergency or contact the USFS Fire Department Information Hotline at 707-356-9442 or email 2022.lightningcomplex@firenet.gov.

For maps of evacuation zones and routes, visit community.zonehaven.com.

Cost of owning a home