15-time All-Star Shaquille O’Neal was brooded over by Joe Musso on the latest episode of CBS Sports’ “HQ,” discussing a ton of stuff both on and off the court. O’Neal has had quite a high-profile career, winning four championships — three with the LA Lakers and one with the Miami Heat — while also working off the court.

Over many years, Shaquille O’Neal has won various titles, some of which stem from his support and interests outside of basketball. He’s a well-known DJ and businessman who gives back to the community in every way he can – a man who wears many hats indeed. 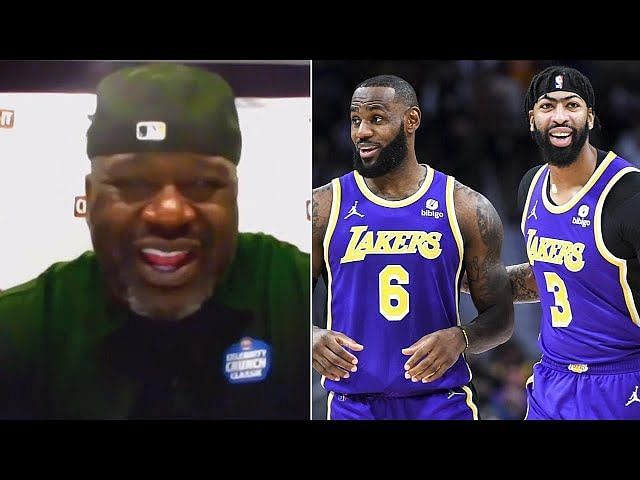 Joe Musso took the opportunity to ask Shaquille O’Neal what his favorite alter ego was, to which the tall man replied:

“Favorite alter ego – Shaquille O’Neal matchmaker. All people who date online watch Tinder Swindler, did you see that on Netflix?”

Shaquille O’Neal has often been open about the fact that real-life dating is a better option than online dating, and brought it up in various interviews. He even surfaced the internet for catching a girl from his gym swiping on one of her dating apps, but then found her a date inside the gym.

While O’Neal was asked to reveal which players would make up a six-man roster of which he himself was a part, he even had an offer ready for Musso, which went down like this:

Shaq: “Because I have a beautiful, gorgeous lady I wanted to set you up with.”

Prior to his professional career in the NBA, O’Neal spent his college years playing at Louisiana State University, where he took a business class. The team was called the “LSU Tigers” and his jersey (number 33) was subsequently retired from LSU in 2000.

O’Neal received a slew of honors during his tenure at LSU—two-time South Eastern Conference Player of the Year and a first-team All-American in 1991-1992. Most Valuable Player on the SEC Coaches Defensive Team in 1991-1992 and the list goes on.

In the interview, Musso also addressed O’Neal’s college career and asked if he had ever received a call from the Duke. Shaquille O’Neal was quick to respond:

“I wasn’t smart enough to go to Duke, but they never called. North Carolina called, NC State called, but you know where I had to go, baby. Dale Brown.”

Tigers coach Dale Brown and O’Neal had known each other before when the big man spent time in Europe. During his time at LSU, Brown was much the envy of other coaches when he saw O’Neal’s superior play, as he made good use of his size.

O’Neal was eventually inducted into LSU’s Hall of Fame and even has a 900-pound bronze statue of him in front of LSU’s basketball practice facility.

One dead, two hospitalized from fentanyl overdose in Broadway-Manchester neighborhood

"You are a scholar, you are an artist" – Kyrie Irving gives a heartfelt tribute to his friend and teammate Kevin Durant for reaching the 25,000 point milestone

Why did Jaylon Johnson practice with the 2nd unit? 4 things we heard from the Chicago Bears defensive assistants. – Orange County Registry