The UK’s creditworthiness came under further threat on Wednesday as Fitch put the country on a “negative” outlook while delivering a scathing verdict on fiscal policy and the government’s political credibility.

Fitch said the large, unfunded tax cuts announced as part of the government’s mini-budget – without an independent assessment of their impact – could lead to a significant increase in deficits over the medium term, while creating an immediate tension between monetary and fiscal policies and high inflation. This had hit market confidence and the credibility of the policy framework.

The ratings agency’s statement made it clear that the U-turn the government took this week, scrapping its plan to scrap the top 45p tax rate, would not be enough to undo the damage caused by its original announcements and those of Chancellor Kwasi Kwarteng received subsequent hints that he wanted to cut taxes further while changing tax rules, which were only set in January.

Instead, poor reception of the measures by voters and investors would make it harder for ministers to chart a course, the agency argued. “The alleged negative impact of the tax package and related financial market volatility on public opinion and the government’s weakened political capital could further erode credibility and support for the government’s fiscal strategy.” 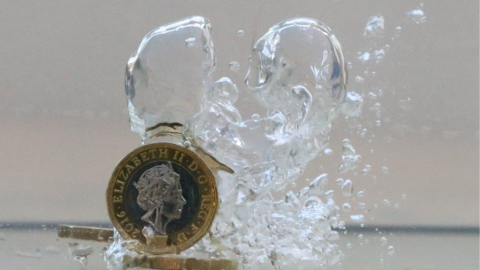 Rating agencies have lost some of their power since the 2008/09 financial crisis, when they failed to warn about the risks of many of the complex products to which they had assigned triple-A ratings. But their sovereign ratings are still closely watched.

Fitch released his statement just hours after British Prime Minister Liz Truss tried to reassure financial markets that she was committed to fiscal discipline, pledging at the Conservative Party Conference to keep public finances “an iron grip” and to lower the debt relative to national income.

However, the rating agency underscored the chancellor’s difficulties in convincing markets that he can pay for his tax cuts either through stronger growth or lower government spending.

The government has not yet explained how it will tackle the long-term structural challenges holding back growth, and spending pressures will remain strong due to high short-term inflation and longer-term strains on education, health and social care.