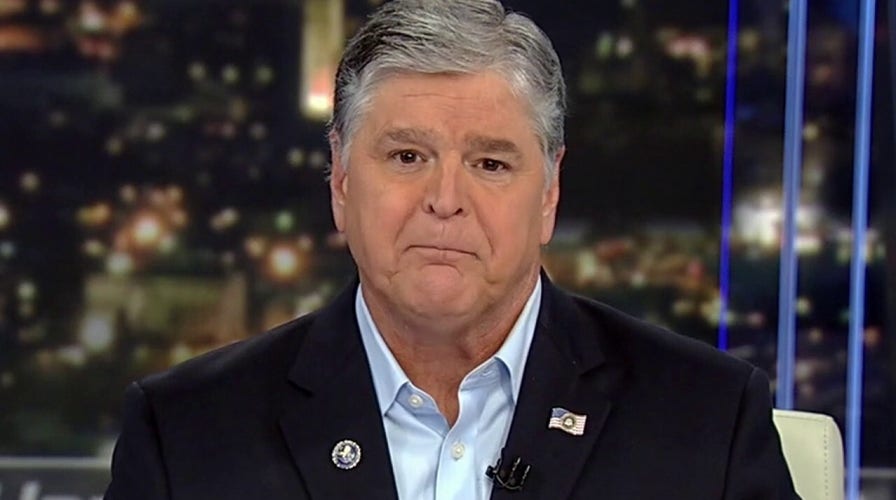 Fox News host Sean Hannity says President Biden was caught “in the act” after discovering classified documents at the Penn Biden Center and his home in Delaware.

SEAN HANNITY: You’ve spent the last few months, breathless and hysterical, endlessly demanding this former President Donald J Trump charged and jailed for allegedly mishandling classified material. Now we have a big, big development. So a little problem for these hypocrites is their buddy Joe, I don’t know what day it is. Biden was caught in the act mishandling top secret classified documents he appeared to have stolen from the Obama administration. Now the sensitive material has been ruthlessly, ruthlessly kept in Biden’s unsecured private office at the U Penn Biden Center, his home library, and even next to his special Corvette and his so-called locked garage. Although we have pictures of the garage wide open. And as you can see, this little circle in the New York Post today shows the papers that are just lying there. Now, earlier this week, the President of the United States is under investigation. Are you happy? A special counsel has been appointed, but you don’t need an extensive investigation to know that at least one shady, depraved, self-serving individual had easy access to nearly all of these documents. And that would be the President’s deeply troubled and frankly corrupt son Hunter, making millions with no experience.

He lived in the Delaware mansion where the classified material was found. Now he used the house as the billing address for his credit cards and Apple account. Hunter even claimed to own the property in a lease application, according to the New York Post. At the same time, Hunter was stuck with his crack cocaine addiction. As is well known, he often used the services of prostitutes from Eastern Europe from his laptop and was involved in numerous foreign transactions. You know, China, Russia, Kazakhstan, Ukraine, you name it, along with several business partners who are now in prison. So quick question. Does this appear to be a safe environment for classified secret documents? I do not think so. You want someone like that to have access to America’s secrets? Now Hunter couldn’t keep an eye on his own pistol. Remember he lost it. And by the way, or his own Laptop, he forgot he took it to a repair shop. But we should trust him for top secret material.

Oprah Winfrey, Josh Groban and Richard Gere are among the stars lining up for the ‘Project Angel Food’ telethon on KTLA 5 this Saturday