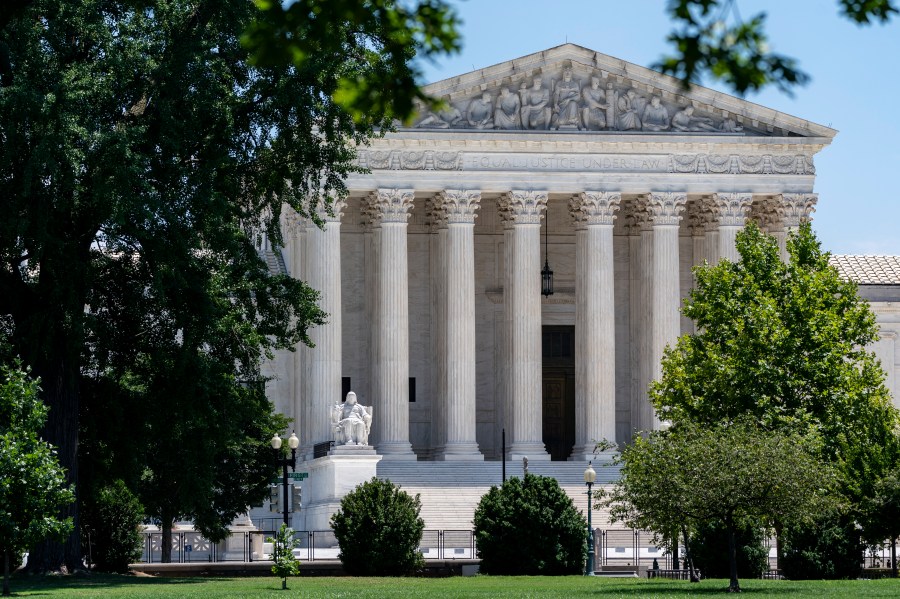 WASHINGTON (Nexstar) – The Supreme Court is hearing arguments in a case alleging that the Alabama congressional district map underrepresents black voters, in violation of the Voting Rights Act.

“Black voters make up 27% of the population, but they only control 15% of congressional districts,” said Deuel Ross of the NAACP Legal Defense Fund.

“It’s just not fair and it’s important that we fight this case,” she said.

The state of Alabama argues that further consideration of race would result in discriminated districts and would discriminate against groups such as White Republicans and Black Republicans.

“Suffrage Act designed to remove discrimination from voting. (It) cannot be used to discriminate against the state,” said Edmund Lacour, Alabama Attorney General.

“The fundamental position for the state today is that our Legislature did the right thing,” added Alabaman Attorney General Steve Marshall.

Alabama lost its case in a federal court that ruled that the new congressional districts discriminated against black voters.

However, the Supreme Court ordered the new maps to go into effect in the upcoming midterm elections while it heard the appeal. The court is expected to rule on the case next year.

The Kalamazoo Marathon brings back the 26.2 mile race

Beautician, now a quadruple amputee, is looking for new weapons