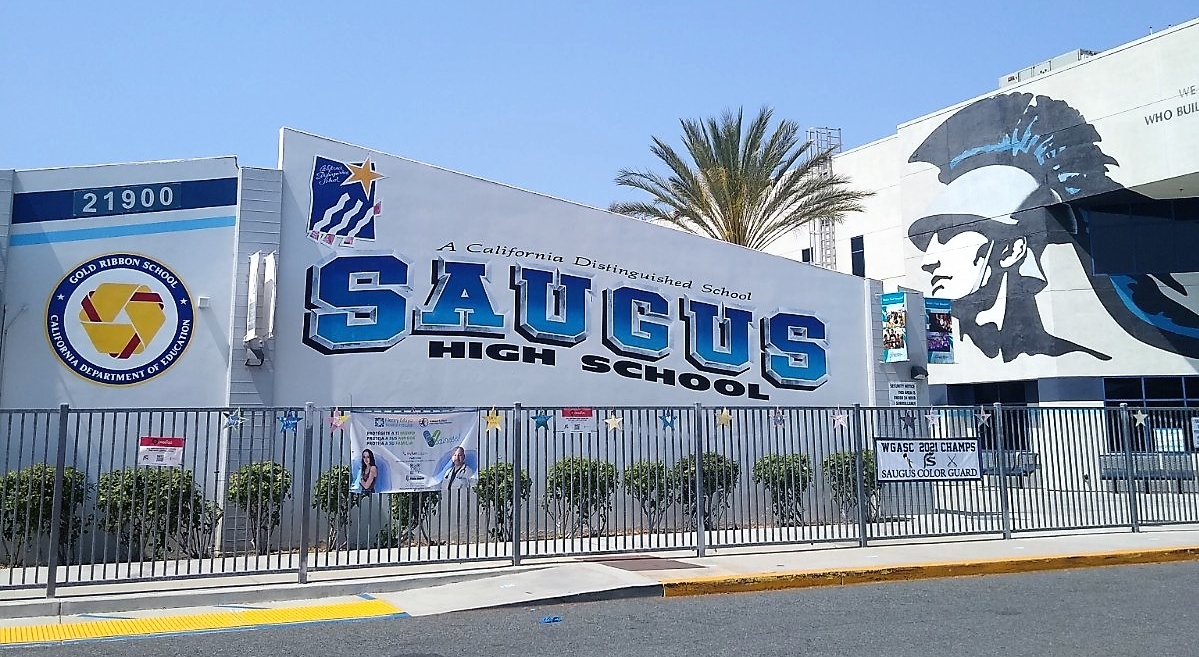 SANTA CLARITA — The William S. Hart Union High School district superintendent said the Saugus High School football team can no longer use the “thin blue line” flag at games in their pregame ceremonies, a decision by the coach of the team reflects.

The decision has sparked emotional debate and tension among community members, administrators, school board members, gamers, and students.

A black and white replica of the American flag with a single horizontal blue line, the flag has become a symbol with multiple meanings. Some see it as a way to help law enforcement. Others see it as a symbol to combat the Black Lives Matter movement and a symbol used by white racist and extremist groups.

Hart County Superintendent Mike Kuhlman said in a letter to the community that use of the flag was controversial.

“Just three days ago, I became aware of my concern about this symbol being flown at Saugus High School football games,” Kuhlman wrote in Wednesday’s letter. “Despite emails of immediate action and threats of consequences if certain steps are not taken within a specified timeframe, we decided to take the time to fully understand the issue and respond diligently.”

Saugus high principal Geni Peterson Henry told the Los Angeles Times she met with football coach Jason Bornn, who said he was “not even fully aware of the banners in question,” adding that the team disagreed to use the flag before the games.

“…(It) occurred to (Bornn) that it’s possible that some players on the team might not be entirely enthusiastic about an icon used to represent the entire team,” Kuhlman wrote.

Bornn decided to stop using the flag “out of respect for his commitment to inclusivity, kindness and respect…” the Times reported.

Kuhlman wrote in his letter to the community that the district was looking at alternative methods to show support for law enforcement.

“Please note that this decision does not result in a change in support for law enforcement,” Kuhlman wrote. “The enthusiasm behind our district’s support of law enforcement is not measured by acceptance or rejection of any particular symbol.”

Hart Board President Joe Messina said it was an insult to the district to decide not to let the team use the flag.

“Personally, I believe this is a slap in the face to those who ran into danger at Saugus High School,” Messina said during a school board meeting Wednesday.

Saugus High was the scene of a deadly mass shooting in 2019. The students and some members of the Saugus High football team were freshmen when the shooting occurred. It resulted in three student deaths and two wounded. The shooter shot himself before police arrived at the school.

Community spokespersons at the school board expressed support and opposition to the decision.

A speaker who said she was a 28-year veteran of the LAPD said she was dismayed and upset by the decision to stop using the flag.

Another speaker, a parent of students in Saugus public schools, said there were “a thousand other ways” to show support for law enforcement.

Kwasi Kwarteng crashes while love-in in the bond market

Inspired Giving: Bell’s launches a program with water conservation as an initial focus